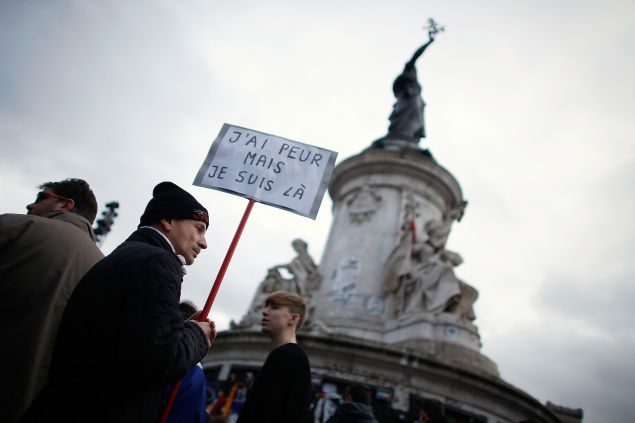 A man holds a placard reading ‘I am afraid but I am here’ during a gathering on Place de la Republique on January 10 in Paris (Photo: Thomas Samson/AFP/Getty Images)

A political climate that can sometimes seem to be dominated by anti-Israel rhetoric can be disheartening to those who care about the security of the Jewish state and the safety of Jews worldwide. This is why I was so pleased to hear former French President Nicolas Sarkozy uphold his commitment to supporting France’s Jews and doing everything possible to make them feel safe. 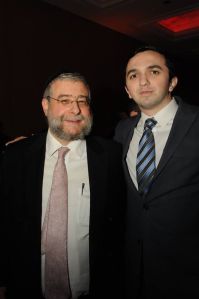 The author, on the left, with Rabbi Pinchas Goldschmidt, head of the CER and the Chief Rabbi of Moscow.

Upon the invitation of Rabbi Pinchas Goldschmidt, chief rabbi of Moscow and president of the Conference of European Rabbis (CER), I attended the organization’s historic dinner on Sunday, January 10, in London. There, former President Sarkozy was honored in recognition of his strong ongoing relationship with the Jewish community. At the dinner, the CER presented the 2015 Internet Entrepreneur Prize Award to John Harper, the founder of Rize, a mobile app designed to help those struggling with depression and anxiety. Closing remarks for the evening were given by one of the world’s leading Jewish female philanthropists and one of the founders of the Matanel Foundation, Joelle Aflalo.

Mr. Sarkozy’s remarks during the reception reaffirmed some of my faith in European politicians. Mr. Sarkozy expressed his concerns about the rise of radical Islam in the Middle East and the dangers it poses to Western civilization. He decried anti-Semitism as today’s racism and he was adamant in his opposition to the Boycott, Divestment and Sanctions movement, which seeks to punish Israel for imagined humanitarian infringements.

Without its Jews, ‘France would not be France.’

It was refreshing to hear a former head of state in Europe condemn the BDS movement, especially when so many celebrities, who seem just to be looking for a cause to attach their names to, have expressed support for it. Of course, Mr. Sarkozy is not the only politician to come out against BDS; a few months ago London Mayor Boris Johnson said that he “cannot think of anything more foolish, than the BDS movement.”

While I always find it gratifying to hear politicians stand with Israel, Mr. Sarkozy’s comments meant even more as he cemented the relationship between himself and French Jewry.

Mr. Sarkozy told those gathered at the dinner: “We do not want French Jews to leave France because they are afraid. We want them to be comfortable to wear a kippah. We must stand up to protect our Jewish communities. It is impossible not to. We didn’t fight the Nazis to force the Jews to run to Israel 70 years later.”

There was a profundity in seeing the tremendous camaraderie that exists between Mr. Sarkozy and the representation of European Jewry at the event. We are living in perilous times for Jews across Europe, especially in France where young Jews are assaulted as they walk to yeshivas and Jews are met with violence simply for wearing a yarmulke.

Just the day before, Parisians commemorated the one-year anniversary of the Porte de Vincennes hostage crisis at the Hypercacher supermarket, during which a terrorist with links to ISIS stormed the kosher grocery and murdered four hostages. At a memorial ceremony, French Prime Minister Manuel Valls discussed the need to protect French Jews and assured the public that he considers the Jewish community’s security to be paramount.

There was an 84 percent increase in anti-Semitic hate crimes in the first five months of 2015—attacks, graffiti, slurs and anti-Semitic protests leave Parisian Jews fearing for their lives and their synagogues.

Mr. Valls said that, without its Jews, “France would not be France.” He said that he found it unbearable “to see French Jews leave their country, in larger and larger numbers, because they no longer feel safe.”

Due to fear of anti-Semitic attacks and growing anti-Semitic sentiment, more French Jews immigrated to Israel in 2015 than every before, according to the Jewish Agency.

And they have reason to fear. According to French officials, there was an 84 percent increase in anti-Semitic hate crimes in the first five months of 2015 when compared to the same timeframe in 2014. There have been anti-Semitic attacks, graffiti and slurs; there have been anti-Israel protests that have rapidly turned into anti-Semitic protests, leaving Parisian Jews fearing for their lives and their synagogues.

This problem has been serious for some time and every day growing more so. While it is comforting to hear Mr. Sarkozy and Mr. Valls express their desire to protect French Jewry and strengthen the existing relationship between France and the Jews, we cannot leave it to them. Our Jewish community needs to foster relationships with these governments and heads of state to ensure that the Jewish community is secure.

In the CER, it is precisely this objective that is being sought and accomplished at incredibly high levels. The organization over the last few months alone has held meetings with Pope Francis in Vatican City and Greeceąs President Prokopis Pavlopoulos in Athens. But we should not leave it to the CER to face down this threat alone; American Jewry should partner with the CER and work toward the same goals.

I thank Mr. Sarkozy for his recent remarks, but only see them as a jumping-off point—and hope other Jews do, too.

Our role should be more than just discussions about the issue and instead should be proactive involvement and participation with organizations like the CER. 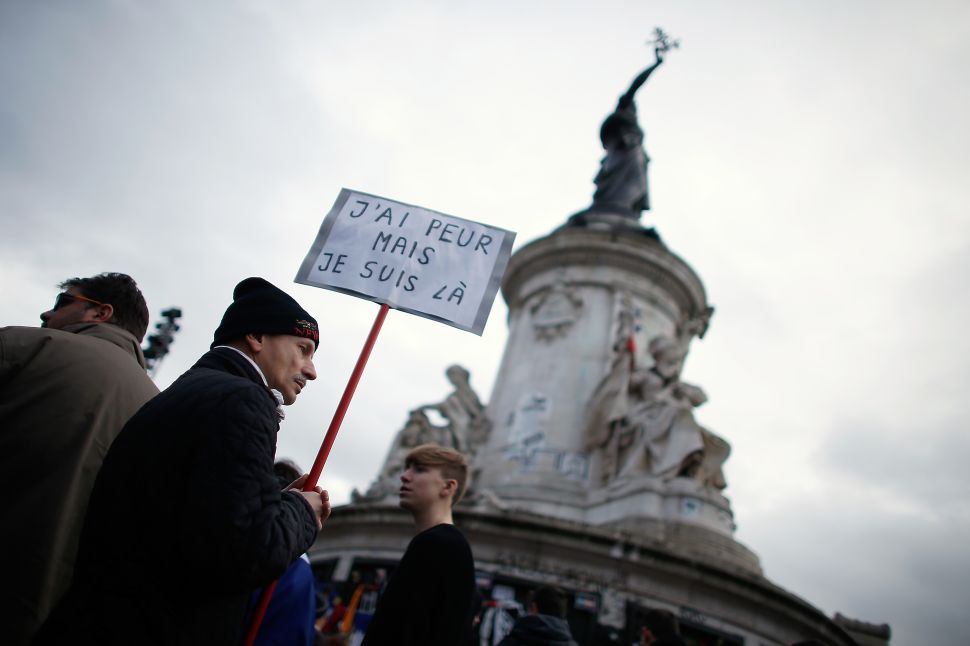