The message from the public has been clear this presidential cycle. Anti-establishment rhetoric has brought avowed socialist Senator Bernie Sanders (D-VT) to an equal plane with Hillary Clinton, while Donald Trump has held onto a commanding twenty-point lead against his closest rival, Senator Ted Cruz (R-TX). Dissatisfaction with the Washington status quo has been the only common thread, and some of New Jersey’s most prominent party chairmen think that trend could continue when the primaries begin next month.

Sanders and Trump have seen continuing strong returns on frustration and resentment. Governor Chris Christie is still jockeying for second place in New Hampshire in a bid to stay in the game. And the new wildcard, former New York City Mayor Michael Bloomberg’s potential independent run, could detract from either side’s share of the centrist vote. Whether Christie, Bloomberg or Clinton can outpace the anger remains to be seen.

“It’s really troublesome to see people like Ted Cruz, Donald Trump, Bernie Sanders,” said Vin Gopal, Monmouth County Democratic chairman. Pointing to their lack on endorsements from sitting legislators, Gopal said he was unnerved to see so many willful, uncompromising candidates dominating the polls. “Why aren’t any of their colleagues who they work with each and every day, talking about supporting them? That should be a red flag for a lot of people.”

Gopal added that Trump stands out from even Cruz and Sanders for his refusal to compromise.

“Donald Trump has never had to govern anything. And when you’re a CEO, your board of directors isn’t 535 members of Congress. So I think that Donald Trump is playing to a lot of people who are just angry.

“I think the entire Republican field is a little scary.”

As for Sanders, Gopal said that the senator’s iconoclastic streak combined with his far-reaching economic policy platform could lead to a breakdown of support from Democratic leadership and the center left. Gopal, despite his own progressive sypathies, believes Sanders’ focus on reining in corporate tax breaks would fail to create economic growth for the middle class on its own.

“I still understand the role of small businesses, trying to keep taxes low, trying to make things affordable. I’m not totally convinced that Bernie Sanders understands any of that, which is a problem for pro-small business Democrats. There’s a difference between being pro-corporation and being pro-main street.”

“People are fed up,” Gaburo said. “I think that what we see is that people are fed up in both parties. While he and Mr. Trump are polar opposites from a policy standpoint, I think his rise is equally attributable to the rise of Mr. Trump.”

After Bloomberg’s announcement that he would consider a run, especially if Sanders wins the nomination against Clinton, there may be a more conventional candidate on ballot after all. Gaburo said that Bloomberg would have a tough row to hoe and could hurt Republicans’ chances of cutting into Sanders’ or Trump’s momentum.

“If history is any guide, an independent run is a very steep slope. We saw that with Perot when he ran and really the net of the Perot candidacy was to hand the presidency over to Bill Clinton.”

Burlington County Republican chairman Will Layton disagreed, saying that a Bloomberg campaign would be be a boon for Republicans. The billionaire fiscal conservative could have trouble garnering support from conservatives who object to his stances on issues like abortion and gun control, while splintering Clinton’s vote to the benefit of Republicans.

“Everybody knows he started out as a Republican, and he’s basically a liberal Democrat at this point,” Layton said of Bloomberg. “If people do associate him with some of the liberal stances he’s taken over the years, he’s definitely going to be harmful to a Hillary candidacy. There’s no question about it, it would help any Republican to have him in the race.

As for Christie’s chances of regaining the buzz he enjoyed earlier this month when polls saw him pulling ahead of rivals like Ohio Governor John Kasich and Senator Marco Rubio (R-FL), Gopal offered that he believes it would be a mistake to count the governor out. Gaburo and Layton said the caucus is still confident that Christie, never one to shy away from aggression and controversy himself, will have a strong showing.

“I think on election night he’s going to have a good night,” Gaburo said. 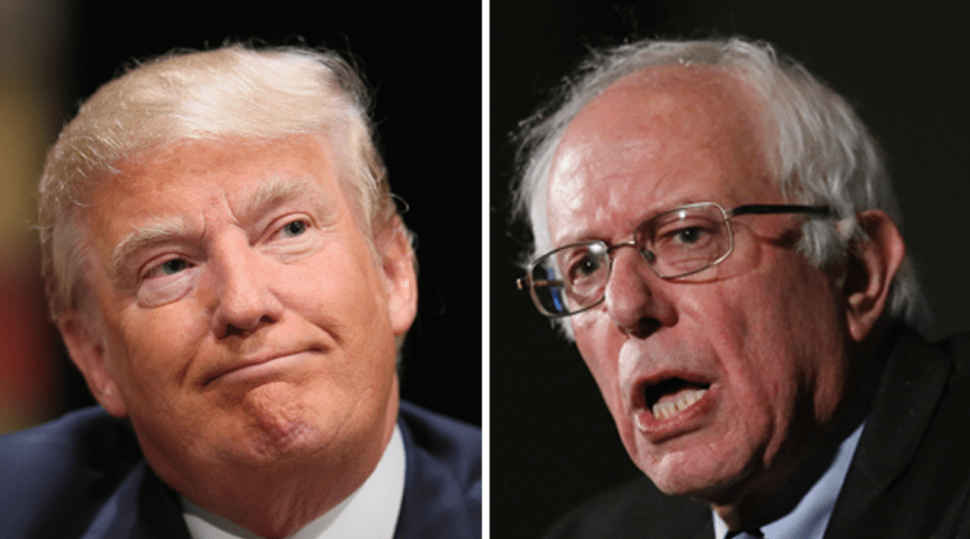