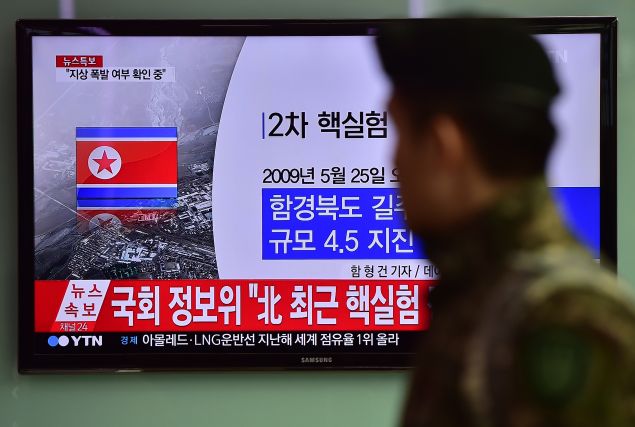 A South Korean soldier walks past a television display showing a news report at a railroad station in Seoul on January 6, after seismologists detected a 5.1 magnitude tremor next to North Korea’s main atomic test site in the northeast of the country. North Korea said on January 6 it had successfully carried out its first hydrogen bomb test, marking a major step forward in its nuclear development if confirmed. (Photo: Jung Yeon-Je/AFP/Getty Images)

According to North Korean State television, the country has allegedly detonated a hydrogen bomb. If confirmed, the test would be the first ever for the North Koreans.

“The test is not only a grave provocation to our national security but also a threat to our future… and a strong challenge to international peace and stability,” South Korean President Park Geun-hye said at an emergency meeting of South Korea’s Security Council. Ms. Geun-hye has called for sanctions against North Korea.

Because of the reclusive and oppressive nature of the North Korean government and their emphasis on military power, the country’s nuclear capabilities are of harrowing concern for the rest of the world. President Obama has called North Korea’s nuclear program a threat to the United States and international security.

Yet many experts are skeptical—given the limited nuclear capabilities North Korea has exhibited thus far—and, although the alleged hydrogen bomb created an earthquake measuring 5.1 on the richter scale, the test has yet to be confirmed.

“North Korea appears to have had a difficult time mastering even the basics of a fission weapon, starting with a first test of apparently less than one kiloton and achieving only about 10 kilotons by its third nuclear test, seven years later,” Bruce Bennett, a Senior Defense Analayst at RAND, a nonprofit global policy think tank, wrote in a recent op-ed for CNN. “This suggests that unless North Korea has had help from outside experts, it is unlikely that it has really achieved a hydrogen/fusion bomb since its last nuclear test, just short of three years ago.” 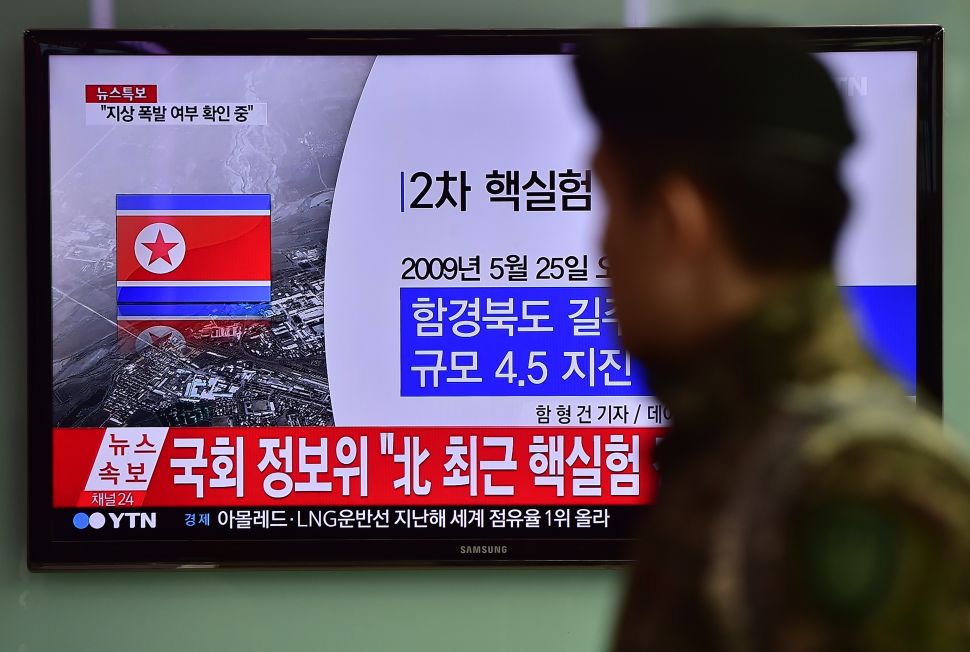