Gov. Andrew Cuomo has announced a $1 billion plan to renovate and expand the Javits Center to 3.3 million square feet, a more than 50 percent increase from its current size, The New York Times reports. Not that everyone’s a fan of funneling public money in convention centers: “some analysts contend that the convention business contributes little to the economy, as cities across the country discount fees to lure the same shows.”

The City Council plans to bypass the de Blasio administration on Uber, introducing its own legislation to regulate the app-driven driving service, The Wall Street Journal reports. The de Blasio administration has stalled a plan to cap the number of Uber vehicles awaiting the results of a four-month study on congestion that was expected to be completed in November. The City Council legislation would not cap the number of vehicles, but would “require the company to make Uber cars more accessible for the disabled, including those with sight and hearing impairments, along with making it easier for drivers to get licenses to operate. The council also wants to change regulations on for-hire vehicles.”

Macy’s is trying to sell stakes in its flagship stores to investors, including its Herald Square location, Bloomberg, via Crain’s reports. “Macy’s is under pressure from activist investor Starboard Value, which wants the retailer to extract more value from its property holdings. Macy’s said in November that it won’t form a real estate investment trust, a move Starboard had endorsed as a way to boost the stock price.”

When people think Brooklyn, they think brick and brownstone. But The New York Times reports that’s there’s a growing cadre of metal-clad houses in the borough: “in areas where no zoning or preservation laws prevail that would pose a hurdle, some Brooklyn homeowners are opting to build or renovate their homes with a metal exterior, thanks to its relatively low cost, durability and sleek, modern feel.”

And also, hipster gentrifiers: Gothamist reports that just because a Bushwick-based gallery has cancelled plans to celebrate the neighborhood’s 200 “most influential” residents—a list that was criticized for racial bias—doesn’t mean the brouhaha has ended.

Another victory for income inequality: tax break for one-percenters have fueled yacht sales, Crain’s reports. Last year New York capped sales taxes on the first $230,000 of a yacht’s purchase price, buoying boat sales at the annual Javits Center boating event. New York is one of several states that is, as Crain’s puts it, engaged in a regatta to the bottom, attempting to drive boat sales by slashing taxes for the rich.

Speaking of one-percenters: John Krasinski and Emily Blunt have listed their Los Angeles home, a three-story, 4,900 manse with a rooftop pool, for $8 million, according to The Wall Street Journal. 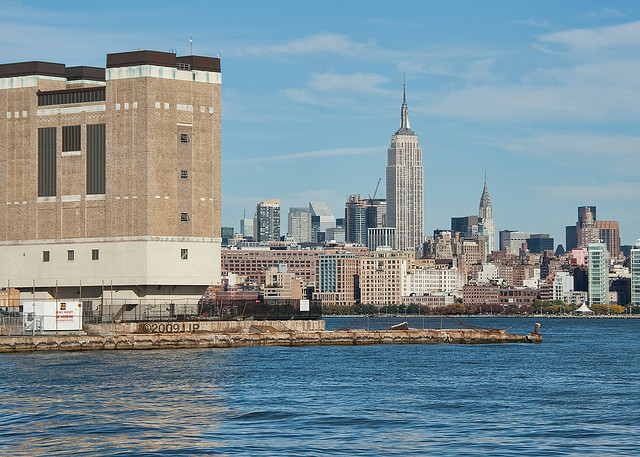