So it turns out that Brooklyn is too expensive even for Morgan Stanley, which may be uprooting its back office workers at One Pierrepont Plaza in favor of cheaper digs, Crain’s reports. “It seems likely the Brooklyn back-office jobs would be transferred to Bangalore. Last year, Morgan Stanley leased 184,000 square feet of space in that Indian city, which it said can house 1,400 employees.”

And Manhattan is too expensive for big, single-screen theaters: the Ziegfeld is going to become a ballroom, Gothamist reports. Because a ballroom is profitable! Hey, at least it’s not a condo. The movie theater is expected to close within a few weeks!

More than 140 bones and bone fragments—likely the remnants of an African burial ground—have been discovered beneath the Harlem bus depot, The New York Times reports. Like the discovery 25 years ago of the African Burial Ground in Lower Manhattan, the find in East Harlem offers a poignant, tangible link to black history, whose traces were ignored or discarded for generations by historians who chronicled New York from a white, European standpoint.

In other burial related news, a proposal to turn Hart Island, the city’s enormous potter’s field off City Island, over to the Park’s Department, has not been met warmly by Parks, which says it does not have the resources to manage a cemetery, The New York Times reports.

Small manufacturers at Industry City are finding some of their workers locally, Crain’s reports, like throw pillow company Alexandra Ferguson, which hired five local seamstresses to sew its $100 pillows.

Empire State Development is putting off voting on the new residential development in Brooklyn Bridge Park, Politico New York reports—the already controversial project that became even more so when the de Blasio administration proposed adding an affordable housing component, which would not help to finance the cost of the park.

And the building industry is fretting about the expiration of 421-a, according to The Wall Street Journal.

In praise of Applebee’s: a Gothamist writer extols the virtues of cheap drinks at eats, soggy and “oddly flavorless” as they may be, at the chain’s New York locations. 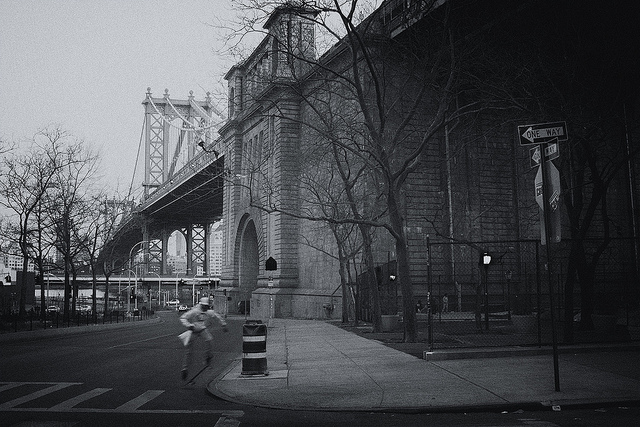