Steve Witkoff is halting his plans to convert the Park Lane hotel on Central Park South into luxury condos, citing the fact that, in the super-prime market “demand is not what it was,” Bloomberg reports.

Be that as it may, the Jehovah’s Witness headquarters and a few adjacent buildings in Brooklyn Heights are still expected to fetch as much as $1 billion when they are put on the market to the highest bidders, The New York Times reports. The sale would mark the culmination of the religious group’s real estate cash out of the city.

Developers say that rather than stimulating affordable housing, a property tax cap in the city would have an inverse effect—spurring luxury housing while sapping funding for affording housing, which is usually tax exempt anyway, Crain’s reports.

Meanwhile, misallocated tax exemptions have resulted in some $10 million in breaks going to corporate owners of indoor parking spaces, cabanas and storage spaces which were classified as co-op and condo units, and therefore eligible for tax exemptions intended for residential property owners, the New York Post reports. “The city handed out millions in tax abatements to corporate-owned condos, parking spots and cabanas because no one bothered to review basic tax records,” comptroller Scott Stringer told the paper.

The Ziegfeld apparently closed for good last night, the New York Post reports. The movie theater, which is slated to become a ballroom/events space, was reported to be closing, but there was little fanfare heralding last night’s curtains.

The majority of people who staff the city’s cultural institutions are—not so surprisingly—white, Gothamist reports. One staffer blames many institution’s low, non-competitive salaries for favoring the privileged.

In other cultural conundrums: Gothamist writer Jen Carlson questions her colleague’s assertion that everyone should split the restaurant bill equally no matter what they ordered. Only when orders are “close enough” she insists.

This weekend, swimmers will gather for some very cold outdoor swimming at La Marina in Inwood for the U.S. Winter Swimming Championship, DNAinfo reports. 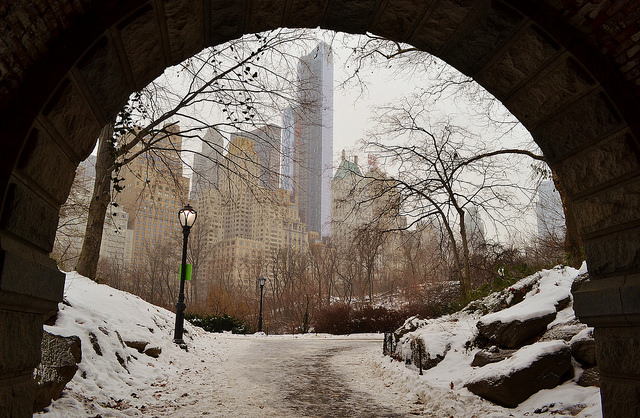