When the nominations for the 88th annual Academy Awards were announced this morning, the first thing many people noticed was that for the second year in a row, no actors of color were nominated in the four acting categories.

Even the nominees from films about minorities were white—Sylvester Stallone was nominated for Best Supporting Actor for Creed, and the white screenwriters of Straight Outta Compton also received nominations.

Twitter users commented on this using the hashtags #OscarsSoWhite and (since this is now a pattern) #Oscars StillSoWhite. They also expressed hope that Oscar host Chris Rock would address the controversy in his monologue:

So every actor of color will be asked to present awards this year, just like the last time. #OscarsSoWhite

If POC aren't cast in the prestige dramas that are typically nominated, it's really no surprise that #OscarsSoWhite https://t.co/EJbNdVsjZ6

W all due respect to Stallone, who was good, the white guy in one of most important black films of 2015 is who gets the nom? #OscarsSoWhite

#OscarsSoWhite that Rocky got nominated in a movie about Apollo Creed's son.

I bet you Straight Out of the Cotton Fields would have had several nominations. SEVERAL!!!#oscarssowhite #OscarsStillSoWhite

These Oscars could forcibly occupy a government building and still not get called terrorists. #OscarsStillSoWhite

One positive about #OscarsStillSoWhite is now Chris Rock has some juicy material to work with as a host. He better rip that room APART!

Sorry @MichaelB4Jordan and @IamWillSmith as soon as you play a drug dealer, gangster or slave you will win Oscar. #OscarsStillSoWhite

I hope @chrisrock delivers the most hilarious and uncomfortable #Oscar opening ever. #OscarsStillSoWhite

Will Mr. Rock and other presenters comment on the lack of  diversity? We’ll have to wait until Feb. 28 to find out. 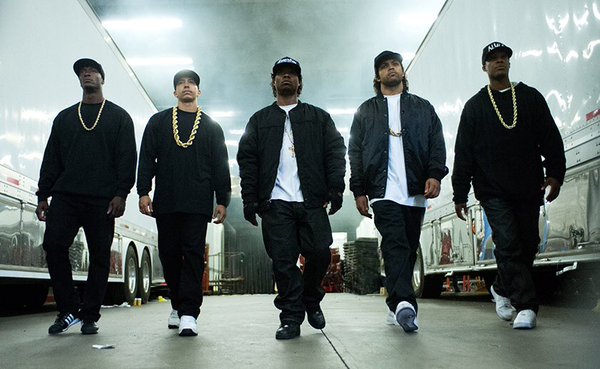