In years past—olden times and post-college times—it was a coup to land an apartment in a building with a laundry room in the basement. Hauling dirty clothes and towels across the street never gets fun (especially if that street is, say, Second Avenue and a subway tunnel is in the works). Perhaps you had an elevator. Hauling groceries up six flights never gets easier, nor does your strength increase or your weight decrease due to this forced exercise. (Fortunately it’s possible your refrigerator wasn’t full-size.)

Perhaps you graduated to an elevator, then a doorman and a gym. Today, however, these elements are more likely to be considered necessities than amenities. Comfort and pleasure are expected, and increasingly built in. And while anyone who has ever had a private washing machine and dryer can assure you their quality of life was vastly improved, it’s simply not enough anymore. The city’s newest residential buildings—many still in the works—are offering oh so much more.

“We’ve gotten very spoiled in life and part of the spoiling is convenience,” said Barbara Fox, founder and president of Fox Residential. “Amenities have become a part of life we expect to have. Developers hire people to create amenities packages and analyze what other buildings have. Each building tries to outdo the last one.”

Why ever would you settle for a mere gym when you could be rock-wall climbing (10 Hanover Square),  or putting on a green (561 10th Avenue), or recovering in a sauna (160 West 62nd Street)? How about a lighted outdoor tennis court (229 West 60th Street)?

Scott Avram, senior vice president, Lightstone Group, said you’ll struggle to find a new building these days without a “laundry list” of amenities, soon to include outdoor swimming pools, which the city began approving last year, after some two decades. Lightstone’s 428-unit luxury property at 30-02 39th Avenue in Long Island City will have one, surrounded by a huge sundeck of course. Monthly rentals will start in the low $2,000s.

“We’ve gotten very spoiled in life and part of the spoiling is convenience,” said Barbara Fox, founder and president of Fox Residential. “Amenities have become a part of life we expect to have. Developers hire people to create amenities packages and analyze what other buildings have. Each building tries to outdo the last one.”

Or multiple game rooms: one for every age group, from babies to tweens to adults. “In recent years, we’ve seen a growing demand for amenity spaces that appeal not only to young children, but teenagers as well,” said Beth Fisher, senior managing director of Corcoran Sunshine Marketing Group, which works with many luxury residences across the city.

“People love the sound of a lot of amenities,” said Paul Zweben, Elliman broker with 10 years of luxury residential experience. “If they are paying top dollar, they want the goods.”

Like his peers Mr. Zweben said the starting point for every potential luxury tenant, the base, is a nice gym, a roof deck and private storage. But why stop at the start? “People drool for Sky,” he said of the new Rockwell Group-designed building at 605 West 42nd Street where monthly rentals start at $3,056 for a studio. Here you’ll find a multi-level gym, yoga and Pilates rooms, sauna and steam rooms, spa, basketball court, indoor playground for kids, a lap pool and two zero-edge outdoor pools, a bike valet, and a concierge to facilitate any lifestyle request. Mr. Zweben noted similar drooling over New York By Gehry.

But do these extreme amenities exist simply to distract renters from the ever-escalating cost of land and development that’s passed along? Are they a marketing tool? Or are they a real service?

A lure that she admits hooks tenants. Ms. Fox recently had a client who wanted to wait to move in to a new building until all the amenities were open. People think they will use them, she said. “They think harder and longer about it if [a building] doesn’t have them.”

“As a developer it’s always really interesting to consider what amenities will be used and are meaningful versus what is marketable,” said Mr. Avram. “People love seeing amenities and telling their friends what they have. Take concierge services. It sounds great. Everyone loves talking about it, but few people, especially in rentals, use them because you still have to pay for what you want.”

‘People live, work and play at home, which doesn’t necessarily mean in their apartment. You sleep in your apartment then go use the different features in the building.’—Scott Avram of the Lightstone Group

At Lightstone’s newest properties, if you can name it, they have it. And they’re not alone.

“Amenity packages in our buildings are always evolving based on the latest needs and interests of our residents,” said Sofia Estevez, executive vice president at TF Cornerstone. “We conduct regular resident surveys. We’ve found that outdoor spaces with grills and lounges are the most popular amongst our residents.” At the company’s 4545 Center Blvd property in Long Island City, where monthly rentals start at $2,680, the landscaped terrace, she said, “continues to be a truly memorable and highly used amenity for residents.”

Off the record some building managers admit gentle use of much of what’s on offer. But somewhere between a reliable paycheck and a refusal to leave for the suburbs, drama, fine arts, music, restaurants, sports and countless other opportunities and activities that pull other New Yorkers out are usurped by diaper genies and bath toy bags. The most kid-filled buildings see frequent use of pools, playgrounds and party spaces.

“There’s a cultural shift. People are either not moving to the suburbs, or not as quickly, but if you have kids you need a place for them to go and something for them to do,” said Mr. Avram.

An informal poll suggests that there’s more to it than entertainment for the kids. Parents need adult interaction, and where better to find like-minded (read: like-incomed and experienced) folks than in your building? And finding those folks happens before kids, too.

“Single people are meeting other single people in these lounges,” said Ms. Fox. “You don’t even need to leave your building anymore.” She noted the expansion of working at home and the nonstop work week as also contributing to the desire for more options under your own roof.

“People live, work and play at home, which doesn’t necessarily mean in their apartment,” agreed Mr. Avram. “You sleep in your apartment then go use the different features in the building.”

In Downtown Brooklyn, where the 48-story City Tower began leasing its 440 apartments in October, there are amenities like a basketball court and two massive (one is 10,000 square feet!) decks with views of Manhattan. And the residences are on top of the 27,000-square-foot DeKalb Market Food Hall, which will soon house dozens of vendors. Malls, as you surely know, are all the rage across this fine city and count as an amenity when, say, you don’t need a coat to stop in.

“City Tower’s amenities reflect what we see as most in demand for young professionals,” said Thomas Brodsky, a principal at The Brodsky Organization, citing spacious outdoor areas and recreation spaces including “a well-equipped fitness center, bocce court and basketball court with views onto the large landscaped terrace and urban gardening space designed by Lee Weintraub. As we feel we understand what today’s renters are seeking to complement their homes, all of the amenity spaces are located above ground and near each other to create the energy of community that residents appreciate.”

“When we started thinking about the building and the residents we envisioned someone young, who works hard, coming to Downtown Brooklyn because they need to be surrounded by what they need to be healthy and happy,” said Aron Gooblar, vice president at Washington Square Partners, which along with BFC Partners, is developing the site. Gooblar noted the gym, outdoor terraces, roof and the commercial space below: Dekalb Market, Alamo Drafthouse and Trader Joe’s (get off the subway in the building, pick up dinner, go upstairs). For families, he said, the building has a kids room with books and things to climb on. There’s also a concierge and a cinema is in the works—a 15-or-so-seat screening room where it’s hoped independent filmmakers will visit and speak, and residents will create film series of their own. And, he added, “It may not be sexy but we have lots of storage, too: bikes, lockers, an enormous package room and even cold storage for food deliveries.”

Making life easier is what it’s all about, Mr. Gooblar said.

“It’s not just luxury housing that is offering these types of amenities,” said Robert S. Nelson, president of Nelson Management, which has 25 years of experience as owner and manager of more than 6,500 residential units in the city. “Over the last several years, tenants in our mixed-income properties have become more discerning when it comes to amenities,” he said.

Hunters Point South Commons in Long Island City (1-50 50th Avenue) and its sister, Hunters Point South Crossing (1-55 Borden Avenue), the most lauded affordable housing of our time, where monthly rentals start at $494 for the lowest income applicants and $1,561 for others, have a farm, a garden and a pet spa, in addition to landscaped and lounge-chaired terraces, tech lounges and playgrounds for kids.

If spoiled is the new expected, what’s next? Here’s hoping you get out to the theatre or a museum after you and your pet have a steam following playing hoops at home. 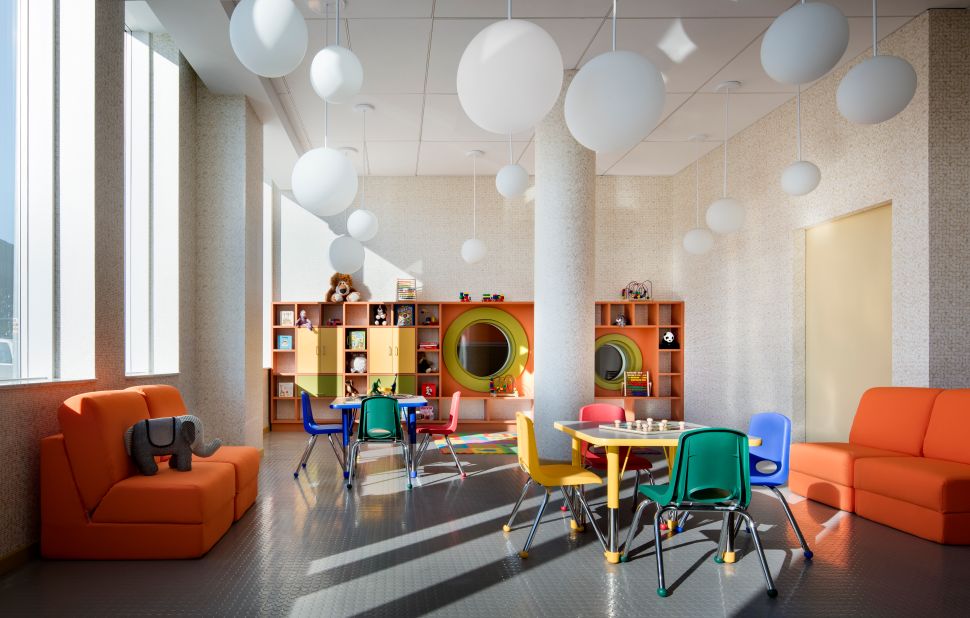