Amid the swoons on Wall Street and whispers of a real estate market top, the Treasury Department’s plan to begin identifying anonymous all-cash buyers behind shell companies did not go unnoticed.

The regulations, which go into effect for six months beginning March 1, govern all-cash transactions over $3 million in the borough of Manhattan, requiring title insurance companies to report the names of individual buyers to the government, ostensibly so the government can peel back the veil of anonymity that has allowed foreign buyers to use luxury real estate in the city as a storage unit for illegal money.

“Foreign-flight capital isn’t itself of great public policy concern, but capital that is parked here by people who have obtained it through corrupt, illegal means is of growing interest to the government, and rightfully so,” Columbia Law School professor Daniel C. Richman, a former federal prosecutor, told the Observer.

Reaction to the new regulations was mixed, though most agree that any effects will be felt mostly by new condo developments, where LLC transactions tend to be concentrated.

What was nearly unanimous was confusion over the regulations themselves, including the timing. After The New York Times published a high-profile series last year on the LLC phenomenon in the Time Warner Center, Mayor Bill de Blasio imposed disclosure requirements on shell companies buying and selling residential property within the city. That move, however, did not garner nearly as much attention as the recent Treasury measures.

“The intent behind [de Blasio’s] policy had to do only with transfer tax collection,” said Aaron Shmulewitz, a real estate attorney at Belkin Burden Wenig & Goldman. “It probably does play a role in the new federal initiative,” he conceded. “They don’t want U.S. citizens hiding behind LLCs and somhow escaping income taxes as a result, so that’s probably a very large part of the regulations—in the [de Blasio] rule, that was the sole purpose.”

“Not everyone who owns an LLC is involved in criminal activity,” Sonia Alleyne, a spokeswoman for the city’s Department of Finance, told the Observer. “But we did see the LLC was a nice shell for a lot of illegal activity, one of which was fraud and tax evasion—that’s what we’re finding through these investigations.

The Treasury’s regulations have greater implications than the city’s rules, because it’s the first time the federal government has intervened in this way. “This is, to some degree, broader in that it’s asking for the identity of all members of the LLC as opposed to just who holds the majority interest,” said Edward Mermelstein, a partner at real estate law firm RheemBell & Mermelstein.

Meantime, real estate professionals are wondering how the new rules will affect the luxury market.

“The worst thing that can be applied to any housing market,” said Jonathan Miller, CEO of appraisal firm Miller Samuel, “is delivering uncertainty. Whenever there’s uncertainty in a market, consumers pause.”

“There is a much wider net being cast than, I believe, who is doing something actually illegal,” Mr. Miller said. “It’s overcompensation, and the fact that it’s six months suggests to me that it is a test. What they are going to find is very little activity.”

Due to the temporary nature of the regulations, potential buyers may simply wait it out. Exceptionally determined buyers, however, will find loopholes.

“Foreign oligarchs who have millions, if not billions, will hire the best attorneys to advise them how to have their cake and eat it too,” Mr. Shmulewitz said. “If they still want to park cash in a new-construction, sexy, glitzy condo, they will find a way—they’ll have nominee agreements and the anonymity and apartment they crave.”

“People will still find ways around it,” agreed Douglas Elliman broker Richard Steinberg. Some might even take out an unnecessary mortgage, which would remove them from the all-cash category.

And, a few people noted that shell companies do help provide privacy and safety for international buyers whose wealth may make them kidnapping targets in their home countries. Others simply don’t want their neighbors, friends and colleagues to know their real estate business.

“A lot of people now, including investment bankers and hedge fund people, buy condos in the names of LLCs because they don’t want their coworkers or partners to know they bought a $20 million condo,” Mr. Shmulewitz pointed out. “Regular Americans want anonymity for various reasons—some are afraid they’ll be sued, and don’t want anyone to know they own an apartment.”

“I think you just have to ask yourself, if you’re a billionaire and buying a place in the city for your family and don’t need a mortgage, wouldn’t you do something similar?” Mr. Miller said of the all-cash, LLC option.

“I’ve pulled out a desk full of deals closing before [March 1],” said Halstead broker Louise Phillips Forbes, who was on her way to meet with lawyers to discuss the rules’ potential ramifications. “About 50 percent of them are done in LLCs. And that’s not because they are money laundering, it’s because they want the luxury of privacy and protection from lawsuits.”

Whether the rules have a large or minimal impact remains to be seen, but it’s clear that they come at a precarious time for the city’s high-end housing market.

“The intention is correct,” said Mr. Miller. “Money laundering is not a good thing, but you’re damaging a wider scope than you’re intending, especially at a point where new development space, as Gary Barnett said last year, has peaked.”

“You’re introducing something at a vulnerable moment in time that impacts the broader market,” he added. “There will be a pause until buyers are comfortable with what the implications are.” 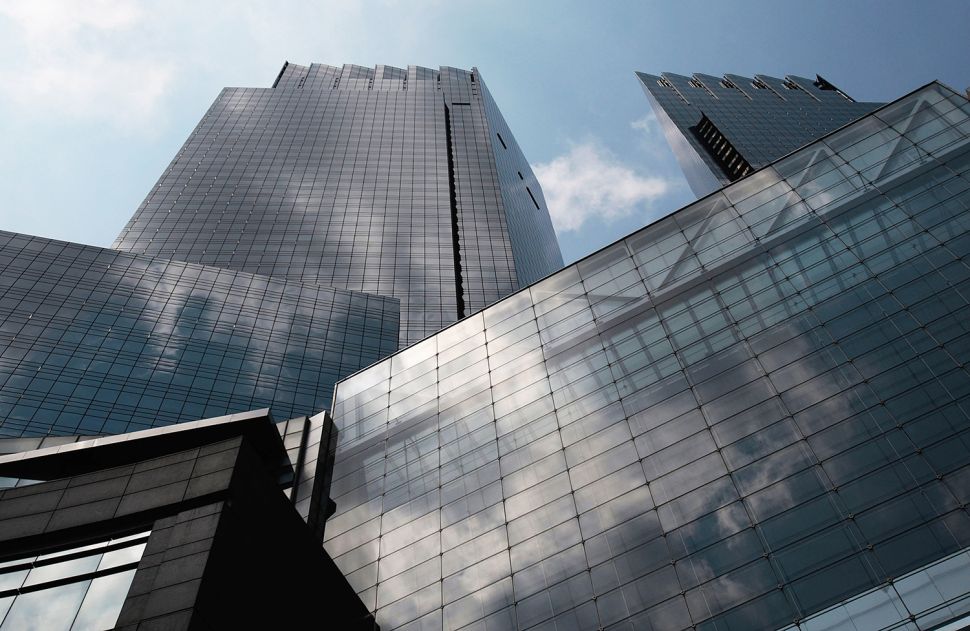