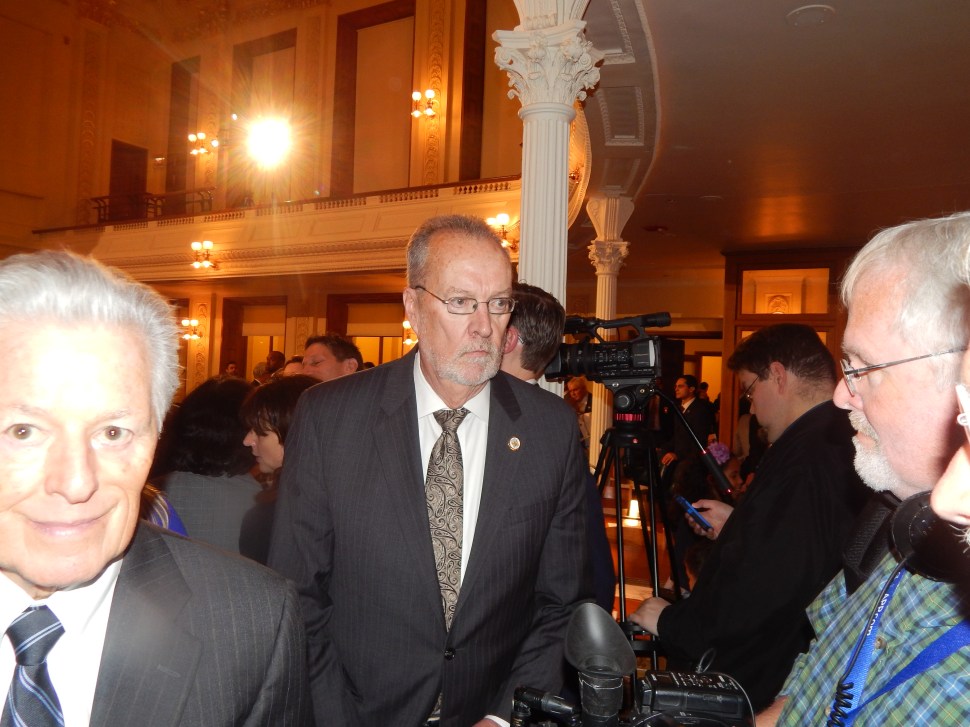 Good Thursday morning here in New Jersey, where Atlantic City supporters are blasting the threat of a state takeover and we take a look at the top issues facing the Garden State’s Latinos in the coming year.

Quote of the Day: “Everything the state of New Jersey operates turns to crap,” – Atlantic County Freeholder Ernest Coursey, on a new proposal to have the state oversee Atlantic City’s troubled finances.

Atlantic City Officials Sound Off As Opposition to State Takeover Takes Shape
Atlantic City saw a major upset this week when Senate President Steve Sweeney (D-3) announced a new state takeover bill, one that would hand over control of city finances to the state for 15 years. The announcement came as bills to rescue the struggling gambling capitol went back to Governor Chris Christie’s desk and the constitutional amendment to expand casino gaming into North Jersey passed the state Senate.
JT Aregood, PolitickerNJ Read more

Alex Law Claims He Was Frozen Out By Camden County Clerk
Upstart congressional candidate Alex Law, who is mounting a grassroots campaign against U.S. Representative Donald Norcross in South Jersey’s first congressional district, claims that he was denied access to crucial information about bracketing changes for the 2016 ballot. The bracketing information would be the key to whether Law’s name appears just under Norcross, or below a slew of Camden County freeholders on the 2016 ballot.
JT Aregood, PolitickerNJ Read more

Sources: Driscoll Considering Bergen Freeholder Run
Former Bergen County Freeholder chairman John Driscoll decided in 2012 that he would not be seeking reelection to the Board of Chosen Freeholders. Now, however, it seems that the Republican might be reconsidering.
Alyana Alfaro, PolitickerNJ Read more

The NJEA Weighs in on Pensions, Sweeney and the State of the State
On Tuesday, Governor Chris Christie delivered his annual State of the State address. In his speech, he blasted New Jersey’s Democratic-controlled senate and assembly for the ongoing push in the legislature to put a constitutional amendment on the November 2016 ballot requiring quarterly payments from the state be made to the pension fund.
Alyana Alfaro, PolitickerNJ Read more

Top 5 challenges for NJ Latinos in 2016
We all welcome the new-year with great expectations that whatever our shortcomings “en el año viejo” we will do better moving forward. We set our goals and recommit to staying on track. As a community Latinos should also do the same.
Patricia Campos, PolitickerNJ Read more

Despite Sanders’ Surge, NJ Clinton Supporters Still Confident
On Tuesday, the Monmouth University Poll announced that the most recent polling data put Vermont Senator Bernie Sanders ahead of former Secretary of State Hillary Clinton by 14 points in New Hampshire, the state with the first-in-the-nation primary less than one month away. But, according to Clinton’s New Jersey supporters, those numbers have not disheartened the Garden State’s Clinton delegation. They have energized them.
Alyana Alfaro, PolitickerNJ Read more

Media companies ask court to release names of unindicted co-conspirators in GWB trial
North Jersey Media Group, publisher of The Record, along with Bloomberg L.P., and other media companies including The New York Times Company and NBC Universal Media, sought Wednesday to intervene in the trial of two former associates of Governor Christie who are accused of a politically-motivated conspiracy to cause traffic chaos at an entrance to the George Washington Bridge.
Paul Berger, The Record Read more

Christie back in N.H., eyeing silver in presidential primary
Governor Christie is content with silver in New Hampshire.
With three weeks left before the first Republican primary vote is held in the Granite State, Christie said Wednesday morning that, given his once-moribund status several months ago, being the runner-up wouldn’t be so bad. Christie has invested heavily in New Hampshire but he has been hesitant to say exactly what his expectations are in the early-voting states.
Dustin Racioppi, The Record Read more

Garrett challenger raised $375,000 in past three months, campaign says
Josh Gottheimer, the Democrat from Wyckoff preparing to challenge Rep. Scott Garrett in November, will file a disclosure report showing he raised $375,000 between October and December and had $1.3 million in his account when the year ended, his campaign said Wednesday.
Herb Jackson, The Record Read more

Why Rutgers wants $98M from N.J.
Rutgers University will hold a special board meeting on Thursday to beat the clock on a deadline for asking the state for $98.5 million, according to a school official.
Adam Clark, NJ.com Read more

Christie says NJ charter schools are a ‘resounding success’
Gov. Chris Christie wants to make charter schools a priority.
In his State of the State address on Tuesday, Christie called on New Jersey to continue to improve its charter school system saying the number of students attending the schools has doubled since he took office.
Nicquel Terry, Asbury Park Press Read more

Christie warns voters: Don’t elect a first-term senator
Chris Christie is pressing people in New Hampshire to avoid voting for a first-time senator in the coming presidential primary, and holding out Barack Obama as an example of what can happen when they do.
Associated Press Read more 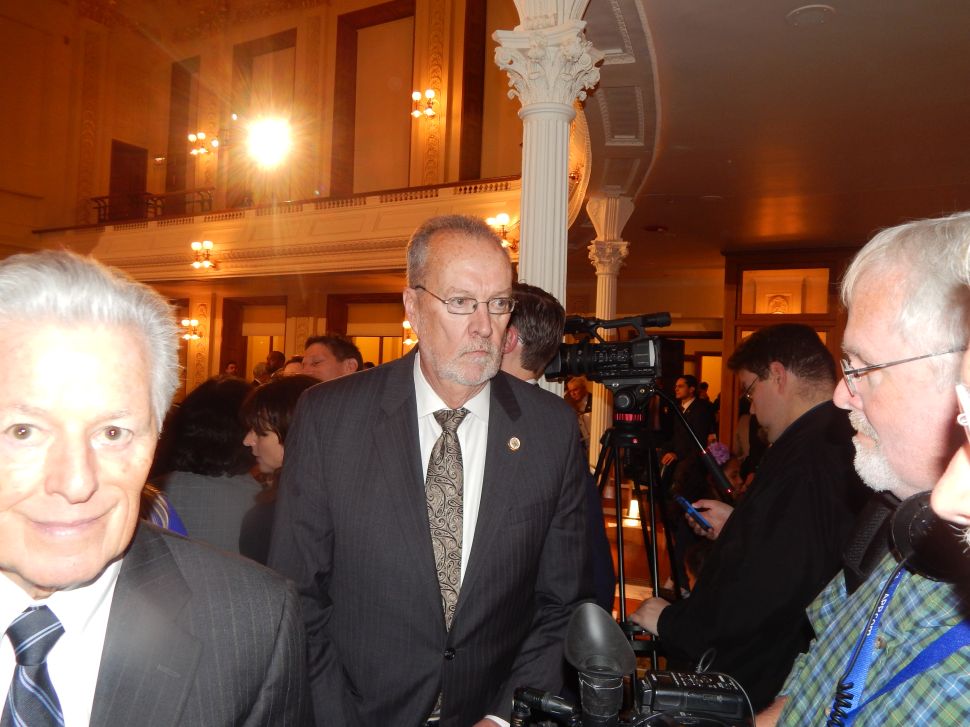