Good morning. It’s Monday, Martin Luther King Day in New Jersey, where we take a look at last week’s winners and losers in Trenton, and the debate continues over the state’s plan for Atlantic City.

Quote of the Day: “You should be aware of the entire history of casino gambling in Atlantic City as Atlantic City has contributed hundreds of millions of tax dollars without receiving money in return. Now that Atlantic City is in need of help as a member of the New Jersey family, we are asking to be responded to, the same way we contributed too,” – Atlantic City Councilman Kaleem Shabazz, in an appeal to state lawmakers to hold off on a state takeover of the city’s finances.

Winners and Losers of the Week
It’s time to take a look who were the winners and losers in state politics in the week that Gov. Chris Christie returned to the state for a visit before returning to the campaign trail.
PolitickerNJ Editor, PolitickerNJ Read more

Racism and Injustice are still battles we must face and conquer
As we reflect on the last birthday of Rev. Dr. Martin Luther King celebrated under President Obama, we remember the many mountain tops we have stood upon and the valleys we have walked through to get there. Some of the tragedies we have seen, especially in the last decade, underscore how far we still have to go to see real change in social justice.
Benjie E. Wimberlyr, PolitickerNJ Read more

Recording of County Clerk Encounter Corroborates Law’s Account
A recording from inside the Camden County Clerk’s office corroborates Democratic congressional candidate Alex Law’s claim that the clerk’s office had previously failed to offer him an appointment to discuss bracketing guidelines, a key procedural step that would determine whether he appears on the ballot right next to opponent Donald Norcross (D-NJ) or further down the ticket during June’s primary.
JT Aregood, PolitickerNJ Read more

Bergen GOP Source: “This is DiGaetano’s Seat to Lose”
Following Senator Kevin O’Toole’s (R-40) announcement that he will not seek reelection in 2017, Bergen Republicans will be clamoring to claim his office for themselves. So far, district assemblymen Scott Rumana and Dave Russo top the list of possible contenders alongside Passaic County Clerk Kristin Corrado and Wyckoff Mayor Kevin Rooney.
JT Aregood, PolitickerNJ Read more

As Saudino Defects, Would-Be Running Mate DeNicola Attacks
They don’t like each other anyway and given the history, some wondered if they wouldn’t have been squeamish campaigning together on the trail this year as they painfully tried to reconcile opposite points of view.
Max Pizarro, PolitickerNJ Read more

Stirred by Anti-Establishment Mood, Larsen Launches CD7 Republican Primary Bid
Tewksbury businessman David Larsen didn’t pose with a real gun at his kickoff tonight, but the room he kicked off in featured easels with life-sized pictures of him bearing arms, and he made sure to remind the room that he has a permit to carry a concealed weapon.
Max Pizarro, PolitickerNJ Read more

Atlantic City: Held up without a gun
The behavior of the New Jersey state government toward Atlantic City in recent days can be compared to that of a mugger — a council371robber who takes his victim’s money, demands his jewelry and then threatens to shoot him for not having enough money.
Frank Gilliam, PolitickerNJ Read more

An Open Letter to NJ Senate President Sweeney, Senator Sarlo, and Senator O’Toole
Dear Senator Sweeney, Senator Sarlo, and Senator O’Toole
Your recent proposal to takeover Atlantic City government has left me perplexed, disappointed, and discouraged. As a newly elected council person in Atlantic City, I feel strongly that we need to have the opportunity to address Atlantic City’s various problems. While I do not discount the many things you have done for Atlantic City, I must state my adamant disagreement with your proposal to disenfranchise the citizens of Atlantic City. While your sincerity to address our fiscal concerns is admirable, your solutions leave much to be desired.
Kaleem Shabazz, PolitickerNJ Read more

The Dynamics of Post-O’Toole World in LD40 Come 2017
The departure come the end of 2017 from the state senate of Kevin O’Toole sets up a possible (make that probable) coming battle royale for his 40th District seat.
Max Pizarro, PolitickerNJ Read more

Veteran Senator O’Toole of Essex Will Not Pursue Reelection in 2017
A scrappy, street smart Republican from Essex County whose high school coach once put him on the team because he said the kid would stop a baseball with his face, 22-year legislative veteran Senator Kevin O’Toole (R-40) of Cedar Grove will not pursue another term in the state senate.
Max Pizarro, PolitickerNJ Read more

Christie living in an alternate universe
Governor Christie breezed into Trenton last week to tell everyone what he thought about New Jersey and its future. Then he quickly escaped and headed back his bumpy presidential campaign.
Mike Kelly, The Record Read more

N.J. casino deal leaves players, odds unsettled
In 2011, Governor Christie and the top Democrat in the Legislature agreed to a five-year moratorium on even discussing an expansion of casino gambling beyond Atlantic City’s borders.
John Brennan, The Record Read more

Christie claims Obama compared him to ‘a terrorist’ over Syria. But did he?
Campaigning in an Iowa bar on Saturday afternoon, Gov. Chris Christie claimed President Obama said he was “like a terrorist” for arguing against admitting Syrian refugees to New Jersey.
Claude Brodesser-Akner, NJ.com Read more

Chris Christie’s problem isn’t the media’s talking heads; it’s his own big mouth
I suspect that in recent weeks Chris Christie has set some sort of a record for getting caught in lies.
Paul Mulshine, The Star Ledger Read more

Opinion: Sweeney – Taking over Atlantic City’s finances is better than bankruptcy
The financial crisis facing Atlantic City is deep and growing.
Property values have declined at an unprecedented rate, and the foreclosure rate is the highest in the nation. Four out of 12 casinos have closed, driving unemployment above Great Recession levels.
Stephen Sweeney, Star-Ledger Guest Columnist Read more

Selling out Atlantic City
Gov. Christie and the Legislature are about to pull the plug on what’s left of Atlantic City’s economy, but they lack the decency to say so. They’re touting tax benefits for all as they ask voters to approve casinos in North Jersey, which would further drain an Atlantic City economy struggling to recover from the recent loss of four of its 12 casinos. “The additional competition will likely cause more casinos to close” in Atlantic City, Moody’s Investors Service declared.
Inquirer Editorial Board, Philadelphia Inquirer Read more

A.C. vs. Camden: A tale of 2 takeovers
The top goal of the 2002 state takeover of Camden was to enable residents to “steadily climb from poverty to prosperity,” according to the city’s Strategic Revitalization Plan.
Michelle Brunetti Post and Christian Hetrick, Press of Atlantic City Read more

State plan for Atlantic City deserves qualified support
The new state proposal to help Atlantic City stabilize and recover, by taking control of its municipal finances, shouldn’t come as a surprise. It’s the final step in a long, patient effort to get Atlantic City government to bring its spending in line with revenue that’s shrinking but is still the envy of other cities. Other steps have included the appointment of a state monitor, and then an emergency manager, and a costly aid package to rescue the city.
The Press of Atlantic City Read more 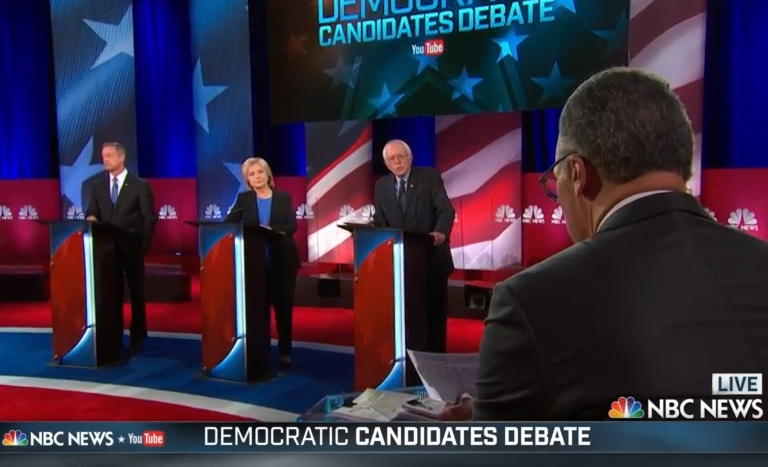