It’s Tuesday in New Jersey, where party politics is still a blood sport and officials in Atlantic City are waiting to see if Gov. Chris Christie will sign the revised casino PILOT bill.

Quote of the Day: “I was so blindsided by this treacherous, treasonous act. It is a very, very despicable and dishonorable thing this man has done.” – Bergen County Republican Organization Chairman Bob Yudin on county Sheriff Michael Saudino’s decision to switch parties.

Dr. King Would be Horrified by the Condition of NJ Elections
What a disgrace that we should even invoke Dr. Martin Luther King, Jr. let alone give ourselves a vacation day in his name on the heels of our last election cycle performance, the most anemic in state history. By sitting at home and ceding our democratic franchise to shadowy big money political action committees (PACs) and machine politics we repudiate the spirit of the Civil Rights Act of 1965 and the work of one of America’s greatest heroes.
PolitickerNJ Editor, PolitickerNJ Read more

Yudin: Saudino’s Party Switch is ‘Treacherous, Treasonous Act’
Late last week, Bergen County Sheriff Michael Saudino shocked the county when he announced that, though he was planning on pursuing reelection, it would not be as a Republican. He announced that he would be switching his party affiliation and running as a Democrat in November. Now, Bergen County Republican Organization (BCRO) Chairman Bob Yudin is speaking out against Saudino’s party shift and outlining what steps the Bergen GOP plans to take moving forward.
Alyana Alfaro, PolitickerNJ Read more

The Arrest of Rahaman Muhammad
At a rally and march this afternoon organized by 32BJ SEIU, police arrested Newark Deputy Mayor Rahaman Muhammad (above) and several workers who sat in a circle in the middle of the street at Newark Liberty Airport as a protest of low wages earned by airport workers.
Max Pizarro, PolitickerNJ Read more

In Search of Just Wages, Airport Workers March Under King Banners on MLK Day
It was hard not to stumble into the horde of oncoming workers brandishing signs with Martin Luther King’s picture on them as they charged across the winding ramps and catwalks in the cold of January on MLK Day in search of just wages.
Max Pizarro, PolitickerNJ Read more

Craziest Week in NJ Politics Since BridgeGate
Last week in Jersey politics was so frenetic and melodramatic, it almost felt like Trenton was staging a three-act opera. The 216th General Assembly signed off and the 217th was sworn in as Trenton crackled with anticipation about new committee assignments! To top it off, harbingers of upcoming elections.
Jay Lassiter, PolitickerNJ Read more

Justice Delayed is Justice Denied
“Our lives begin to end the day we become silent about things that matter.” This quote by Dr. Martin Luther King Jr. reminds us that we all have a responsibility to speak up when we see injustice. As a longtime Senator representing New Jersey’s 20thLegislative District, I feel it’s my duty to do this on behalf of all the residents of this great state. And the injustice that I see is happening at our airports.
Ray Lesniak, PolitickerNJ Read more

Port Authority job not for faint of heart, past leaders say
When it comes to the Port Authority, the governors of New York and New Jersey have engineered enormous toll increases, set up slush funds and knocked down legislative attempts to curb their power.
Paul Berger, The Record Read more

N.J. politician who once stared down a moving train dies at 81
Dismayed by the fact that a train routinely cut her hometown in half, keeping ambulances and fire trucks from being able to pass, Jeanne Giampola once stood in front of a moving train in protest.
Rebecca Forand, NJ.com Read more

Is the bleeding over on Bridgegate? Not by a long shot
Chris Christie has been trying to convince voters in New Hampshire that Bridgegate is over, that the federal investigation has gone as far as it’s going to go and he’s been totally cleared of wrongdoing.
Star-Ledger Editorial Board Read more

Christie’s Iowa pizza moment
Siding with a boy who bemoaned the absence of “square pizza” and other favorite lunch foods since Michelle Obama became first lady, Gov. Christie said at an Iowa pancake house Monday that if he becomes president, students will eat “whatever you want.”
Maddie Hanna, Philadelphia Inquirer Read more

Christie has until noon Tuesday to sign PILOT bills
Tuesday is decision day for Gov. Chris Christie on the fate of an Atlantic City rescue package.
Christian Hetrick, The Press of Atlantic City Read more 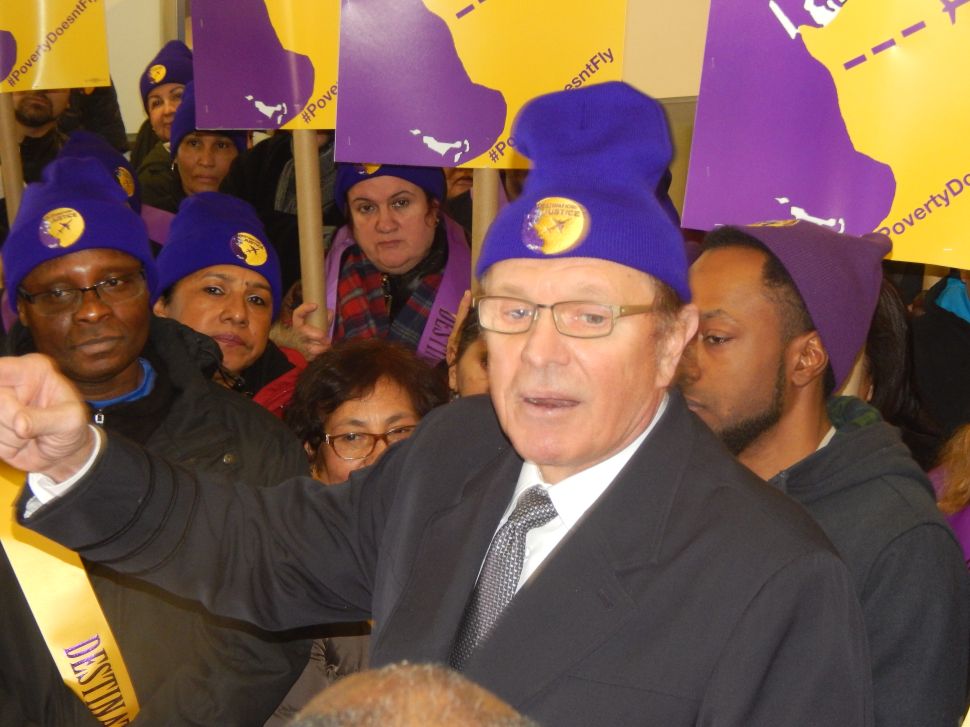