Good morning. It’s Wednesday in New Jersey, where the governor’s veto of the reworked Atlantic City PILOT bill leave’s the resort’s future uncertain. That bill was not the only one the governor vetoed. Check our digest for a wrap up of the action.

Quote of the Day: “The Legislature concurred with his version of the bills, and now he is bizarrely vetoing them. Clearly, our ‘tell it like it is’ Governor does not mean what he says.” – Sen. Jim Whelan, on Gov. Christie’s veto of the Atlantic City PILOT bill.

With a proposed deal to stop casino tax appeals most likely dead in the water, the sponsors of the payment in lieu of taxes bill for Atlantic City casinos are laying into Governor Chris Christie for his veto of their plan to stop the revenue losses. Senator Jim Whelan (D-2) and Assemblyman Vince Mazzeo (D-2) posted the bill as part of an Atlantic City rescue package, with the PILOT bill serving as the lynchpin of their plan to improve the city’s devastated ratable base.
JT Aregood, PolitickerNJ Read more

A protracted legislative battle has likely ended for a bill meant to help Atlantic City fill its $33.5 million budget shortfall. Following a conditional veto in November and extensive retooling, Governor Christie Christie again vetoed a bill from Senator Jim Whelan (D-2) to allow the city’s casinos to pay an annual lump sum in lieu of taxes on Tuesday. Whelan’s bid to stop the parade of tax appeals that have cut into the city’s ratable base will now take a backseat to a proposed state takeover of Atlantic City.
JT Aregood, PolitickerNJ Read more

“Montclair” might have seemed that gun-to-the-temple response if someone had asked a year ago about the most likely projected siting of the Bernie Sanders for President New Jersey headquarters.
PolitickerNJ Editor, PolitickerNJ Read more

A Monmouth University poll released Tuesday shows Senator Bernie Sanders (I-VT) gaining against Hillary Clinton in national poll numbers, with Clinton taking a 7% hit and Sanders rising by 11%. As of this week, Clinton has 52% of registered Democrats and likely Democratic voters on her side, while Sanders has 37%.
JT Aregood, PolitickerNJ Read more

As Florida Senator Marco Rubio and New Jersey Governor Chris Christie duke it out for third and fourth place finishes in Iowa and New Hampshire, the two have started to wage a war of words against each other. On Tuesday, the Governor said the Senator wouldn’t be able to face off against former Secretary of State Hillary Clinton and win. Last week, the two sparred at the GOP debate.
Alyana Alfaro, PolitickerNJ Read more

New Jersey residents remain largely opposed to a proposed expansion of casinos beyond Atlantic City, but today’s survey of adults from Fairleigh Dickinson University’s PublicMind finds that opposition has decreased since June of 2015. Fifty percent say they oppose the idea of casino expansion, with 42 percent who say they are in favor. In June, 56 percent were opposed and 37 percent said they favored the idea.
Politicker Staff, PolitickerNJ Read more

Michael Cooke is a lawyer from Toms River who will potentially challenge Republican Congressman Tom MacArthur for his CD3 seat. Recently, Cooke formed an exploratory committee looking at his congressional prospects and, though his run is not yet official, Cooke said he feels he is the right candidate to represent CD3’s constituents.
Alyana Alfaro, PolitickerNJ Read more

Dr. Martin Luther King, Jr would be disappointed with the NJ Legislature

The New Jersey Clergy Coalition for Justice (NJCCJ) is greatly disappointed in some of our New Jersey legislators who continue to show they are unconcerned with advancing legislation that ensures the justice system works for all people of New Jersey regardless of their sex, age, religion or race.
Michael Granzen, PolitickerNJ Read more

The New Jersey Department of Transportation Ran Me Over

The New Jersey Department of Transportation is a bullying bureaucracy that rides roughshod over the people’s rights. The proliferation of rumble strips generating noise pollution in residential corridors is the latest example of the Department’s disregard for New Jersey’s citizens. The Department’s spokespeople are trained to tell you that this initiative is about saving lives. In fact, it is about money. Although rumble strips can in some instances decrease the incidence of accidents, the Department is disregarding Federal Highway Administration (FHA) guidelines for implementation, to the great detriment of homeowners everywhere. Rumble strips must be deployed only in a manner consistent with FHA specifications and only when a demonstrated safety benefit exceeds the noise pollution harm to property owners in the vicinity.
Michael Ehrenreich, PolitickerNJ Read more

On a one-day break from his presidential campaign Tuesday, Governor Christie signed more than 100 new laws and vetoed five dozen potential others – including bills that would require tax-exempt non-profit hospitals to pay towns fees and another to require the sale of “smart guns.”
Dustin Racioppi and John C. Ensslin, The Record Read more

A case of minor-league political payback sparked by a fight over campaign lawn signs in Paterson has morphed into one of the biggest legal battles over free speech in the United States, drawing more than an hour of arguments at the U.S. Supreme Court on Tuesday.
Salvador Rizzo, The Record Read more

Is President Chris Christie more fun than Gov. Chris Christie?
One day after saying kids will be able to eat whatever they want for school lunch if he becomes president, Christie pocket vetoed a bill that would have made recess mandatory in New Jersey elementary schools.
Adam Clark, NJ.com Read more

More safety precautions on schools buses, a new resource for parents of special education students and another chance for an excused absence are coming to New Jersey schools.
Adam Clark, NJ.com Read more

An Andover borough councilman and longtime public servant died Saturday when he suffered a massive heart attack after helping an EMS unit that responded to a vehicle accident involving his daughter, according to a family member.
William Westhoven, Daily Record Read more

Gov. Chris Christie Tuesday vetoed a bill that would have spared hospitals from paying property taxes and forced them to make a smaller contribution instead.
Michael L. Diamond, Asbury Park Press Read more 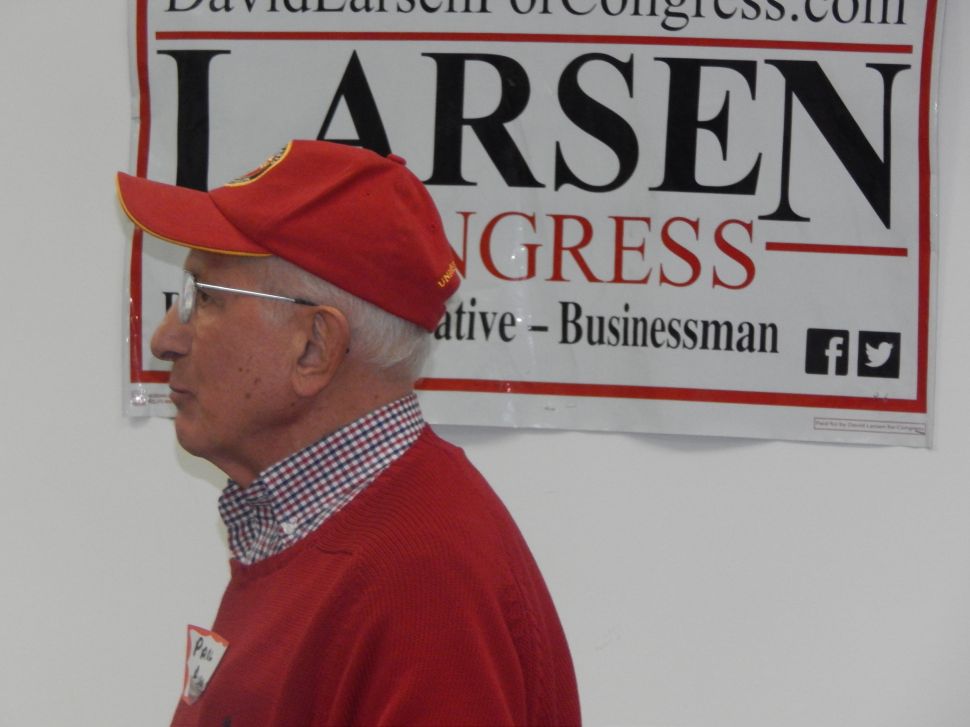