Chair of the Democratic National Committee, Debbie Wasserman Schultz, has faced intense scrutiny over the past year, as Democrats have grown weary of her inability to recoup party losses in the House and Senate, and are tired of her blatant favoritism of Hillary Clinton.

This past week, a Democratic challenger to Ms. Wasserman Schultz’s congressional seat, Tim Canova, announced his candidacy. Mr. Canova, a Georgetown University Law Center graduate, served as a legislative aide to U.S. Senator Paul Tsongas. The New York-born Jewish-Italian is also a fervent Bernie Sanders supporter and according to his campaign website, in 2011 was “selected by U.S. Senator Bernie Sanders to serve on an advisory committee on Federal Reserve reform.”

‘In Congress, she has served as a pro-militarist and corporatist tool of the high bidders.’

Another group, Roots Action, has accumulated over 30,000 signatures in a separate petition. “In addition to her recent attempt to deny the Bernie Sanders campaign access to its own voter files, Wasserman Schultz has tried in other ways to minimize competition for her candidate, Hillary Clinton,” states the Roots Action petition. “In Congress, she has served as a pro-militarist and corporatist tool of the high bidders.”

MoveOn.Org has collected over 60,000 signatures, and Change.org has over 47,000 signatures calling for Ms. Wasserman Schultz’s resignation.

Debbie Wasserman Schultz’s weak leadership brings nothing but negative attention to the Democratic Party. Democrats must stop delaying the inevitable, and either fire Ms. Wasserman Schultz or push her to resign. She has essentially bankrupted the DNC during her tenure, and is unreliable in helping Democrats win congressional and senate elections. It is in the best interests of the party to rid itself of Ms. Wasserman Schultz as quickly as possible. 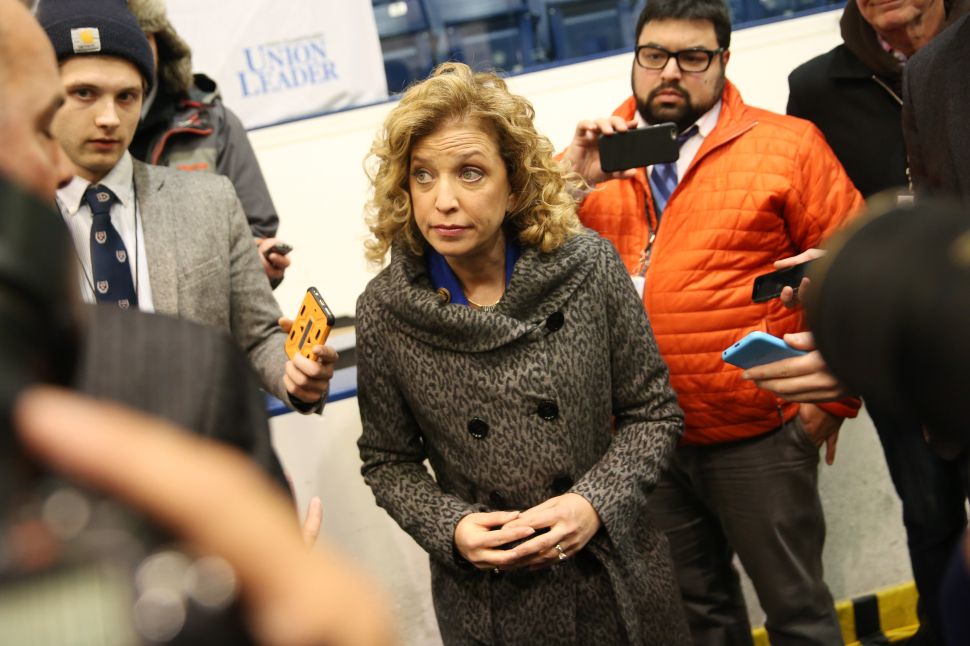