Why has it taken more than three years for the shattering opera Dog Days to reach New York City—particularly since it has been revived in venues as far-flung as Los Angeles and Fort Worth, Texas, since its 2012 premiere in Montclair, N.J.? Saturday night’s performance at NYU Skirball Center for the Performing Arts not only crowned the 2016 season of the bracing Prototype: Opera/Theatre/Now festival, but affirmed this opera’s place among the top tier of musical theater masterpieces.

A secret, perhaps, of this work’s stupendous power it its disarmingly simple premise. As in the Judy Budnitz short story that it’s based on, the opera follows the day-to-day lives of an American heartland family caught in a mysterious famine, perhaps related to a war. When an odd homeless man shows up on the porch dressed in fragments of a dog costume, tween daughter Lisa is tempted to take him in as a pet.

Times get worse, a lot worse, and the final scene of the work graphically depicts humanity in extremis, love that approaches the godlike and savagery that crosses over into the bestial. Royce Vavrek’s libretto, embroidering imaginatively upon Budnitz’s gaunt tale, evokes a sense of looming horror from the commonplaces of dinner table squabbles and adolescent swearing.

However, unlike all too many contemporary operas, this is hardly a mere accompanied drama. Composer David T. Little binds together Copland-eque folk tunes, musical theater ballads, minimalist thrumming, heavy metal power chords—and, eventually, sheer noise—in some paradoxical way that sounds both utterly natural and perfectly individual. You can’t imagine anyone else writing an opera that sounds like this one, though you devoutly wish someone would.

In that final scene, Mr. Little dares to stop writing music in any conventional sense, building the 12 minutes or so of the wordless climax of the opera from a nerve-wracking slow crescendo of electronic hum, distortion and frenetic percussion. The very brutality of this sound—you could feel the auditorium floor shudder beneath you—ironically seemed to ennoble the stage action. In a different context, those searing images might have climaxed an exploitation film; here, they took on the inevitability and grandeur of tragedy.

The cast, intact since the Montclair premiere, was headed by Lauren Worsham as 13-year-old Lisa. Her shimmering light soprano was as immediate as a whisper. Baritone James Bobick’s high-lying outcries as the father and soprano Marnie Breckenridge’s stoic murmurs as the mother both demonstrated the utter futility of human resistance to even so quotidian-seeming an apocalypse.

The imaginatively gritty stage direction by Robert Woodruff and the cool, yet responsive musical direction by Alan Pierson dovetailed seamlessly. Even the cliché of placing the orchestra onstage for once made dramatic sense: the prodigious chamber ensemble Newspeak, holed up in the family’s rumpus room, looked as despairing as Lisa’s hapless family. In fact, after more than two hours of emotional pummeling from this magnificent opera, I felt like I’d been through an apocalypse myself.

Admittedly, I came to Dog Days in a state of lowered resistance, having heard the comparably weird Angel’s Bone earlier that afternoon at 3-Legged Dog Art & Technology Center. This 80-minute opera also features a libretto by Mr. Vavrek, though this time veering luridly into American Horror Story territory.

A pair of young angels fall injured into the garden of a bankrupt suburban couple, who discover the mystical beings convey intense sensual pleasure through their touch. The mortals then brutally chop off the angels’ wings and pimp them out for increasingly violent sexual encounters.

The Angels tale doesn’t make much sense as intended, a parable about human trafficking, but it did inspire Du Yun to compose a voluptuously kaleidoscopic score marrying baroque vocal gesture to ear-splitting punk rock riffs. Like Dog Days, this piece finished in a “chaos” section, but in contrast to Mr. Little’s elegantly minimal solution, Ms. Du went for a kitchen sink approach, with head-banging percussion, the Choir of Trinity Wall Street screaming at the top of their range and even an amplified brass section.

Holding its own was Michael McQuilken’s aggressive multimedia production, though I think its most effective moments were the simplest, as when the two maimed angels huddled whimpering in claw-foot bathtub far upstage.

Amid all the video projections, phalanxes of stagehands shifting screens and white feathers raining from the heavens, the singers triumphed with Ms. Du’s challenging vocal writing. Notable were baritone Kyle Pfortmiller and mezzo-soprano Abigail Fischer, his lines muscularly vehement and hers disconcertingly flighty. As the boy angel, tenor Kyle Bielfield wailed insanely wide-ranging intervals with a pop idol’s sweetness, and Jennifer Charles shrieked viscerally in the girl angel’s torch song about physical abuse.

On the lighter side, Friday night’s premiere of The Last Hotel took on the topic of assisted suicide. It’s not hard to be flippant here because, in contrast to the two previously discussed works, this opera failed in just about every conceivable way. The libretto by Enda Walsh aimed for the elliptically sinister but ended up feeling like there was an act missing, and the music by Donnacha Dennehy sounded so derivative and cheesy the piece could have been titled John Adams’ Sleep No More…with Special Guest Riverdance.

The work’s two sopranos, the incongruously glam Irish lass and the English drudge she hires to assist in her offing, struggled with the composer’s faceless vocal (or should I say unvocal) lines, but baritone Robin Adams made something excitingly virile out of an aria about a kitchen renovation—no mean feat. Designer Jamie Vartan converted the performance space of St. Ann’s Warehouse (a co-presenter of this event) into a cross-section of a hotel so intriguingly off-center you just couldn’t wait for something creepy to happen. Unfortunately, though, nothing ever did.

I was pleased to hear from a colleague who attended the Met’s production of Les Pêcheurs de Perles last week that the opera that night attracted a fairly full house, something of a rarity these days. This Bizet opera, which I heard December 31, finds the company in top form, an achievement almost as impressive as last fall’s searing Lulu.

Viewed through the prism of Dog Days, this opera actually looks a little more gritty than it did at first glance: the finale, after all, depicts a narrow escape from a ritual execution by a mob of religious fanatics. But that’s one of the glories of opera: even a relatively minor work like Pêcheurs isn’t going to waste your time with the inconsequential. 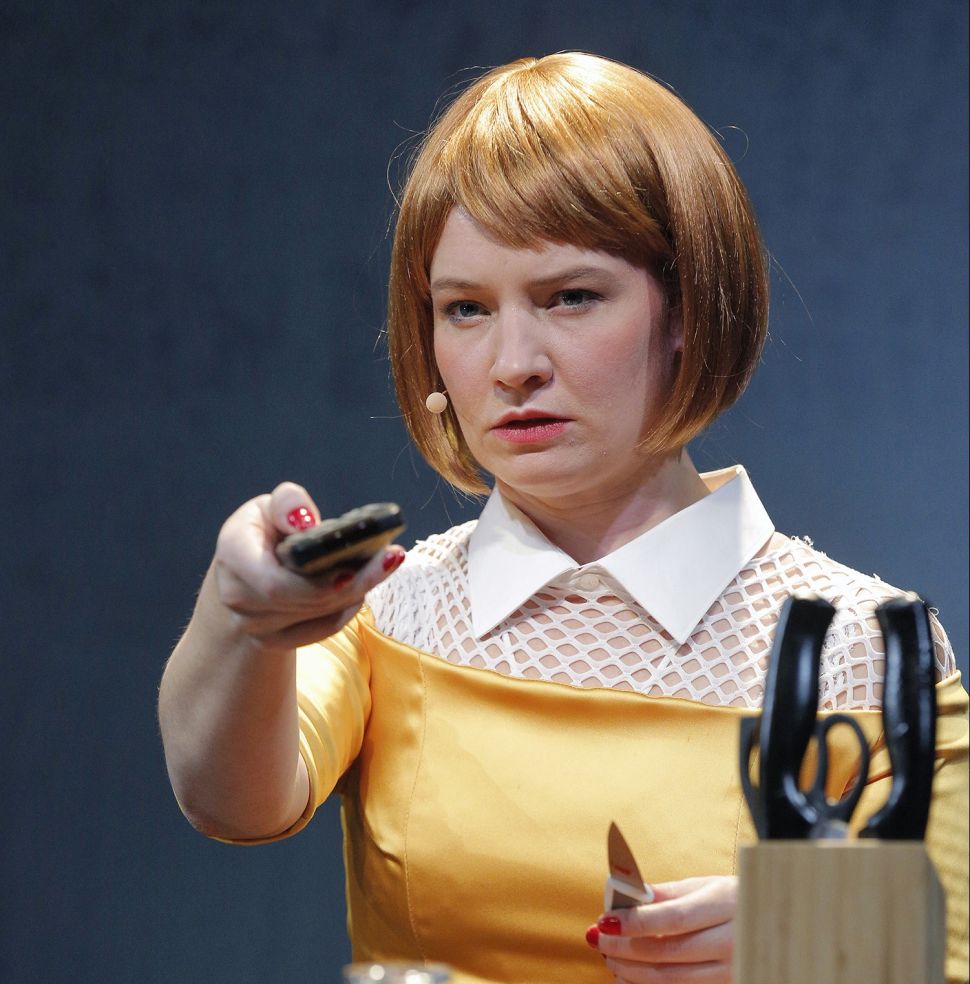