In a fit of bad timing, I published a column here about the death of HuffPost Live just hours before it was announced Al Jazeera America will also go off the air. They are dodo birds of a feather.

The cause of death was the same for both: a misguided effort to ape old TV rather than reinvent the medium. But Al Jazeera’s misguided television envy was worse and far more costly, for it spent a reported $500 million to take over Al Gore’s failed Current TV just so it could get a TV channel and carriage on cable systems across America.

More than a decade ago, before Current started its effort to appeal to young and thus digital Americans, I met Mr. Gore’s partner, Joel Hyatt, and told him I thought he should give up the idea of having an old-fashioned TV channel. Young people, I argued without need for much prescience, will ever more abandon TV and watch video online. Worse, by making deals with cable-system owners, Current would be forbidden from distributing its content online, cutting itself off  from a digital future.

They were well-intentioned but given the wrong mission: fixing old TV rather than inventing new TV and making American TV rather than making international TV.

Current knew that its real value would be in capturing and sharing the voices of young America by empowering them to make television. It did that fairly well, teaching many creators how to make TV that was good, if sometimes still too traditional in form and voice. But no one ever saw what they made on Current because it was hidden on some sky-high channel on old cable. Mr. Gore kept insisting that being on TV was the key to getting mass audience and impact. That was outmoded thinking. Current failed. Yet lucky Mr. Gore and company found a willing buyer in Al Jazeera.

After 9/11, Al Jazeera’s Arabic brand had been a roadblock to getting carriage on American cable systems. So buying Current seemed a clever back-door to acquiring distribution. If Al Jazeera had done the simple and obvious—putting Al Jazeera English on that channel—it might have worked modestly well. AJ English was a good news channel that—like the Guardian or the BBC—provided Americans with a needed outside worldview. For a small but dedicated and smart audience, that’s an asset.

But no. Al Jazeera made the fatal mistake of taking Al Jazeera English off the air and even off online in America, replacing it with Al Jazeera America and spending another fortune to produce its programming. Here was their worst move: They wanted to make respectable cable news. Though that sounds like a decent goal and motive—CNN for smart people, CNN that actually covers the news—the project fell off the cliff when it assigned old-style American TV news people to make old-style American TV news. They were well-intentioned but given the wrong mission: fixing old TV rather than inventing new TV and making American TV rather than making international TV.

Al Jazeera America became as dull as very American white bread. Nobody watched. Nobody had cause to.

The only times Al Jazeera America got attention were when its CEO enraged the entire staff in what was said to be a uniquely hostile workplace and when it ran a dubious sports story. 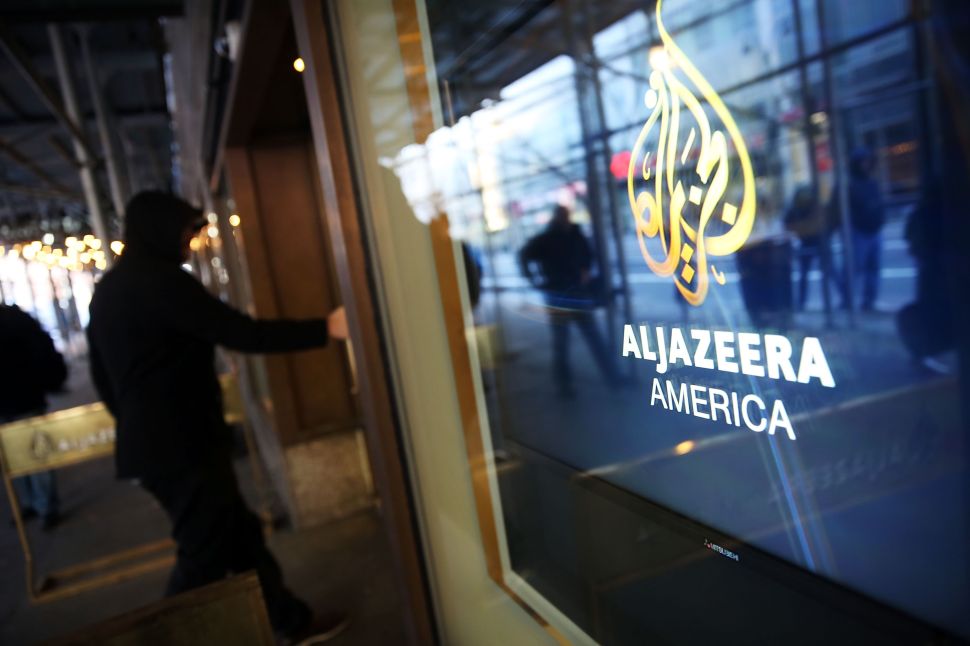