Forget climate change deniers. Apparently we haven’t even settled that the Earth is round.

Two weeks ago, Tila Tequila spent the better part of a day ranting about the shape of the Earth on Twitter. Using all caps, she sent dozens of raging tweets about the curvature of the horizon, sun beams, NASA’s fake photos and how she’s exposing the conspiracy.

I WILL STOP MY #FLATEARTH TALK IF SOMEONE CAN SEND ME A GOD DAMN PHOTO OF THE HORIZON WITH A CURVATURE! OTHERWISE IT IS FLAT!

Overnight, B.o.B has now started the same conversation on Twitter. Like Ms. Tequila, he is pointing to the curvature of the horizon as his main piece of evidence.

The cities in the background are approx. 16miles apart… where is the curve ? please explain this pic.twitter.com/YCJVBdOWX7

No matter how high in elevation you are… the horizon is always eye level … sorry cadets… I didn't wanna believe it either.

y'all be like… "you're not high enough to see the curve…keep going" pic.twitter.com/dzgYpIIao3

He makes a lot of other arguments as well and claims NASA is hiding the truth.

Time-lapse photos of stars form perfect circles… how is this possible ? pic.twitter.com/d9d1sJja8z

The ONE thing every country can agree on : restricted access to the poles … Here's to the UN… we believe you pic.twitter.com/gBzDk23VWp

so u can see stars without light pollution , during sunset… but not from space ?😂😂 pic.twitter.com/MoMGwXelaC

He has a lot to say about GoPro lenses.

He’s also tweeted a number of rather meaningless equations and diagrams.

And like Ms. Tequila, he’s begun debating #FlatEarth with other users. He is, however, having a much more civil discussion.

have u been to the edge ? or is that what your science book told you https://t.co/61qaI5xx5f

Does B.o.B. truly believe the Earth is flat, or is he taking a move from Tila Tequila’s playbook? We’re pretty sure about the shape of the Earth, so we’re left with only one other question: is #FlatEarth the new Scientology? 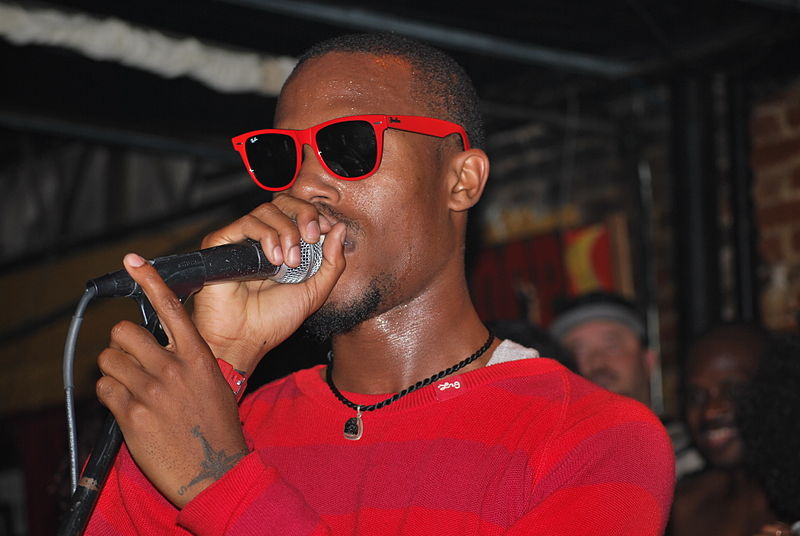