The conflict between Saudi Arabia and Iran will not end in a shooting war between those two Middle Eastern powerhouses.

What will happen is that the region will continue to be divided along classic Sunni-Shiite lines as it has always been. And this time, maybe and at last, the West will finally understand and internalize the message that the Muslim world always will be at one another’s proverbial throat, killing each other over issues that date back centuries.

This is all about the conflict between Sunnis and Shiites, the continuation of a rift that was created after the death of the Prophet Mohammed at which time a challenge arose as to who would succeed the prophet. Would it be a Shiite or would it be a Sunni? Mohammed had not sons. He had a daughter named Fatima. The Shiites wanted the son-in-law of Mohammed; the Sunnis wanted the best student to succeed him.

Parenthetically and hopefully, people will also understand that the Palestinian conflict with Israel is not the core of any of the real issues at stake in the Middle East.

On Saturday January 9, 2016, the Gulf Cooperation Council (GCC) met and condemned Iran. One day later, the Arab League met in Cairo and did the same.

Everyone following events in the Middle East knows that the Iranians ransacked, burned and gutted the Saudi embassy in Teheran after Saudi Arabia executed a prominent Shiite cleric. The GCC, founded in 1981, is composed of six Persian Gulf nations: Saudi Arabia, Bahrain, Qatar, UAE, Oman, Kuwait. Member nations cooperate on many levels, especially economically and culturally. But what is most essential and what gives them the most strength and import, is that these six nations have pledged to act as a united military front when necessary.

The Arab League meeting began with Sheikh Abdullah bin Zayed Al Nahyan, the foreign minister of the United Arab Emirates, declaring that this was an emergency meeting. The meeting, he said, “comes in light of a dangerous escalation” in the region. He continued by saying that, “We strongly condemn the attacks on diplomatic missions by Iran and absolutely reject the Iranian policy of interference in the affairs of the kingdom and any other Arab state.” In further describing the situation the UAE foreign minister said, “Iran does not hesitate to exploit sectarianism as a way to gain control of the region.”

Interestingly, the final document to be signed at the Arab League meeting (a document signed by everyone attending the meeting except Lebanon), talked about the discovery of a large cell in Bahrain that was sponsored and trained by the Iranian Revolutionary Guards. Investigations into the cell followed the money trail and it led them back to Iran via Hezbollah. The clear objective was to unseat Sunni leadership in Bahrain by destabilizing the country and then creating a coup.

Islam, Shiite and Sunni alike, views the other as heretics and according to their   belief, they are both permitted to murder the other with impunity.

Modern times call for modern techniques, even in ancient conflicts. At this stage both Iran and Saudi Arabia will continue to use proxies and the international media to stab and jab each other. Yet, it is not in either of their interests to turn this squabble into a full scale direct conflict. The cost is too great, neither country can afford it. And neither can predict how great the losses would be even if their side won.

The real test is how well each country does at drawing in other counties and tribes and even non-Muslim leaders in support of their cause. In the meantime they will name call and blame each other for violating the true dictates of Islam. They will call their proxies to attack the other in the name of the true interpretation of Islam.

Right now it looks like Saudi Arabia has the upper hand. They have the numbers. 85 percent of the Muslim world is Sunni. But Russia is on the side of Iran. We see that clearly in Syria. And who knows which side the United States will choose. Some are arguing for the US to remain impartial. Why get involved, they say.

The problem is that the United States is partly at fault for this modern day round of rivalry. It was the United States, after all. That created the now infamous nuclear deal with Iran, raising Iran to a level equal to Saudi Arabia which had, until then, been given favored status by the US.

The Sunnis saw that as an epic betrayal. 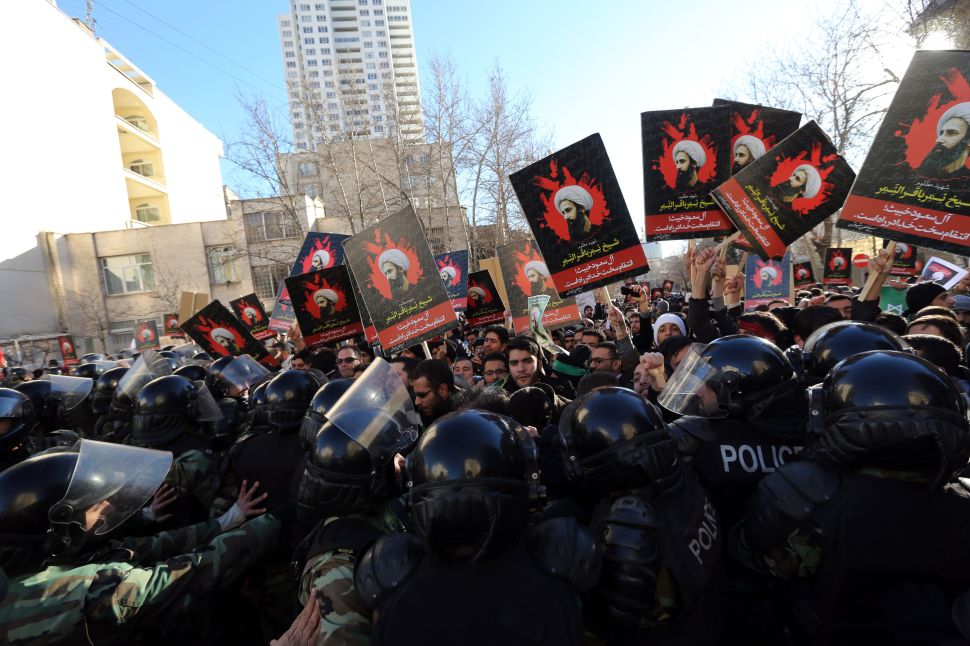