The public is pissing away the city of San Francisco, and hefty $500 fines aren’t stopping them. It has real consequences to the city’s infrastructure too—last year a streetlamp whose base was corroded by pee collapsed, narrowly missing a driver. The epidemic got so bad that public works crews put pee-proof paint on walls throughout the city.

So now the city has changed its tactic—rather than trying to stop people from peeing in public, the city has given them a more appropriate venue in which to do so.

An open-air urinal, covered by plants and a screen to offer some privacy, has been installed in Dolores Park. This bathroom breakthrough was part of a $20 million renovation in which 27 new toilets were added to the park—before being refurbished the park only had three toilets, so visitors who couldn’t hold it in contributed to the public urination problem.

(For added benefit Oakland-based Hyphae Design Laboratory has developed the PPlanter, a public toilet which composts the urine it collects to help plants grow.)

The open-air urinal is still a compelling model for other cities, especially New York, which has faced the same public urination predicament as its West Coast counterpart and has responded in a markedly different way.

Earlier this week New York’s City Council passed legislation downgrading activities like public urination from misdemeanors to “low-level offenses,” where the worst punishment is a $25 fine. Among the other violations affected were littering and turnstile jumping.

The change was made to combat the city’s backlog of  1.5 million outstanding warrants going back 30 years. Furthermore, 38 percent of offenders who face minor criminal charges don’t even show up in court, forcing further warrants to be issued.

Despite these statistics, not everyone is happy with public urination’s new classification.

Even though there are 141 public bathrooms in New York City parks (including 20 in Central Park alone) public urination still flows too abundantly, which means that an alternative solution is in the offing. In light of this, a series of open-air urinals could be an effective way to combat the indecency.

The new outdoor toilets also appear to be cost-effective. While the cost of the San Francisco urinal on its own has not been revealed, the fact that it was only part of a $20 million renovation indicates that one or more of them would not be prohibitively expensive for a major city to install.

Public urination continues to be a problem in New York City, which indicates that Ms. James’ concerns about its new designation are not unfounded. Maybe the Big Apple should give outdoor urinals a fair shake. 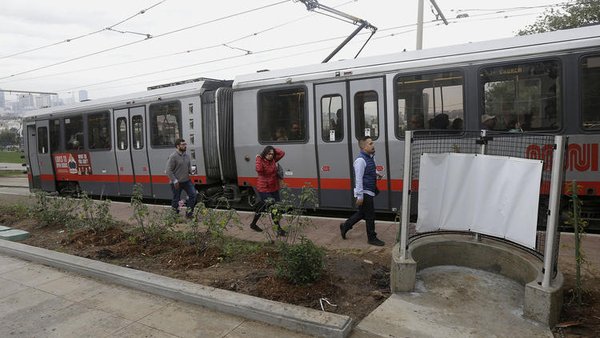