In the final Democratic debate before the Iowa caucus and New Hampshire primary—courtesy of DNC chair Debbie Wasserman Schultz forcing a debate schedule aimed at attracting as few viewers as possible—Bernie Sanders won the mantle of candidate of change who stands in the tradition of the great Democratic presidents, while Hillary Clinton seized the mantle of candidate of the status quo who repeatedly attacked Mr. Sanders for aiming too high and reaching too far in his efforts to change and reform America.

On issue after issue, from the beginning of the debate until the end, Mr. Sanders stuck to his theme of battling the political and financial establishments that he correctly says are under the influence of big money and special interests.

By contrast, on issue after issue, from the beginning of the debate until the end, Ms. Clinton—repeating the attack line usually offered by Republicans against Democrats—essentially accused Mr. Sanders of being a tax and spend liberal and—repeating the cautious line that Democrats outside Washington criticize Democrats inside Washington for—opposed the far reaching proposals of Mr. Sanders to reform Wall Street and create true universal health care, because she said she would prefer to work with Republicans in Congress who will never accept the change Americans can truly believe in that Mr. Sanders proposes.

In one of the most extraordinary debate strategy decisions in memory, Ms. Clinton almost entirely ignored the highly successful and fondly remembered presidency of Bill Clinton.

Had Franklin Roosevelt, Harry Truman and John Kennedy embraced the timidity that Ms. Clinton advocated in the debate there would never have been the Wall Street reform and social security that FDR battled for and won, and Medicare, which JFK originally championed and Lyndon Johnson brought to fruition after the kind of battles Ms. Sanders calls for and Ms. Clinton opposes.

In one of the most extraordinary debate strategy decisions in memory, Ms. Clinton almost entirely ignored the highly successful and fondly remembered presidency of Bill Clinton, and repeatedly and aggressively invoked President Barack Obama and unequivocally sought the mantle of running for Mr. Obama’s third term.

I strongly disagree with the strategy Ms. Clinton pursued in the debate. While she and other Democratic candidates should certainly praise President Obama it was a major mistake for her to sideline President Bill Clinton who I believe is, and should be, one of her strongest assets.

By dramatic contrast, Mr. Sanders pursued a debate strategy that was diametrically different—offering a clear and compelling progressive populist narrative and policies to explain why major problems exist.

By dramatic contrast Mr. Sanders pursued a debate strategy that was diametrically different from the strategy of Ms. Clinton. He offered a clear and compelling progressive populist narrative and policies that explained why major problems exist and how they could be remedied.

When he called for breaking up big banks and restoring a version of the Glass Steagall Act, Mr. Sanders said correctly that the major reason the financial system is unfair is that big banks have huge political influence and make powerful campaign donations to write laws that favor them, and that the remedy is to mobilize public support to break up banks that are bigger today than they were when they were declared “too big to fail” in 2008. Ms. Clinton countered by opposing his most dramatic reforms, suggesting Republicans would never agree to them, and gave the impression she believes that the status quo—which she described as the Dodd Frank legislation—does not need the dramatic reforms Mr. Sanders proposes.

When Mr. Sanders called for creating a ‘Medicare for All’ system to bring true universal health care, he stated correctly that the major reason for the problem is the huge influence and powerful campaign donations of the pharmaceutical and insurance industries. Ms. Clinton falsely suggested he would dismantle ObamaCare, in the same way that Chelsea Clinton recently falsely claimed Mr. Sanders would undermine Medicare—which is the exact opposite of the truth. Mr. Sanders favors expanding Medicare to make it universal.

If Ms. Clinton believes a single payer healthcare system is unworkable, how does she explain that virtually every democratic nation in the world has such a system and their costs for consumers are much lower than ours?

Again, it was Mr. Sanders saying he supports ObamaCare but calling for dramatic change and reform to move beyond it, while Ms. Clinton called for continuing the status quo and suggested the reforms Mr. Sanders proposes to dramatically build on it, most of which have been supported by most Democrats for generations, would be a mistake.

If Ms. Clinton believes a single payer healthcare system is unworkable, how does she explain that virtually every democratic nation in the world has such a system and their healthcare costs for consumers are much lower than ours?

These patterns of Mr. Sanders calling for dramatic changes that most Democratic voters and in my opinion a majority of American voters favor, persisted throughout debate and may explain one of the most interesting and under-reported findings of many polls.

The latest NBC Wall Street Journal poll found Ms. Clinton leading Mr. Sanders among voters nationally, but also found Mr. Sanders running ahead of Ms. Clinton by a significant margin in match-ups against Donald Trump—which virtually no other pundits are focusing on, but which I believe is extremely important to understand the mood of voters in 2016.

In the NBC Wall Street Journal poll Mr. Sanders defeats Mr. Trump by a mega-landslide margin of 15 points, while Ms. Clinton defeats Mr. Trump by a landslide but smaller margin of 10 points. There are two key findings in this poll—which parallel findings in a number of other recent polls—that deserve far more attention than they are receiving from pundits in the mainstream media.

It is political malpractice for pundits who keep stating how well Mr. Trump is doing in the polls to not emphasize that polling suggests his nomination could bring an electoral disaster of epic proportion to the Republican Party.

The first issue is that both Mr. Sanders and Ms. Clinton defeat Mr. Trump by substantial margins which, if repeated in general election voting, would bring a landslide Democratic presidential election victory, almost certain Democratic control of the Senate, and a serious Democratic run to control the House of Representatives. It is political malpractice for pundits who keep stating how well Mr. Trump is doing in the polls to not emphasize that polling suggests his nomination could well bring an electoral disaster of epic proportion to the Republican Party based on the NBC Wall Street Journal poll and several other recent polls.

The second is that in a number of recent polls Mr. Sanders runs stronger than Ms. Clinton in match-ups against Mr. Trump. This is a powerful and crucial data point for those who want to understand the national political environment which suggests that Mr. Sanders is just as electable as Ms. Clinton against Mr. Trump, and if anything based on recent data, is more electable.

With voting in Iowa and New Hampshire now imminent, I don’t try to “score” the debate with “winners and losers.” What I suggest is that in the debate it was Mr. Sanders who championed policies of the great Democratic presidents and traditions most clearly and forcefully, and in the presidential campaign remains the uncontested leading champion of the kind of progressive anti-establishment populism that I believe is the surest path to victory in a 2016 campaign that is shaping up as the mother of all change elections. 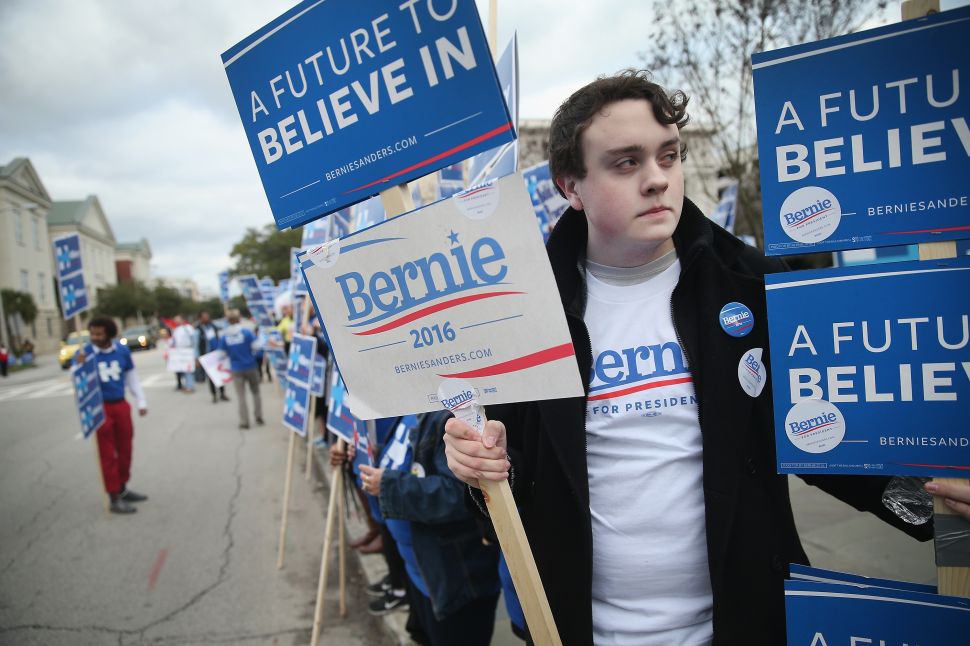