Excited to kick off 2016 with Adam Driver, @ChrisStapleton, @RondaRousey and @selenagomez! #SNL pic.twitter.com/J346nqL81z

Mr. Driver and Ms. Rousey are, to say the least, in two very different places right now. Star Wars: The Force Awakens, in which Mr. Driver plays the pivotal yet mopey role of Kylo Ren, is currently travelling at lightspeed toward James Cameron’s Avatar as the highest grossing film of all time. Conversely, the usually boisterous Ms. Rousey climbed into a sadness hole since losing her UFC belt to Holly Holm via kick to the face, giving sparse interviews and updating her social media only for depressing Shakespeare quotes.

But still! Saturday Night Live is THE go to place for a self-deprecating appearance following a public meltdown and/or failure. Which is not to say we don’t need to be worried about which cast member is inevitably forced to play Holly Holm. I genuinely advise Kate McKinnon to wear a mouth guard night, just in case. 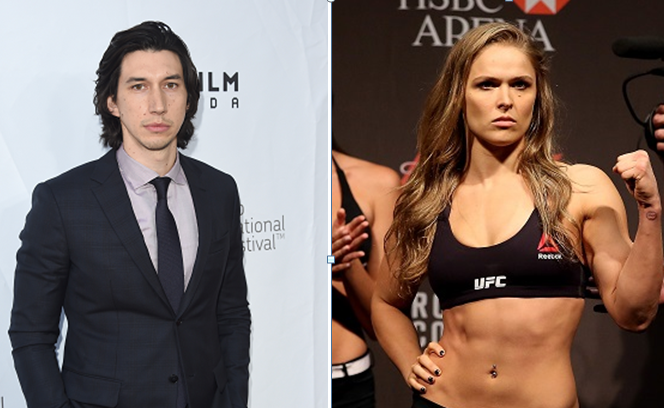