New Yorkers’ time is precious. Their extracurriculars must pack a punch. When it comes to self improvement, it’s important to discern what’s legitimate. In a sea of promised results, Patrycja Slawuta’s Self Hackathons cut through that fluff.

More than presenting attendees with self-serving tales of life-changing acid trips at Burning Man, Mrs. Slawuta’s techniques offer solutions backed by research. Utilizing years of research and her master’s in psychology focusing on the psychology of shame and guilt, Mrs. Slawuta helps people “hack” their own tendencies with a mixture of neuroscience backed talks, neurolinguistic programming, hypnosis and scientific embodiment.

In founding Self Hackathon, whose events are wildly popular and always sell out, Mrs. Slawuta saw a niche to put her years of research to work to help people rewire thought processes. She’s witnessed how many who come to her events sought self improvement via their own research and had grown tired of the results.

The combination of scientifically backed techniques and Mrs. Slawuta’s instinct for infusing events with personality attract many of the best minds in startups or finance, or what she calls “the smart and sexy crowd.” These individuals are highly accomplished and seek to “understand the importance of understudying their own psychological wiring,” in her words. One attendee, a venture capitalist, mentioned how he’d heard of the events through the Summit At Sea grapevine. Among the types of entrepreneurial trailblazers one meets at Summit at Sea is Mrs. Slawuta herself, who attended for the first time this year. These people who have built or are building companies that “change the world and shift paradigms…one can have a conversation over a breakfast omelet with them.” They want tangible results.

I can attest to the smart and sexy bit after attending the final Self Hackathon of 2015. With a theme aimed at hacking “Endings and Beginnings,” the event felt like a hybrid university psychology symposium meeting guided meditation. She likes to choose speakers who are “much bigger experts” than she is for specific topics. There were also talks and meditations from Scott Lyons, who, as Ms. Slawuta mentions, “took his time away from working with CEOs” and Amy Chan, a relationship expert whose work is like that of a scientific Carrie Bradshaw.

An aim to hack endings and beginnings works well with the December timing. There was also a personal bent, as Ms. Slawuta explains “hacking endings and beginnings had to do with me building up my company and having to let go of some old versions old wiring that was holding me back as an entrepreneur. And after all, winter is a time of reflection, hibernation and a little bit of sadness and nostalgia.” Perhaps her own experience as an entrepreneur has helped attract entrepreneurial types.

To open the event, Ms. Slawuta laid down basic facts; we have at least 70k thoughts per day, yet those associated with things that happen first or last tend to figure more prominently in our memory, like the nastiness of a breakup versus the whole relationship. After Ms. Slawuta spoke, there was a guided meditation with a focus on embodiment from Mr. Lyons, Ph.D. candidate. The evening closed with an interactive discussion from Ms. Chan, who infused her discussion with elements of drama backed by research. It all felt like your favorite small course in college, but much more fun.

Mindfulness is having a moment, and Mr. Lyons spoke to how “embodiment” is something of a buzzword. One may wonder how the Buddhist angle from Mr. Lyons, with whom Ms. Slawuta recently attended an event held by Jack Kornfield, could be construed as more spiritual than scientific. In terms of Buddhism, Mrs. Slawuta was skeptical at first “that it might be unscientific.” Her own research on empathy and compassion shows how many of the practices that “work” according to science-backed therapy are borrowed from the Buddhist tradition.

“Nowadays with brain scans and advanced research we know that mindfulness is very beneficial for the mind,” she explains, “Many of the psychologists and medical doctors that support Self Hackathon bring mindfulness practice as one of the mind hacks.” The emphasis on research backed discussion doesn’t translate to dull, and I think the the popularization of mindful and embodiment are positive as they help brings awareness to the issues of being “present, grounded and aware of our own inner wiring.”

As for what’s next, “Self Hackathon often follows the natural cycle of the season as we are inherently tied to it as human beings.” Much in line with this theme is the upcoming February event, which will hack love, lust and intimacy. In addition to hosting Self Hackathon events, Ms. Slawuta, who’s quite the digital nomad, travels to bring Self Hackathon directly to startups and Fortune and Inc 500 companies, the types progressive enough to value how the human element can make or break their success. 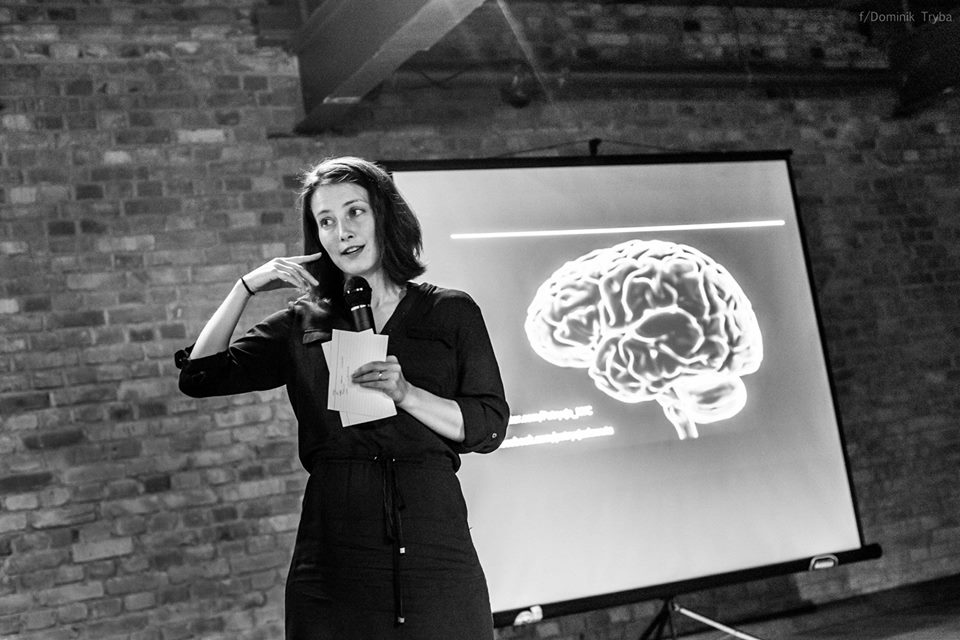