TRENTON – The second Tuesday of January is fixed as the start of the new legislative year so, today, New Jersey’s legislative houses confirmed their leadership. Steve Sweeney (D-3) was officially sworn in as Senate President, a position he has held since 2010.

“Lets limit the amount of politics we play and start focusing in politics,” Sweeney said of his hopes for the 2016 session. “We have work to do here but I can tell you I think we have the people in the room to do it. Compromise and bipartisanship should be the way that we go, we shouldn’t be ashamed to do it.”’

Sweeney—a 2017 gubernatorial hopeful—also took the opportunity to tout what was probably his biggest talking point of 2015: that he was able to convince three Republicans in the senate to vote against the governor in hopes of securing a veto override that would make it more difficult for those with mental health records to get guns. While the assembly could not secure enough votes to follow through with the veto override, the bipartisan leadership Sweeney demonstrated on the issue gives him a strong talking point as he pursues the governorship.

Sweeney continued with his bipartisan message: “We have people in this room that are good people on both side of the aisle. They want to move the ball and make this state for everyone. Whoever it is, whether it is a Republican or a Democrat, I will stand by that idea.”

Sweeney also outlined a number of other issues that he said he thought would be critical in 2016. According to Sweeney some of the most important issues are getting casinos in North Jersey, raising the threshold on the estate tax (or removing it completely) and making the state more affordable to keep retirees from leaving.

“When the session ended a half hour ago, that didn’t mean the work ended,” Sweeney said.

While Sweeney has not yet officially announced his 2017 gubernatorial run, today’s remarks hint at his possible platform for that race. 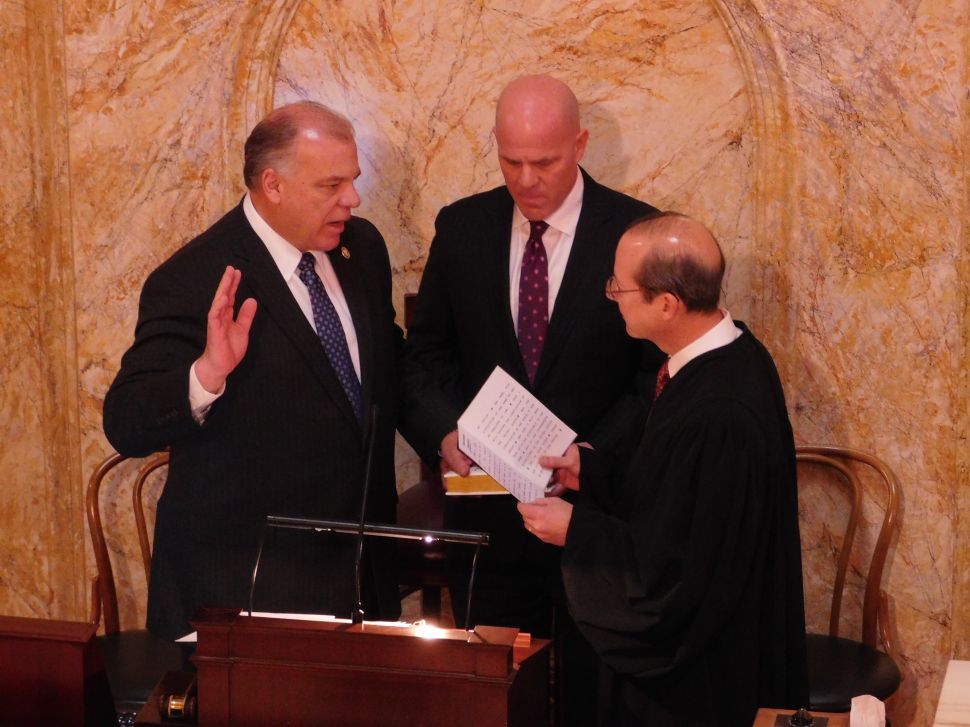