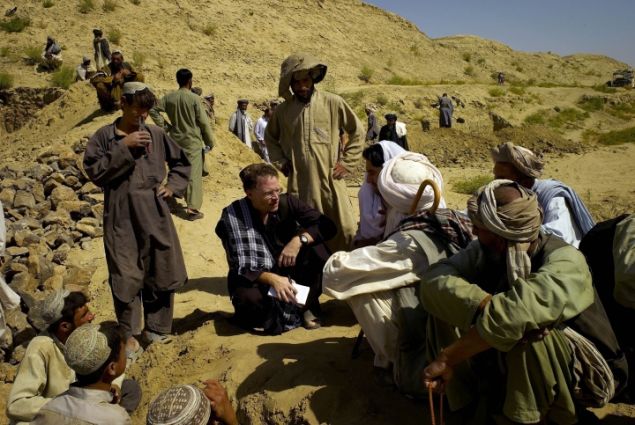 “Simultaneously bored, afraid, and hyper-aware”: This, Sarah Koenig says, is how Bowe Bergdahl described his mindset during years in caged isolation. It’s also how I felt listening to “The Captors,” the fourth episode of Serial’s floundering second season. Not a total loss, then! But once again, the show’s format-first structure, its insistence that Bergdahl’s story and the surrounding issues are constructively handled in a months-long weekly podcast, directly and adversely impacts the value of that story and the handling of those issues. Maybe this rambling, roving thing needs a cage of its own.

After the relative (though, in important ways, un-examined) power of the season’s third installment, detailing the first year of Bergdahl’s imprisonment and his failed attempts to escape, episode four spins its wheels. Since Bergdahl spent the remainder of his time in the Taliban’s hands alone, caged, frequently blindfolded, incommunicado, he doesn’t have much to say about what was going on with his captors. This, for some reason, strikes Koenig as a great mystery waiting to be solved, so she turns to David Rohde, a reporter kidnapped and held by largely the same forces as Bergdahl at roughly the same time, though in better circumstances and for a shorter duration. Through him we learn about the Haqqani Network, a unique and largely independent subgroup within the wider Taliban infrastructure — respected as fighters, feared as gangsters, on good terms with not only the Afghan and Pakistani Taliban proper but with the Pakistani Army, for whom they serve as moderating influences with the other groups, as well. But Koenig spends such a comically long time detailing the vastly different conditions in which Bergdahl and Rohde were held that the entire section feels weirdly vestigial. The physical plight of both men — the boredom, the uncertainty, the goddamn diarrhea again — is merely redundant, given the attention lavishly paid to them in previous episodes.

Only near the end of the episode do things take on a sense of shape and urgency. Here, Bergdahl describes his refusal to spend time concocting stories in his head to keep himself entertained and sane, since his “fantastic storybook tendencies” are what got him into trouble in the first place. He talks about his brutal torture at the hands of one particularly cruel captor, who would bare Bergdahl’s chest and slowly slice it with a razor blade sixty times in a single session. And most strikingly of all, he and Rohde both talk about how American torture of Muslim prisoners in prisons like Abu Ghraib, Guantanamo, and Bagram influenced the men imprisoning and torturing them in turn—spurring them either to worse treatment as revenge, or better treatment as both a public-relations and moral imperative. It isn’t just second-hand reports driving this, either: Some of these men were tortured at these places themselves, and the mental and physical scars stay with them. Koenig seems stunned that Islamic extremists’ citations of Gitmo and Abu Ghraib aren’t just rote propaganda, but for God’s sake, these are real people subjected to real suffering. The fact that they’re in the Taliban doesn’t magically make them immune from its effects.

Unfortunately, this brief comparison between Taliban and American abuses is appended to an episode-long, if not season-long, discussion of the former. The result is so lopsided that the power of the point is lost. All of this, of course, stems from the format referred to in Serial’s title. Despite the total lack of similarity between the two cases, the wartime hostage drama of Season Two, in which the victim himself is extensively interviewed, is adhering to the slow-rollout rumination format of the domestic-violence murder mystery that comprised Season One, in which what really happened must remain in some way uncertain because the victim herself is dead, and therefore lends itself more readily and usefully to piecemeal examination. (At least until Koenig decided her own doubts, not the case’s details, were the real subject. Which, you know, fine, that could have been interesting too, examining how hard it is for a reporter to feel confident in their own conclusions, if the podcast hadn’t spent weeks being about something else first. Anyway!)

With a shorter runtime, a tighter focus, a different remit, Serial Season Two could be a harrowing account of life in captivity. Or it could be an unsparing look at the damage America’s torture of prisoners has done to our moral standing and to the individual lives of its victims, theirs and ours alike. Or it could be an examination of military justice, sentencing, and whether Bergdahl’s prospective punishment fits the crime. Or it could be a look at the lives of Taliban fighters, Haqqani operatives, and the civilians upon whom they rely for support, seen through the window of this one event. Or it could expose the truth, or lack thereof, behind the allegations Bergdahl leveled at his commanders, the allegations that prompted his flight and led to his capture, the allegations the show still hasn’t spent so much as a word detailing. It could be any one of those things. Instead, it’s…this. It’s a weekly slog through an overstuffed tale that simply can’t justify the telling, not in this way. As James Whiting, one of of the Evil Newspaper Editors in The Wire Season Five, put it, “If you leave everything in, soon you’ve got nothing.” In this case it’s actually true.

If it sounds like I’m reviewing a show by describing the show I’d prefer it to be—a cardinal sin for critics—my response is, well, yeah. (Why not, right? I just favorably quoted Whiting from The Wire Season Five.) True crime as a genre is not straight crime reporting, but it is still journalism as well as art. While holding your ideal, imaginary version of a TV show or movie against the real thing is of limited analytical value, doing so with a fact-based podcast reflects its nature as a fact-finding and -transmitting enterprise. If Serial sees its primary mission as telling a story, one week at a time, all that matters is the story and the serialization, which is to say not much matters at all. If it wants to inform, enlighten, advocate, then it needs to consider whether its form is impeding its function 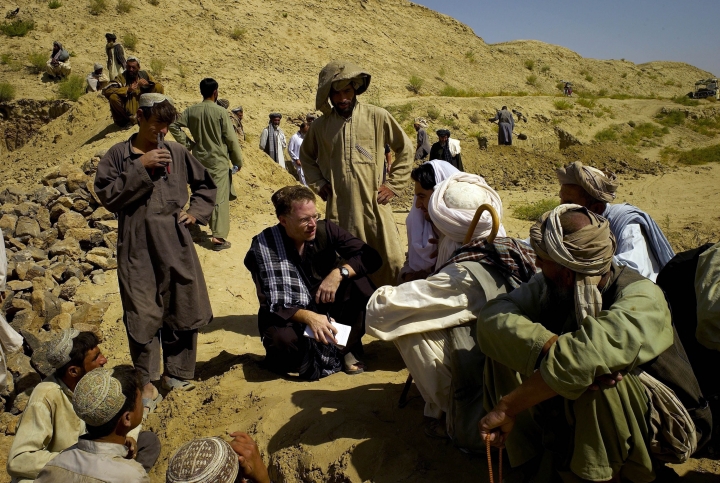