TRENTON – Labor reps buttonholed lawmakers in the Statehouse basement this morning as they tried to urge voting members to back a northern casino referendum bill backed by Senate President Steve Sweeney (D-3).

Mullen was here leading the charge for Sweeney, and so was Assemblyman Troy Singleton (D-7) of the Carpenters.

“This is not about Speaker Prieto’s leadership,” Singleton told PolitickerNJ, dismissing the notion that a coalition of South Jersey Democrats, Middlesex Democrats and a chunk of Republicans will use their alignment behind Sweeney’s version of the casino bill (the alternative to a bill by Prieto) to dethrone Prieto.

“This is about a bill,” Singleton emphasized.

“Of the two I like Sweeney’s less,” said Assemblyman Jack Ciattarelli (R-16), a potential 2017 Republican candidate for governor.

“I think Sweeney’s bill is anti-free enterprise,” he explained in a brace of labor members jockeying in the vicinity of the entranceway to the Assembly back chamber in the statehouse basement. 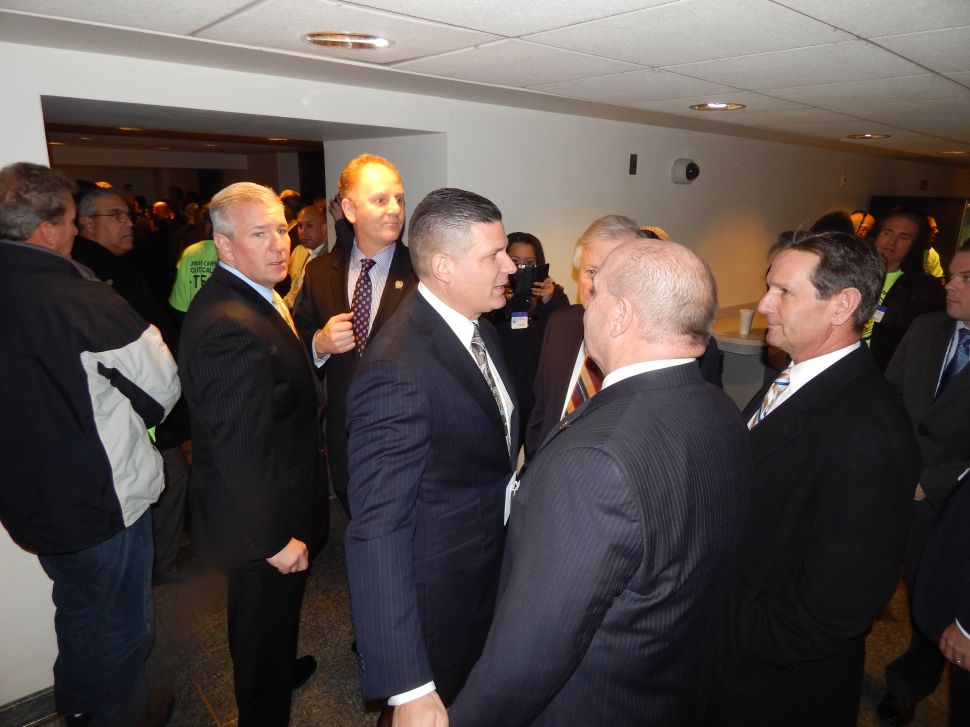