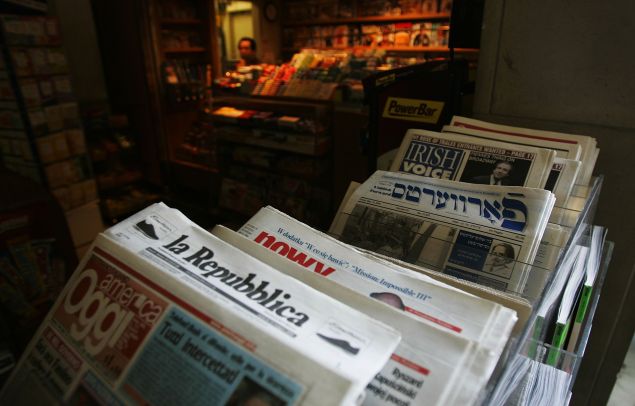 Newspapers in dozens of languages are offered at the newstand of the United Nations. (Photo by Chris Hondros/Getty Images)

In an effort to curb the decline of ethnic and community media in New York City, Mayor Bill de Blasio has announced the launch of an online directory of every ethnic outlet throughout the five boroughs.

“In the city of immigrants, no person should be denied access to vital services or information due to their language,” the mayor said in a press release issued Wednesday. “Today we are ensuring that the city speaks the language of our people.”

The measure arrives at a time when foreign-language community publications are suffering from significant financial strain.

The index is to be used by city employees as an outreach tool: a means of strengthening communication between the city and its diverse communities. According to the press release, it will provide financial support through “informational and paid campaign efforts.”

The bankruptcy of an ethnic media outlet would be of wide-reaching significance. For an immigrant who cannot read or speak English, the community paper becomes an essential resource for reasons that go beyond staying informed. Manuel Avendaño, an editor at El Diario La Prensa told Think Progress that the paper also provides a means for people to access local services. “We get calls from people who have problems with their houses or someone is missing,” he explained.

Speaking to the Observer, Councilmember Antonio Reynoso, who represents the 34th district, described the result of the loss of an ethnic paper as a “black hole of information” for a community.

And while the announcement has been widely praised and welcomed, Mr. Reynosa said it was unfair to give Mr. de Blasio all the credit.

He told the Observer that Councilmember Carlos Menchaca of the 38th district, and Chair of the Committee on Immigration, was the first person to “really speak about this issue.”

He said Mr. Menchaca had planned an oversight hearing on Wednesday with the Council’s immigration committee to discuss ways the city could improve its support for ethnic media.

Mr. Reynosa criticized the city for previously neglecting ethnic media outlets by choosing to focus its advertising predominantly in English language papers, adding that money should be provided by the city to community publications, relative to the population of that community.

“[The report] highlights that [ethnic] media deserves more attention and that it needs to get its fair share of the advertisements,” Jehangir Khattak co-director at the Center for Community and Ethnic Media at CUNY told the Observer.

The city’s new measure likely won’t entirely solve the problems of struggling ethnic and community publications. However, Mr. Reynosa is hopeful, describing the city’s decision as a “step in the right direction.”

UPDATE: The directory will be maintained through “a collaborative effort between the Mayor’s Office of Immigrant Affairs, City Hall and the Speaker’s press offices,” Mayor de Blasio’s office said in a statement to the Observer. 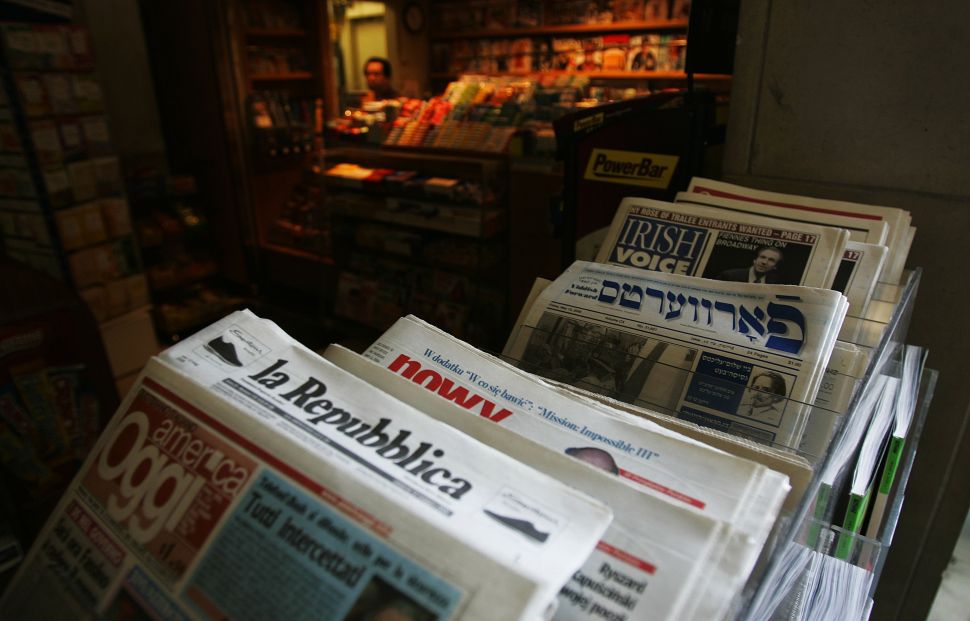