Sotheby’s stock is up almost a full point, despite the announcement this morning that the firm lost $12 million in Q4 as a result of its sale of the collection of its former Chairman A. Alfred Taubman.

“As a result of the guarantee shortfall, no net auction commission revenue will be recognized for the Taubman collection in the fourth quarter of 2015 or in 2016,” Sotheby’s CEO Tad Smith said in an earnings call today, according to the New York Times.

The collection, the bulk of which was auctioned in December, became a thorn in Sotheby’s side, as they guaranteed the entire thing in order to secure the business (they weren’t about to let rival Christie’s sell the collection of their former chairman, even if he did go to prison for price-fixing in the 1990s). The collection was the largest privately held trove ever to head to auction and the guarantee—$515 million—the largest ever made by an auction house.

The historic sales did not fare well, exactly, but at the same time did not entirely founder. Mr. Smith repeatedly insisted that the sales numbers were on track, much as he asserted today that the news is not a huge blow to the firm.

“A substantial amount of our costs are variable, and management can take actions to find cash when it needs to,” Mr. Smith assured shareholders on the call, per the Times. “Even if the art market blows in ways we can’t really see, we’re ready for it.”

The firm is now projecting net loss for the quarter of between $10 million and $19 million; it had net income of $74 million overall in 2014. The Q4 losses were due to shortfall and expenses from the Taubman sale and tax implications due to buyouts, among other issues, the Times said. 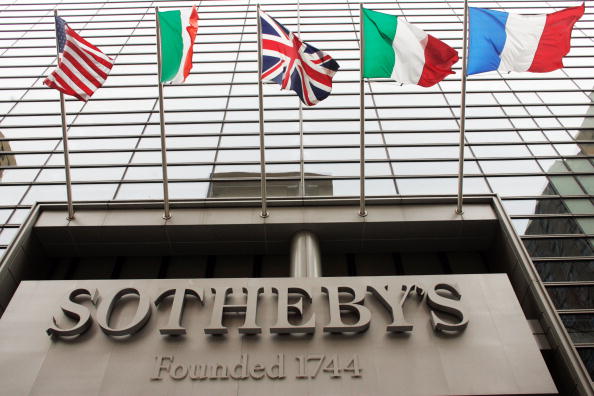