Former Bergen County Freeholder chairman John Driscoll decided in 2012 that he would not be seeking reelection to the Board of Chosen Freeholders. Now, however, it seems that the Republican might be reconsidering.

According to sources in Bergen County, Driscoll is weighing throwing his name in for the 2016 freeholder race. One source said that Driscoll was also considering potentially running for Bergen County Clerk, a position currently held by John Hogan.

On Tuesday, Republican Bergen County Freeholder John Felice announced that he would not be pursuing reelection. The Democratic-controlled board currently has only two Republicans serving. 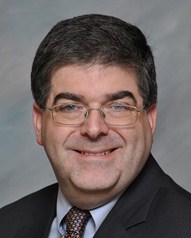