The performance artist is best known for his cringe-inducing politically charged works, which have included nailing his scrotum to a crack in the cobblestones of Red Square, sewing his own mouth shut and wrapping his body in barbed wire. Mr. Pavlensky has been in pretrial since November 9 after setting fire to the headquarters of Russia’s Federal Security Service—the successor to the KGB—as part of a piece titled Threat: Lubyanka’s Burning Door.

Police coerced Mr. Pavlensky into completing an evaluation once before. In 2014, Police dragged him into the Serbsky Center, when as part of a piece titled Segregation he sat naked on the fence outside the Center and sliced off part of his own ear with a large knife. The piece was intended to highlight the government’s use of forensic psychiatry for politically motivated purposes.

The Serbsky Center routinely diagnosed political dissidents with “psychological disorders” if they held anti-government stances during the Soviet era, so sending Mr. Pavlensky there has a meaningful echo.

Indeed, in a 2014 interview, the artist told reporters, “The Investigative Committee wants to demonstrate that I am crazy and to show their own craziness,” referring to a Russian prosecutorial agency. 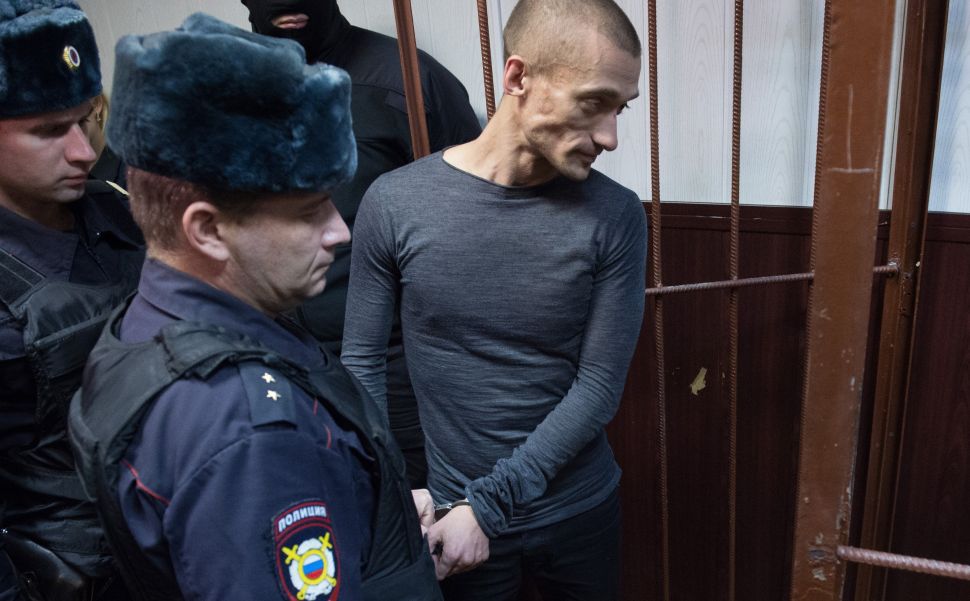