Gov. Andrew Cuomo gave a two-hour State of the State message last week, and there were enough promises to fill an old-fashioned Albany phone book—Yellow and White Pages combined. Almost every person, group and special interest in the state found themselves pandered to and promised something wonderful. And expensive. The document that accompanied the address—at 509 pages—proposed some $154 billion in government spending during the 2016-17 fiscal year.

Without a hint of irony, Mr. Cuomo proudly compared his “development initiative” to the almost-forgotten titan of government spending, Nelson Rockefeller. Mr. Cuomo bragged that it “would make Gov. Rockefeller jealous.”

Without a hint of irony, Mr. Cuomo proudly compared his ‘development initiative’ to the almost-forgotten titan of government spending, Nelson Rockefeller.

Headlines around the state highlighted the governor’s call for $100 billion (over several unspecified years) in infrastructure projects. That included, for example, $3 billion for a new Empire (Penn) Station, $20 billion in upstate highway and bridge construction, $4 billion for the still-unfinished Tappan Zee Bridge replacement, $29 billion to the MTA, $4 billion for LaGuardia Airport, and $20 billion for the Port Authority Gateway project.

Many of the media trumpeted the governor’s call for an investment of $20 billion for 100,000 new affordable housing units over five years, and homeless support services. He also pushed for lots of private spending—on 12 weeks of paid family leave, and a $15 minimum wage.

State support for education would increase by $1 billion this next year, to $24.2 billion. The state Board of Regents had called for a $2.4 billion increase and school advocates wanted even more. (State Assemblyman Charles Barron stood up, interrupted the governor, yelled at him for not spending at least $2 billion more on high schools, and was then escorted from the room.)

Understanding the state budget is not easy. Despite a graphically arresting tool that sorts spending and revenues in nifty ways, it is rarely clear how much is being spent when and on what; or where the money is coming from. E.J. McMahon, the president of the Empire Center for Public Policy, one of the smartest commentators on state machinations, called funding of the governor’s something-for-everyone laundry list “Cuomo’s Magical Mystery Cash.”

There seemed to be something for everyone—except Mayor de Blasio. The governor’s budget would in fact cut funding for 2,000 New York City police officers and money for CUNY and Medicaid. And, not content to wrest control from Mr. de Blasio on his signature efforts on affordable housing and homelessness, Mr. Cuomo is proposing that SUNY (the state university system) take over CUNY.

As Bette Davis warned us, “Fasten your seatbelts. It’s going to be a bumpy night.” 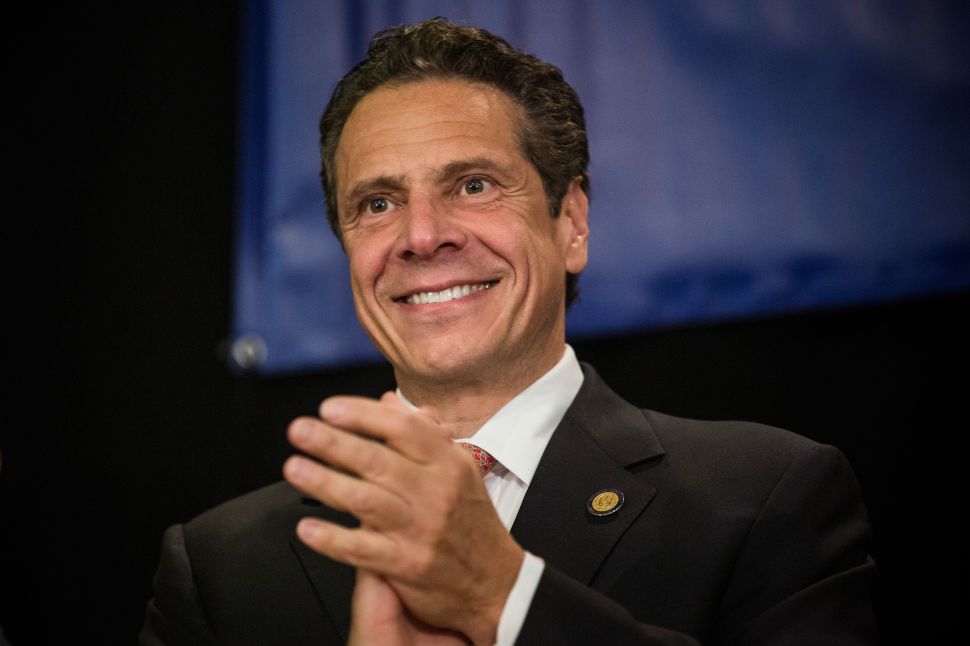