It’s 2016, and I’m here to tell you that startup mania is coming to an end. I know, it’s sad. It’s really fun to think about quitting your desk job, and becoming the nice guy version of Evan Spiegel. Or maybe you made or pretended to make a few angel investments. If so, it’s really natural. Don’t worry, as a former Google and YouTube exec, serial startup guy and tech investor, I’m sad and crying in my leased Tesla too.

Times have been remarkably great for the tech industry. We all liked and favorited the social media era. We all became addicted and tethered to our phones in the mobile era. But alas, all good tech eras come to an end, and it’s time to start thinking about moving onward.

You say horsefeathers? Those in the know (fancy VCs) say tech works in eight year cycles. Say what?!  If you think back, we all know the what happened eight years ago. That’s right, 2008 happened eight years ago. And before that we have the dot bomb era in 2000. You get the idea. In essence, new technology platforms begin, and early investment and innovation spur economic growth. After a few years, we’ve squeezed all of the innovation, and economic upside out of the new technology. Toward the end of the eight year cycle, you start seeing notorious end of cycle froth signals. Things like Wantpreneurs. Uber drivers talking about their angel deals. Chris Sacca on Shark Tank. Ten million accelerators. Uncapped equity notes. Then things get ugly for a little while, and then we all begin again.

In case you don’t believe me, here are the five signs this current cycle is over:

2) Consolidation in mobile has occurred, and mobile service/social innovation have reached maturity

3) Regulation phase for top startups like Uber and AirBnB. Everybody is now paying the piper

4) Investment rounds generally are deployed by startups over 18 months. An unusually large number of startups are on the hook to raise again on based on questionable fluffy metrics

5) Angels and Accelerators have learned they are not making money

Here is the fine print: We got out of the misery of 2008 thanks in large part to zero interest rates. Investment dollars had to find a place to go. In parallel, the mobile revolution arrived. An astonishing number of mobile service and social related products were created, from Instacart and Uber to Instagram and Snapchat.

Now after a few years of hyper-growth, the signs of mobile apps maturing are here. Look at the top ten apps in the iOS store, and 8 out of 10 are owned by Google or Facebook. As well, the big service apps like Uber and AirBnB are in the middle of regulatory hell.

And that’s just the top of the startup market. There are the thousands of startups competing who don’t quite measure up. They are all competing in winner take all models with no revenue, all based on hazy usage metrics. These entrants raised money from venture funds, angels, and accelerators in a binary manner. Either you become Uber or AirBnB or you fail and go out of business. Not a ton of room for non-unicorns.

At the end of the cycle, much like the best house parties, people start wondering who is footing the bill, and where is all the dough? Welcome to the end. It’s important to understand that the end of a tech cycle does not necessarily mean a bubble or even a catastrophic recession. It just means a cycle. We don’t need to always be facing a 2008 like cliff. Sometimes it means the party stops, money stops flowing, losers go home, and we go back to the drawing table. Painful, but necessary.

So if you’ve been trying to start your uber for influencers idea, angel like Mark Cuban, or hope you keep getting those promo codes for Uber and Instacart, you know what you are holding in your poker hand now. Do you like what you see?

Part II: How to play it.

If you don’t currently like your hand, I have advice for you. Get ahead of the cycle. Skate to where the puck will be. Here are smart five ways to play it:

1) Stop being a founder and investor.

If you are working on an app that involves a mobile service or using influencers, drop your startup idea now. You missed the boat. There is too much competition and the waves are rough. If you really love your idea, come back to it in a year or so when the new cycle is a little clearer to see, and can be leveraged. This is especially true if you are non-technical and don’t know how to code.

Likewise, Tim Ferriss and Tucker Max quit angel investing. So can you. Mark Cuban put it eloquently in this post. The game is stacked, rigged, and illiquid. In a very simple sense, the probability of a big liquid win is so low that angel investing is not worth the investment in time.

Find the new startups and businesses that are innovating, and creating something brand spanking new.  We never know what exciting new technology will spur the next big tech cycle, but all of the above are decently good guesses. As part of my work in virtual reality, I’m now meeting 7 or 8 newly formed VR startups a week. Even in a hot new industry, 99% of these new startups do not represent new jumps in technology. Keep your head down, and really investigate. Look for the companies that have a technical team, and technical leaders. Look for products and services that are a step forward, that give us something that feels a little bit magic. Whether the company is innovating in artificial intelligence or education, you will know that magic feeling when you feel it. Remember the first time you googled something, or hailed an Uber? That’s the feeling.

3) Develop a point of view.

The most powerful weapon online is to have your own original point of view. Creating an original idea makes you an entity in cyberspace. An originator. If you develop your voice, and have an idea of what is to come in your industry, you are in position to lead and be part of the conversation.

The way to start is to become a subject matter expert in a developing industry. Like an actual real expert, not a fake LinkedIn expert. Now is the perfect time. While there are no use-cases and business models, you are in a PERFECT position to learn, talk, write, and lead. Nobody can tell you that you are wrong. About a year ago, I saw the writing on the wall. Coming from a maturing online video industry, it made perfect sense for me to embrace virtual reality. So I started reading and researching. I met the smartest people working in the VR industry. I attended conferences, and started sharing my thoughts. I developed my point of view. So when the next big thing happens with VR, I’m set-up to be in a great place to contribute, and possibly help lead the way.

4) Double down on workplace skills and improve your relationships.

Skills are transferrable from this cycle to the next cycle. If you don’t have them, gain some new skills now. One of the best places to brush up and learn new skills is with established employers. Learn on somebody else’s dime. James Altucher can teach you all about it.

Business cycles, in the end, are always about being strategic with timing. Growth hackers understand there is always a new game to be played. The smartest players always know when it’s time to move on before it becomes too late. In a world with zero job security and vicious eight year cycles, the responsibility for your career falls on you.

Startup mania may be over, but the smart players are already gearing up for the next round. Watch some of the best entrepreneurs through Twitter and you can see them digging and embracing tomorrow.  Some of the best companies, ideas, and executives come from hard times.

Before you know it, we’ll be thinking about quitting our desk jobs, becoming the VR version of Evan Spiegel, and pretending to make angel investments again.

Say goodbye to the last cycle, but I’ll see you in the next one.

Ben is an active investor in VR and digital media, and is based in Los Angeles. Ben was an early Google and YouTube exec, and has founded and led multiple venture-backed video startups. His monthly profiles on “why people are great at what they do” are found here. 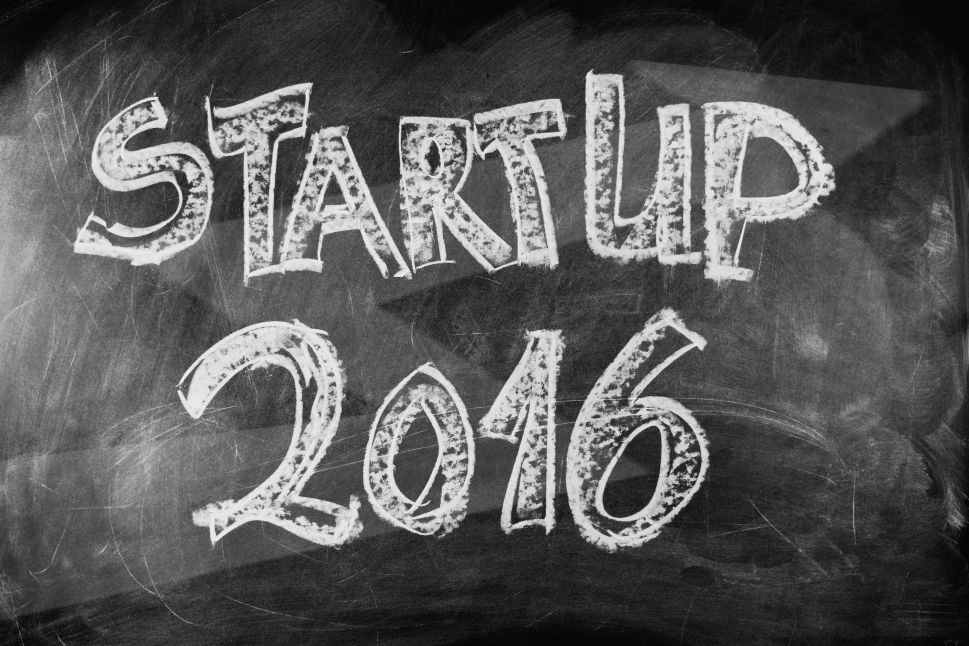