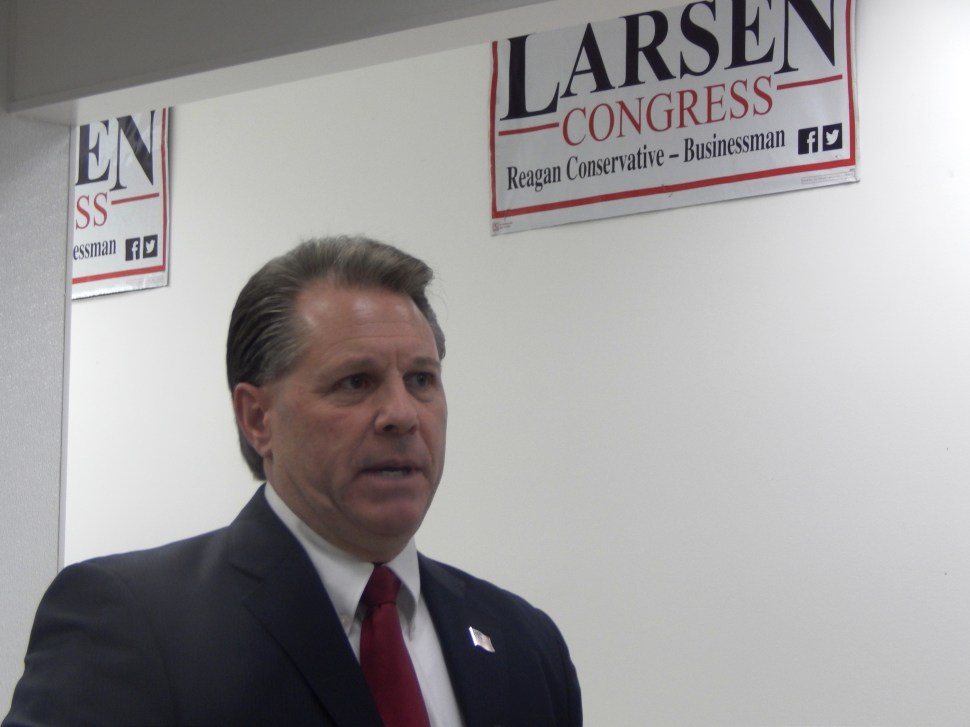 GREEN BROOK – Tewksbury businessman David Larsen didn’t pose with a real gun at his kickoff tonight, but the room he kicked off in featured easels with life-sized pictures of him bearing arms, and he made sure to remind the room that he has a permit to carry a concealed weapon.

A Ted Cruz for president backer in a packed room roughly divided between Cruz and Donald Trump supporters (“If I see someone with a towel on his head, I shoot him,” boasted a retired military man in attendance to laughs, while invocations of Chris Christie and Marco Rubio drew jeers) Larsen believes he

has sufficiently chipped away at Lance going back to his Tea Party fueled maiden bid in 2010, and that now the time is right to play on a national-sized mood of people stung by the establishment.

“People are fed up with the scripted bullcrap,” noted the Republican hopeful, who last reported zero cash on hand with the Federal Election Commission (FEC) compared to Lance’s half a million in the bank.

He acknowledged the history he’s had here, one that got him in 2014 within 2,592 votes of knocking off Lance – the third closest primary race loss by a non incumbent in the country that year.

“I’m not a perennial candidate, I’m a persistent candidate,” said the challenger, likening Lance to “the sludge on the bottom” in light of recent Gallup rankings of congresspeoples’ effectiveness.

A first generation Brooklyn native who built up his family’s windows and doors business and raised his family in Hunterdon County, Larsen prides himself on a blue collar, sleeves-up style that contrasts with Lance’s patrician roots.

“I lead by example – putting out chairs – a hands-on kind of guy,” he told the crowd.

A moderate when he served in the state senate, Lance has tacked right in Congress and forged alliances with key movement conservatives in part to blunt and deoxygenate Larsen. State Senator Mike Doherty (R-23) – arguably the most conservative member of the legislature – is a Lance supporter. So is movement conservative icon Steve Lonegan, an unsuccessful 2013 candidate for U.S. Senate and the point man for Cruz’s presidential campaign in New Jersey.

There were groans in the room at the mention of Lonegan, again expected to back Lance on the strength of past attachments.

“I’m on a mission.” he said. “I’m glad I don’t work. I’d have to fire myself. The people at the top [of the presidential primary] are outsiders.”

The Lance Campaign struck back in a statement.

“Notorious tax cheat and perennial candidate David Larsen is once again running. What else is new?” said Lance Campaign Manager Bill Killion. “Larsen will lose again just like he has the last three times because his views are not conservative. His bizarre and dangerous opinions will make America weaker and less safe.” 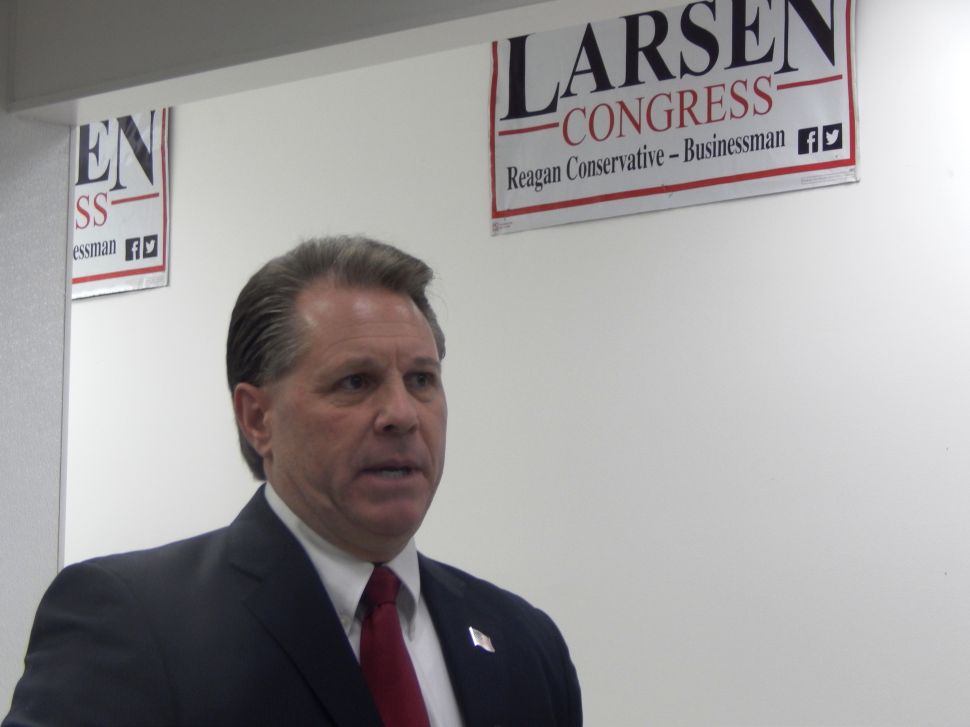