In 2009, Brazil’s president Luíz Inácio Lula da Silva, known as Lula, appeared at a press conference and said with pride, “Don’t you think is it too fancy for Brazil to lend money to the IMF?”

At the time, both the Unites States and Europe struggled with the subprime crisis, while Brazil thrived. In 2009, it lent $10 billion to the IMF. In 2010, thanks to the expansion of iron ore and grains exports to China, Brazil GDP rose a stunning 7.5 percent. At that point, Brazil overtook both Britain and France to become the world’s fifth largest economy. As Lula’s second term finished, the country moved aggressively to take Latin America’s economic and geopolitical podium.

But Brazil’s boom times are gone. The World Bank forecasts that Brazil faces its second year of recession. Following a GDP contraction of 3.7 percent in 2015, the economy will likely decline another 2.5 percent this year. According to the IMF estimates, Brazil ended 2015 as the world’s ninth largest economy.

In this new context, it is worth asking: what does a weakened Brazil mean to South America, especially following the inauguration of the center-right Argentinean president Mauricio Macri and the Venezuelan opposition coalition landslide victory against dictatorial leftist Nicolás Maduro?

“First, a weaker Brazil means that it cannot afford the old costly diplomatic agenda that often humiliated smaller neighbors,” says Eduardo Viola, professor of International Relations at the University of Brasília. “And the new realities in South America brought by the elections in Argentina and Venezuela also mark the demise of the ideological alliance among leftist lines of thought that were hegemonic in the Union of South American Nations in the last decade.”

According to Ricardo Mendes, managing partner at Prospectiva, a business consultancy with offices in Brazil and Miami, Brazilian diplomacy will get more pragmatic as Ms. Rousseff lets it to be carried out by the Foreign Affairs ministry, known as Itamaraty. “As Itamaraty retakes its leadership, [Brazilian Development Bank] and the national oil company Petrobras lose their diplomatic role,” says Mr. Mendes. “And both Brazil and Argentina will likely become more cooperative within the Mercosur bloc.” The two largest South American economies have already signaled they will work closely towards a still uncertain free trade deal with the European Union and will also try to grant Mercosur access to Asian markets through Colombia, Chile, and Peru.

Given its scale, a weaker Brazil also means a weaker South America. In 2015, Brazilian imports from the region dropped 28%, says the Brazilian Foreign Trade Ministry. As the largest destination of Argentinean, Paraguayan, and Uruguayan goods, Brazil is also an important partner for neighbors such as Colômbia, Peru and Venezuela. Citing the Brazilian crisis, the World Bank predicts the region will contract 1.1 percent this year.

Among Latino neighbors, Venezuela seems especially vulnerable to Brazil, its third largest trade partner and a significant supplier of food, apparel and machinery. In 2015 the Chamber of Commerce Brazil-Venezuela reported that Venezuela owed $5 billion to Brazilian firms.

In a recent and surprising move, Brazil targeted the Maduro regime. “The Brazilian Government trusts that the sovereign will of the Venezuelan people, freely and democratically expressed at the polls, will be fully respected,” read a January 5th diplomatic statement. Mr. Maduro did not publicly react. As the Supreme Court of  Venezuela decided to cancel all actions of the National Assembly until three opposition representatives suspended by the Court were deposed, they gave up their seats in an effort to enable the approval of opposition-sponsored new measures. The next diplomatic round will come soon, as the 33-member Community of Latin American and Caribbean States gathers in late January. Following a contentious December Mercosur meeting, when Argentina accused Venezuela of violating the bloc democratic clause, Brazil signaled it will not longer cover the back of the authoritarian Venezuelan regime.

Angela Pimenta is a Brazilian reporter. She is the president of Projor, a media watchdog NGO also focused on journalism training and best practices.  . 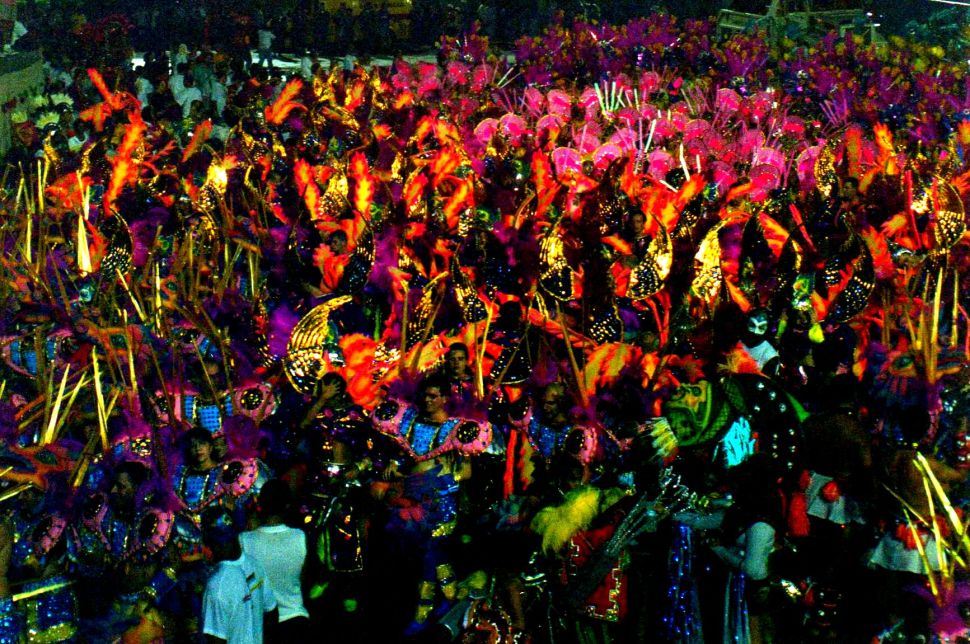