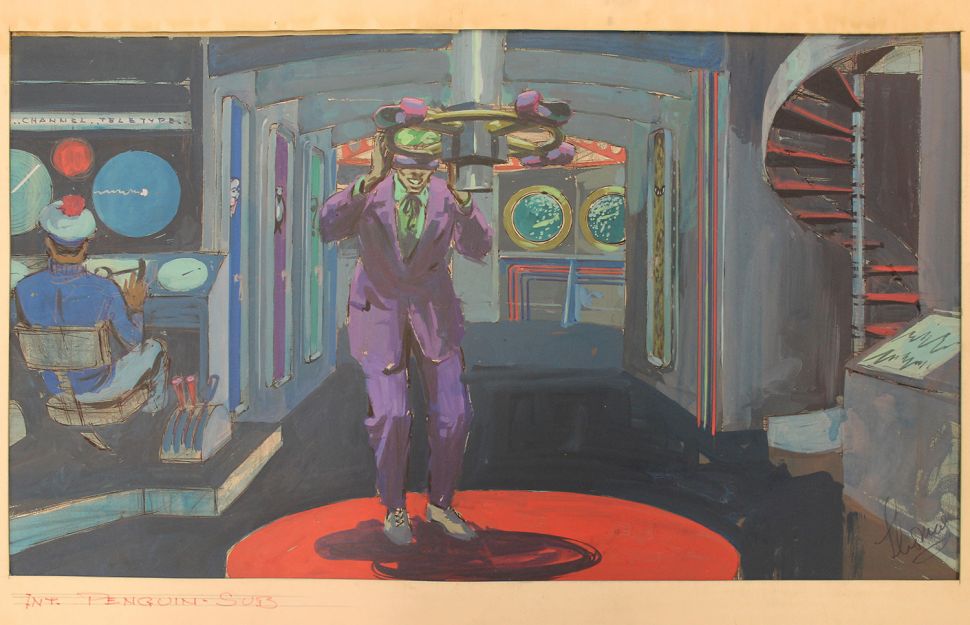 It would be news to any comic book fan that anyone with a passing familiarity with the medium is not aware of its deep connection to New York City. Yet, in an announcement about a New-York Historical Society exhibition on the heroes of four color adventures, Louise Mirrer, president and CEO of the Historical Society, said, “Comics are a huge cultural force, but few remember their New York roots.”

They don’t? Each of the Spider-Man movies takes place here, just as Marvel Comics overwhelmingly sets its stories in New York. Its hit Avengers movie ended in Manhattan, and Daredevil, on Netflix, went down in Hell’s Kitchen. In fact, Marvel’s HQ has been here for 75 years, and DC only left the city for Burbank this past spring. Everyone knows that DC’s Metropolis and Gotham are thinly veiled stand-ins for the city, and a fun game for city residents is spotting our neighborhoods in the exteriors shown on the Gotham TV show.

“Superheroes in Gotham,” an exhibition at the Historical Society (through February 21), occupies three rooms, tracing comics’ early days up through the present and some of the form’s more offbeat incarnations. Still, it leans heavily on the most familiar pop culture deployments of superheroes, such as the Batman television show and the recently ascendant Iron Man. It salutes the comics for becoming something else, which is a funny way to pay tribute to the stories that started it all. 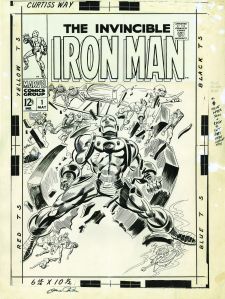 Mostly, the show emphasizes how the pulp comics evolved into other forms. As Nina Nazionale, one of the two curators, said during a press preview, pointing to a cabinet of comics-inspired toys, “Merchandising added to the excitement, but it also added to making it a truly global phenomenon.”

Visitors are met by Superman’s 1950s TV show costume and displays in the center of the space devoted to the five most recognizable comic book characters today: Superman, Batman, Wonder Woman, Spider-Man, Captain America and Iron Man. The walls surrounding them do their best to document each character’s creation.

William Moulton Marston, Wonder Woman’s creator, is described as a feminist in the curators’ text. His early comics are notoriously filled with bondage themes, and the inventor of the lie detector also gave his heroine a lasso that made people tell the truth. But what he and his creation (based in Washington, D.C., and Paradise Island, respectively) both lack is any particular connection to New York.

The outer edges of the room tell the story of the characters’ creators, such as Joe Shuster and Jerry Siegel, Superman’s creators, two Cleveland friends.

The Marvel entries on this list capture the fuzziness of crediting characters’ creations when they arose from Marvel’s legendary bullpen era, when writers, editors and artists all collaborated. Pinning down exactly who created a lot of these characters is made complicated by the fact that, at the time, many of the earliest creators really weren’t especially proud of this line of work. No one could foresee then how much the characters would one day be worth.

‘Merchandising added to the excitement, but it also added to making it a truly global phenomenon.’

Pennsylvania-born Steve Ditko is generally credited as the co-creator of Spider-Man, with Stan Lee. However, the estate of Jack Kirby, one of the most influential artists in the history of comics, has argued for a piece of the character (a claim that is debatable). But as you dig into Peter Parker’s story, a lot of people weighed in on the web slinger. You realize that, in 1993, Peter David posited in the Comics Buyer’s Guide that so many people had a hand in creating the X-Men franchise staple Cable, that you could really only credit Marvel Comics as his creator.

In the end, the first room of “Superheros in Gotham,” aims more toward meeting visitors with faces they will find familiar than expanding their understanding of how the narratives of Marvel and DC comics mesh into our city. 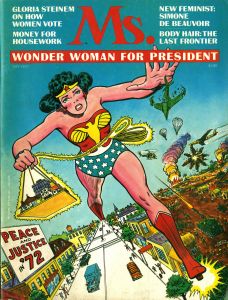 The exhibit then veers into the superheroes in other media, such as movies, toys, magazine covers, movies, radio and TV. For example, prints of four production paintings from the Batman TV show sets showed, Ms. Nazionale said, that “There’s an excitement to the people creating it that they get to use color.” That said, devoting this room to other media misses the chance to dig deeper into how comics themselves have documented our city, exploring less well-known characters or the changing way it’s been interpreted by artists over the years.

The emphasis in these two rooms is on the sheer comic book-ness of early comics, an emphasis that makes the show especially kid- friendly, though ignoring the fact that many readers of mainstream comics today are adults. In the ’80s, the ads on the backs of comic books were usually for the latest console video games. These days, it’s often for a new model of car.

Such “off” notes are common when high-culture institutions salute pop culture, as when the Museum of Modern Art’s famous “High and Low: Modern Art and Popular Culture” blockbuster of the 1990s gave shorter shrift to comics artists like Kirby but lauded Roy Lichtenstein, who credited them with inspiring him.

The show’s final room is its most interesting, hitting conventions, digital comics, fandom and fine art. The room opens with indie comics from the 1970s made by students at DeWitt Clinton High School in the Bronx, featuring characters like Afro-Kid. Marvel’s Stan Lee, Will Eisner, creator of The Spirit, and Batman’s co-creators, Bob Kane and Bill Finger, all graduated from DeWitt Clinton in the 1930s; an art teacher in the 1970s encouraged students to follow their examples, and some of that work is on display here. 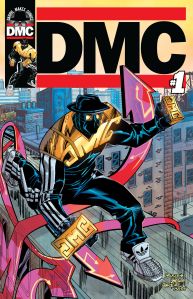 The exhibit also has a large space devoted to DMC #1, the 100-page graphic novel by hip-hop artist Darryl McDaniels, released last year, as well as indie comics staple Dean Haspiel’s digital version of The Red Hook, viewable on a tablet.

One favorite artifact, Alter Ego #1 (Spring 1961), edited by Roy Thomas and the late Jerry Bails, is a mimeographed fanzine from the man who would later invent the first awards for comics professionals, the Alley Awards.

Topping it off, in the lobby, is the Batmobile, or at least a version from the TV program.

Anyone who truly loves comics will get hypnotized by looking at really old original art from the classics, and this show has some great examples. That said, to get a truly gripping account of the origin story of superheroes, check out Gerard Jones’ Men of Tomorrow (Basic Books, 2005); if, however, what you’ve always wanted was to see Superman co-creator Jerry Siegel’s 1938 Royal typewriter, then you shouldn’t miss this show. 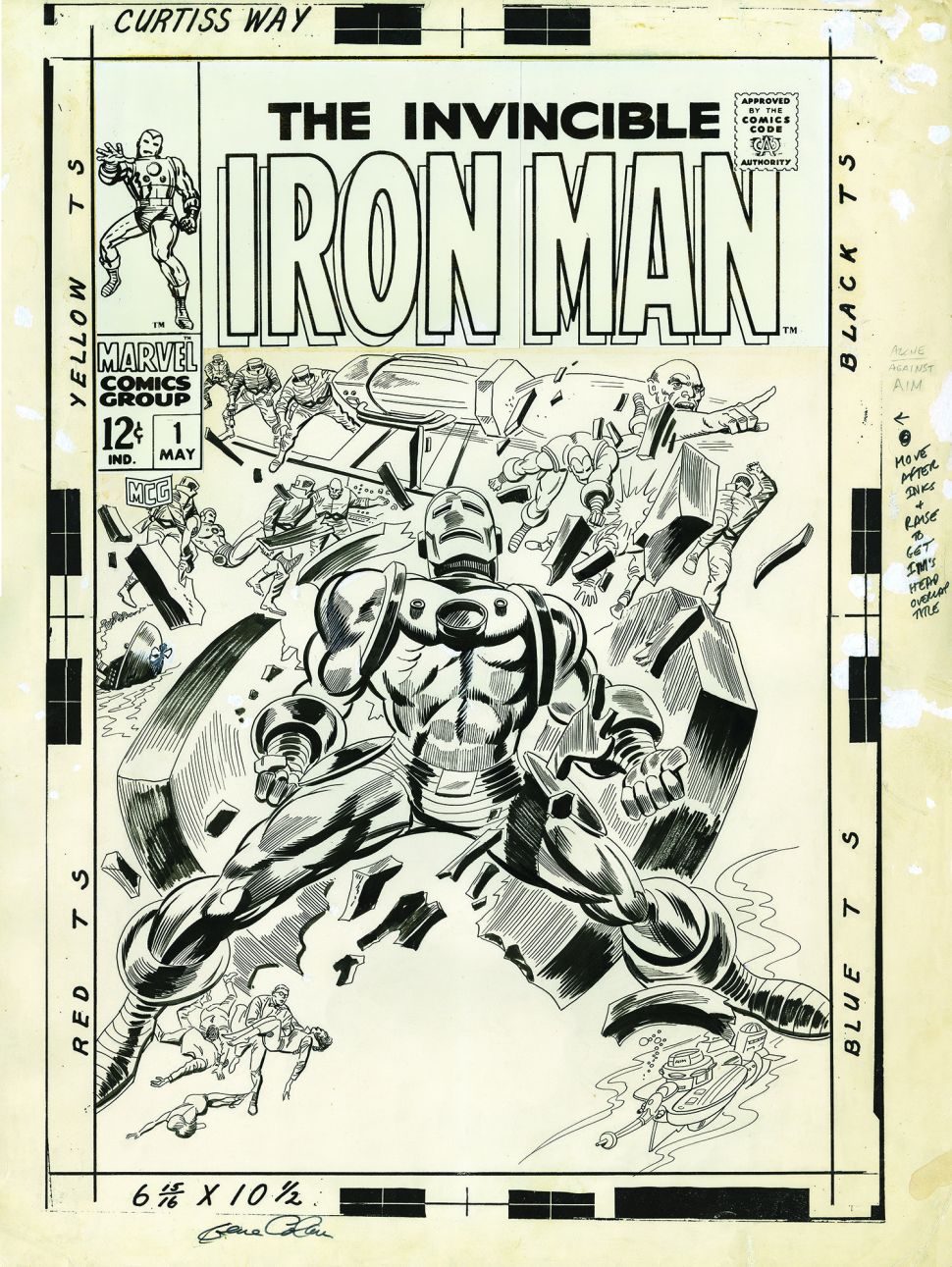