TRENTON – The Senate passed a bill from Senate President Steve Sweeney (D-3) to expand casino gaming into North Jersey this afternoon, with only a handful of senators voting ‘no.’ The measure passed 33 to 6. Despite the large margin of support, even many of Sweeney’s allies were hesitant to praise the bill as they voted ‘yes.’

Senator Bob Singer (R-30) set the tone on the Senate floor early on, saying that the provision to reserve one new casino location for an existing Atlantic City operator amounted to “rewarding failure.”

“I am going to vote for this bill, but I’m going to hold my nose,” Singer said.

Senator Shirley Turner (D-15) criticized Sweeney’s bill for not improving on New Jersey casinos’ existing tax rates, which she said are too low for the state to compete with the revenues states like Pennsylvania have seen. Pointing to that states’ fifty percent tax rate on casinos, she said New Jersey would not have any hope of reducing property taxes unless new casinos pay their freight.

“I never could understand why we only see a meager 8 percent or so in taxes from those taxes in Atlantic City,” Turner said. “Pennsylvania got it right.”

Turner also said she doubted that the short-term construction jobs created by two new casino locations would go to contractors from those municipalities, or even from in-state.

“Jobs for whom,” Turner asked on the floor, citing the construction process that followed the original approval of Atlantic City casinos in 1976. “A lot of the people who were building those casinos did not come from the Atlantic City area, some of them did not even come from New Jersey.”

Ronald Rice (D-28) echoed Turner’s pessimism about the new locations’ chances of serving as sources of job creation in the long-term, or across economic divides.

“There’s much more to be done,” said Rice, calling for the legislature to “make sure that there’s economic justice done for all people of this state, not just a few friends of a few wealthy people, politicians and political bosses.”

The Senate version of the bill will go to the Governor Christie’s desk today if a version matching Sweeney’s is posted in today’s Assembly session, which was delayed more than three hours by behind-the-scenes negotiations. 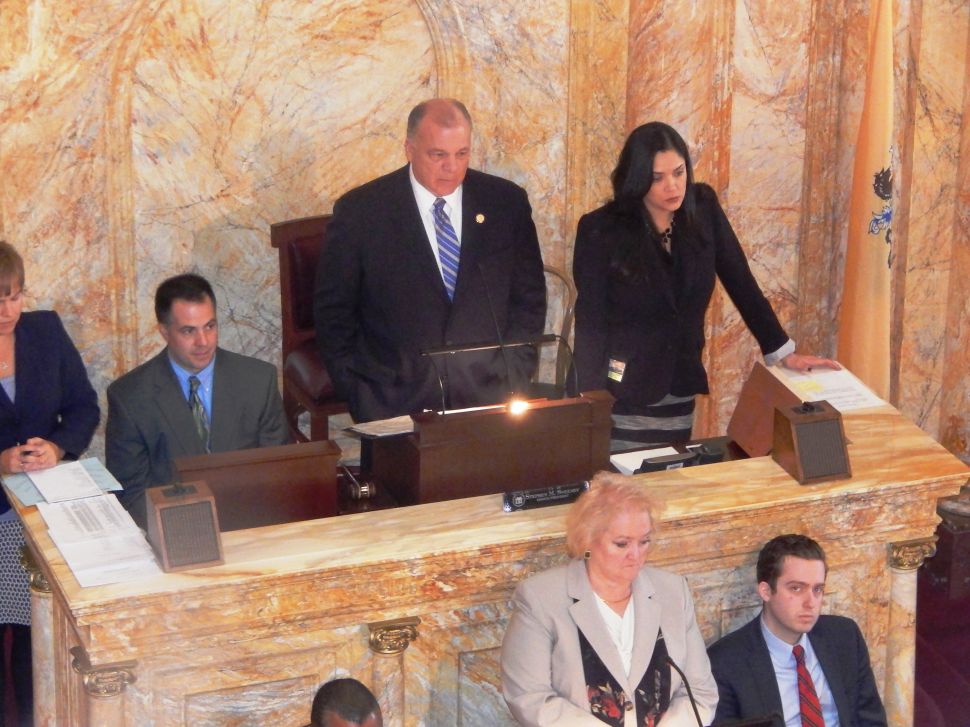