TRENTON – Atlantic City Mayor Don Guardian called the proposed state takeover of Atlantic City’s government a “declaration of war” during an interview with NJTV’s David Cruz. Following the release of a bipartisan plan that would allow New Jersey to take control of the city’s finances for 15 years, Senate President Steve Sweeney has fired back.

“How about if we talk about taxpayer fairness?,” Sweeney said in his office in the State House. “No one has defended Atlantic City more than I have but when you look at a town of about 40,000 people where the the cost per taxpayer is $6,700. Explain why it is so expensive.” The annual operating budget of Atlantic City is around $262 million. In comparison, for Trenton’s 84,000 residents the city spends $199 million, which is $2,368 per person.

Sweeney—who cosponsors the takeover legislation with Paul Sarlo (D-36) and Kevin O’Toole (R-40)—said that the time has come for the city and mayor to make “tough decisions.”

Sweene said that Atlantic City can no longer be put at a higher need than other New Jersey municipalities like Paterson and Trenton where there is similar need.

“When the taxpayers of the state are going to be expected to bail them out, at some point they need to do the dramatic thing,” Sweeney said. “It is like your house is in foreclosure and you have all these assets but you don’t want to give one up so you go to your uncle and say give me more. It doesn’t work.”

According to Sweeney, Atlantic City could make moves to sell off some assets like the city’s company in order to generate revenue. He said that if such a sale were made, the city could automatically generate $100 million in revenue. He also suggested that the budget needed to be trimmed in Atlantic City, including the elimination of cars for council members.

The Atlantic City takeover has nothing to do with Sweeney’s recent push to expand gaming outside of the borders of the city. According to Sweeney, any revenue generated by northern casinos—while a portion would be dedicated to diversifying Atlantic City’s economy—will not go to helping fund the municipality’s government. 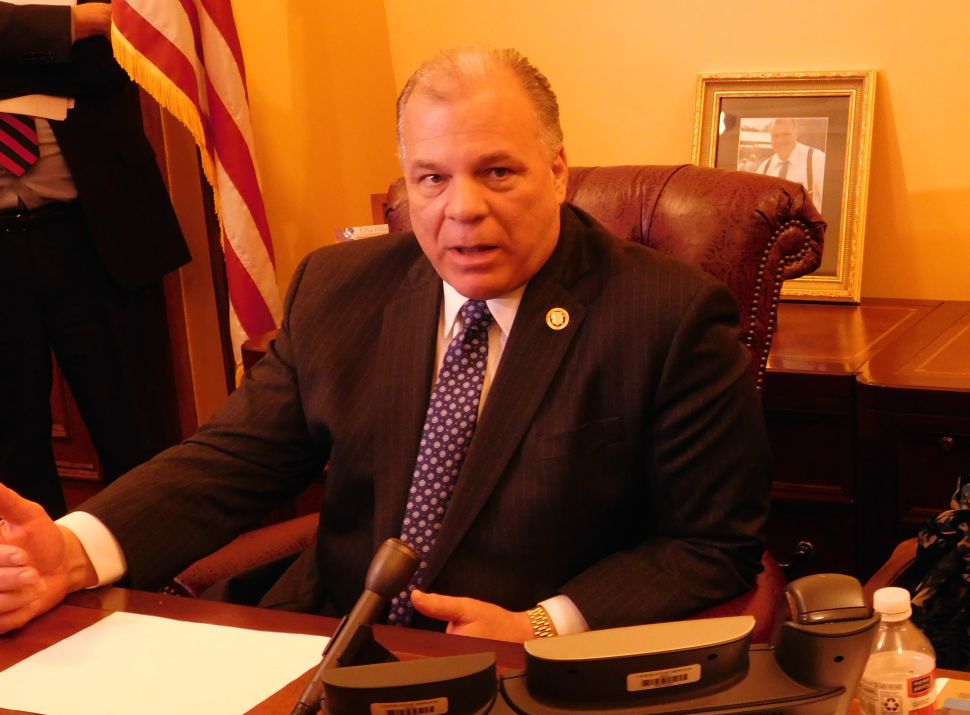