If you’re in the media business, it’s likely you know Ben Dreyfuss for his lively, impertinent Twitter account (93,168 tweets and counting, as of this writing). If you’re not, you may have felt his presence over the past few years as the invisible force behind Mother Jones‘s fast growing website. Mr. Dreyfuss, 29, is the engagement editor at the left-leaning, investigative magazine founded in 1976, and since he took the job in the summer of 2013, web traffic has seen a hearty increase.

According to comScore numbers Ricardo Bilton of Digiday recently dug up, Mother Jones is the most popular politics site among millennials, beating out MSNBC, Politico and CNN, among others. Monthly unique visitors to the website have also increased 232 percent, from 2 million to 6.6 million, over the past two years. This is due in part to the fact that Facebook, a key driver of digital traffic, is growing—so page views will naturally go up, too.

But according to Mr. Dreyfuss, who works out of Mother Jones’s New York offices (the magazine is based in San Francisco, and co-edited by Clara Jeffery and Monica Baurelein), there’s more to it than that. Engagement editing, he explains, now has less to do with sharing stories at a particularly opportune time or gaming Facebook algorithms than taking a kind of wholistic, conceptual approach to the stuff that goes out.

Mr. Dreyfuss, it turns out, is also the son of Richard Dreyfuss, though he maintains that he didn’t use his Hollywood connections to get a job as the social media editor at a magazine. (Those connections didn’t even help him get into Hollywood—Mr. Dreyfuss readily admits that he is a failed actor and script writer, having gone to Los Angeles after he graduated from New York University to pursue a career in movies.)

“Nepotism from my sister is why I’m in journalism,” he joked. His sister is Emily Dreyfuss, an editor at Wired who helped him get his first job in the business as a social media editor and blogger at CNET, “writing nonsense about cellphones and stuff,” as he put it, “and doing the things that people do in this very silly industry.”

“They didn’t really understand social media at the time—no one did—and I had gotten into a fight with Joe Scarborough on Twitter that Gawker had written about, and so my sister was able to say to the person who was doing the hiring, ‘You know, my brother, his Twitter account’s been written about in Gawker,’ ” said Mr. Dreyfuss, who is quick-witted and quite sardonic in conversation. “And they were like, ‘Wow, bring him in.’ ”

Over drinks at Flatiron Hall on a recent afternoon, Mr. Dreyfuss expanded on, among other things, the role of the social media editor, and why he feels that a certain iteration of that job may soon be obsolete.

You seem to operate as a kind of autonomous force at the magazine, inserting your personality into the Mother Jones social media accounts, which is sort of unorthodox. What kinds of strategies do you have?

When I joined, the social media landscape was pretty different. Twitter was growing still—it’s not any more, really—and Facebook was still big, but it wasn’t the huge giant that it is today. We had a lot of talks about the sort of nonsense that people would say, like brand awareness and Tumblr notes. It’s like why IHOP has a Twitter account for some reason—no one’s going to go to a fucking IHOP because they read a tweet. Facebook was starting to do this thing where they were referring more and more traffic, and there were companies that were doing it right, and companies that were missing it.

What did doing it right entail?

Basically, if you get people to engage with your page, they will see the next post, so what I had us do originally was to post other people’s content. So if you liked this thing from Mashable, you’re going to see our big long read about gun violence in America. It’s good to have broad appeal on social media. Eventually we stopped throwing traffic to other random organizations and started just bringing it to ourselves.

The site’s headlines are pretty voicey, too, which must bring in readers.

Before journalism, I had been doing dialogue doctoring, helping fix dialogue in other’s peoples scripts. And so at Mother Jones, the main operating theory has been that every headline we have and every tweet and every Facebook post needs to sound like a human would say it. Social media has made people better writers because of that.

The worst thing in the world is when you’re in college in a creative writing class and people write like a 19th century gay poet. The fact is affectation is a killer on social media. Just write the way you talk.

You’re one of the rare social media editors who also writes a lot. Are you expected to do that?

There’s only so many people willing to write about Back to the Future or Adele. I didn’t write the first six months on the job. I started doing it because someone needed to, like we were at a moment when I needed a story written, and the person I would assign it to was busy.

Does Mother Jones have a social media policy for its reporters and editors?

We don’t have a strict policy, but the thing that I always say is, whatever you tweet, you should be comfortable defending that position on television.

How do you feel about the future of social media?

It’s a good time for journalism, but at the same time, there’s a whole generation of jobs that are about to go away, and so there’s a whole lot of anxiety about that. The social media editor job will be gone soon.

Yeah, and it should go. Eventually there’s gonna be less tricks to play and the content will have to speak for itself more. It shouldn’t be about social media management. The things that have made us so successful in social at Mother Jones no longer have to do with social media management, or what time we post. What it has to do with is packaging the actual content before it’s published, and that job has always existed going back to forever. There’s always been an art director.

Are you sure you should be saying that?

My main job isn’t scheduling things on Facebook, but there’s a whole lot of social media editors for whom that is their job. And that’s the job of a machine. The fact is that it’s a dumb reason for a news organization to do well because some social media management person knows that Bitly says that people click on links between 9 and 11 a.m.

It seems that when an organization publishes something good—a long, deeply reported piece or something—the rewards come automatically.

It’s way nicer when those are the things that did well at the end of the year as opposed to the short little posts. This is something I’m immensely proud of at Mother Jones. Under my byline, there’s a lot of short, silly stuff, like “Squirrel steals GoPro.” Those are things that exist on Mother Jones for the simples reason that I found them interesting and I have keys to the CMS and I want to share this cute video.

But the top trafficked stories are never those. I mean, because of social media and the way it works, you can drag a horse to and you can actually shove that horse’s face in that and force it to drink. You can do a lot of things by getting very enticing headlines and things, but you can’t make that horse tell its other horse friends that the is good unless that is good. 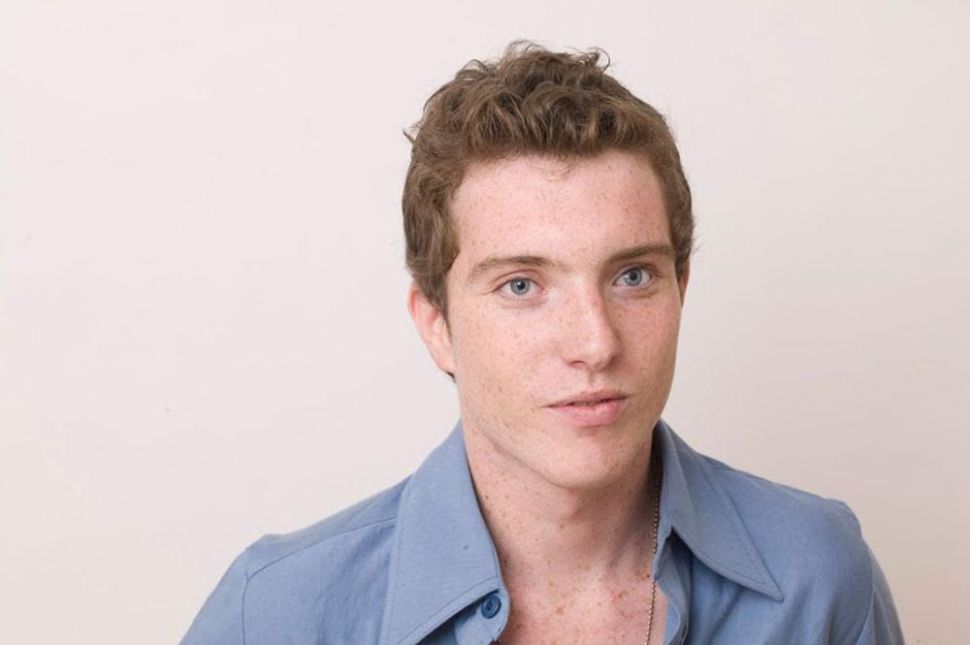