Congressman Steve King, an Iowa Republican and immigration hardliner, was named the co-chairman of Sen. Ted Cruz’s presidential campaign this afternoon, a few months after he threw his weight behind the Texas Republican.

Mr. King said Mr. Cruz is a “consistent and tireless fighter on the issues that matter most to conservatives, such as Obamacare, religious liberty, life, and stopping Obama’s lawless executive actions.”

“He is the full spectrum constitutional conservative in the race. We need someone who does what they say they’re going to do in the White House in order to get this country back on track,” Mr. King said.

Mr. King backed Mr. Cruz in November, lending his campaign another avenue to social conservatives in Iowa, who are increasingly drawn to Mr. Cruz’s campaign. Running as an uncompromising fiscal and social conservative, Mr. Cruz is viewed as a favorite to win the Iowa Caucuses in February.

Like Mr. Cruz, Mr. King has drawn national headlines for his hardline stance against illegal immigration. Mr. King has been campaigning this month with Mr. Cruz across Iowa, where the Texas senator is seeking to corral many of the anti-immigrant supporters who are drawn to the front-runner in the polls, Donald Trump.

“Steve is an incredible leader and fighter for conservative principles,” Mr. Cruz said. “Steve’s experience taking on the Washington cartel, fighting for the American people and protecting our liberties is an asset to this team.” 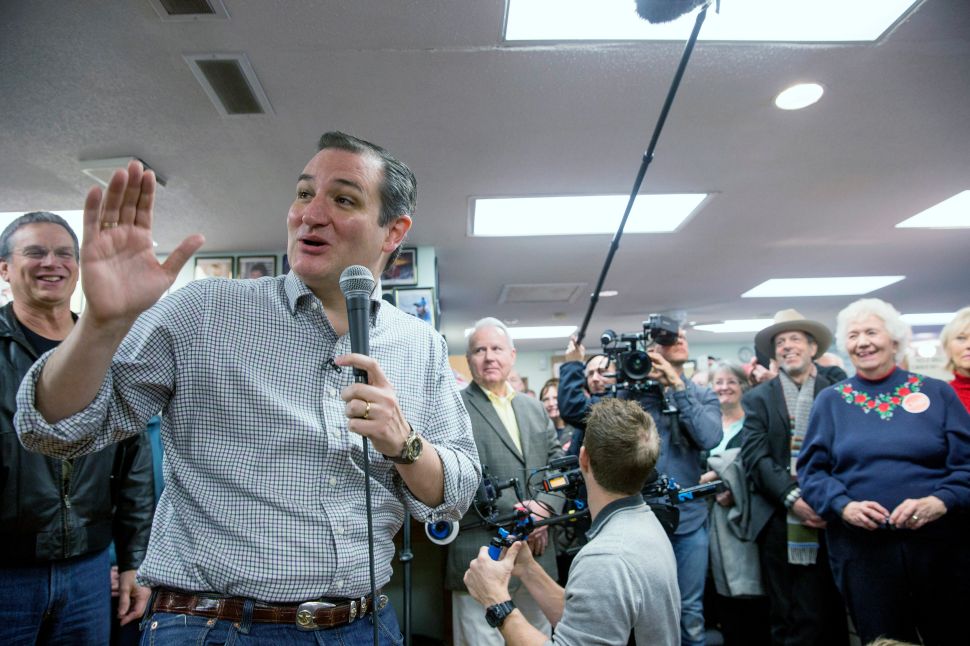