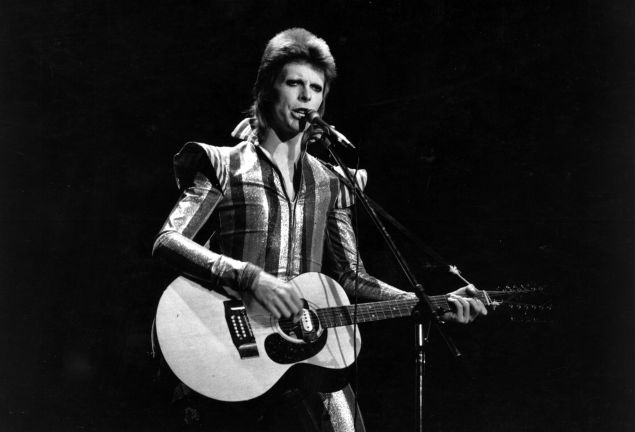 In honor of the Thin White Duke’s birthday, here’s a guide to 25 of his best moments—at least among those easily available on YouTube. Plus one more thing you should listen to right away.

“Starman”, 1972. A stunning live version of some get it on rock ‘n’ roll. At the one minute mark, Bowie throws his 12-string around his back and dangles his left arm around the late, positively great Mick Ronson and they sing the chorus together while Trevor Bolder, wearing feathered earrings, looks on and smiles. KILLER.

A very good live version of “Space Oddity.” Bowie’s outfit is not to be missed, and the close up of his brown and blue eyes…I’m dying here.

This video of “Life on Mars?” is perhaps the standout of the bunch—it’s Bowie in maximum eye makeup, mismatched eyes and mismatched teeth in full glory. The song is spectacular. His suit is spectacular. “It’s a godawful small affair/To the girl with the mousy hair”…and that chorus.

A beyond-belief fantastic and mind-blowing live version of “Five Years.” This is from a show on BBC 2, Old Grey Whistle Test, February 8, 1972. Bowie’s at peak handsomeness. When Bowie sings at 2:40, “Smiling and waving and looking so fine/Don’t know if you knew you were in my song,” you are going to have a heart attack. And Mick Ronson is on the piano??!! Maybe this is the best video of them all. At this point, I’ve watched this so many times, YouTube counts me as an advertiser.

“Oh You Pretty Things” from the same Old Grey Whistle Test show (he’s wearing the same adorable jumpsuit made out of an old curtain), but apparently this one was shelved until 1982. Why? Bowie plays the piano in this one, and he’s on fire. Tons of close-ups of that perfect face. Angelic.

Good version of “Jean Genie,” with tons of cool clips of the band playing live, in the studio, in the city. Too much of some random Marilyn Monroe impersonator. I’m here to see Bowie, honey—not you.

“Drive-In Saturday,” 1973, filmed for the Russell Harty Plus Pop. Not my favorite Bowie song, but he looks pretty with one giant chandelier-style earring.

An excellent live version of “Ziggy Stardust,” from D. A. Pennebaker’s 1973 movie. A second chance to see that short, short robe that Bowie wears.

The studio video of “Heroes.” This is the gateway drug to David Bowie. If you’ve never listened to a Bowie song, start with this one. This impassioned stanza alone (it’s referencing the Berlin Wall) is better than anything else:

A truly freaky video for “John, I’m Only Dancing.” Why does this song still sound so goddamn great?

A neglected B-side, “Soul Love” is a delight…but this video is a hot mess of clips that do not actually show Bowie singing this song. Hmmph.

“Rebel, Rebel,” and it appears to be version taped off someone’s TV as they were watching VH1. Love it! To the superfan who loves the tacky things…hot tramp, I love you so.

For years, this was my go-to video and song. It’s “Time,” with Bowie lip-synching in a truly bizarre outfit that can charitably be described as shreds of a revolting parachute. When he sings, over again, “We should be on by now…” well, it’s superlative. From the glorious Aladdin Sane album, 1973. Take your time. I had so many dreams. I had so many breakthroughs. OMG what a song.

Wait, what? OMG, a new song from the Master. “Blackstar” is a really good song—and the video is fantastic. The dancing was Bowie’s own vision, based on old Popeye videos (really), which I know because I got to see this video at a premiere! And that’s what the director, Johan Renck, told us. I asked Mr. Renck if the astronaut in the video was Major Tom. Answer: Maybe. No word if the bejeweled skull is the work of Damien Hirst. Best moment in the video is at 4:40, when Bowie 2016 sounds just like Bowie 1973.

“Watch that Man”—oh honey watch that maannnn. Live version performed at Hammersmith Odeon in 1973. This kind of sounds like KISS—interesting.

Every camp dance I ever danced at (and that was a lot of them) always played “Suffragette City,” because it’s not a dance until you can yell, “Wham bam thank you ma’am,” even though none of us knew what the heck that meant. This is a good version, but drummer’s going too fast, in my opinion.

This video of “Ashes to Ashes” used to be on MTV every once in a while, and my life would come to a complete stop while I watched every beautiful second. Now I can watch this whenever I want—and I do. I’ve always had an affection for this completely bizarre video (why is there a bulldozer?), but the lyrics are just incredible. I’m stuck with a valuable friend. I’m happy, hope you’re happy, too.

“Boys Keep Swinging” is a gem, and while this video feels cold and way too studio, you can’t beat the incredible sound of the song and the infectious chorus: Boys, boys keep swinging, boys always work it out!

“Look Back in Anger”! Good advice. I usually do. An uninspired video of Bowie pretending to daub paint on an ugly portrait. Great song, though.

“All the Young Dudes,” backing Mott the Hoople. This video does not show Bowie, despite that fact that he wrote this masterpiece and kills the backup singing, but it’s spectacular nonetheless. Is there concrete all around, or is it in my head? I’m a dude now. Yeah you, in the glasses. I WANT YOU!

More from the Old Grey Whistle Test, this time “Queen Bitch.” The TV announcer calls Bowie “a bizarre, self-constructed freak.” So great at the 1:51 mark to see Bowie and Ronson smiling and having a total blast with this song as Bowie’s 12-string acoustic moves the rhythm forward.

Yes, the opening chords of “Lazarus” sound very much like the Cure’s “Pictures of You.” And then it gets even better. Shredding guitar, great vocals, a wan Bowie with Coraline button eyes…Bowie’s found just the right sound and look to adapt to his aging body and voice. He’s still perfect.

The original, unsettling, but very informative first video ever for “Space Oddity.” The pacing is wrong, the singing is unpleasantly nasal and his hippie look is…not good. But required viewing all the same.

No, this is not a video, but instead the full album of Low. For superfans only, Low is a magnum opus by which every other note of music produced will be judged. This is the best record ever. 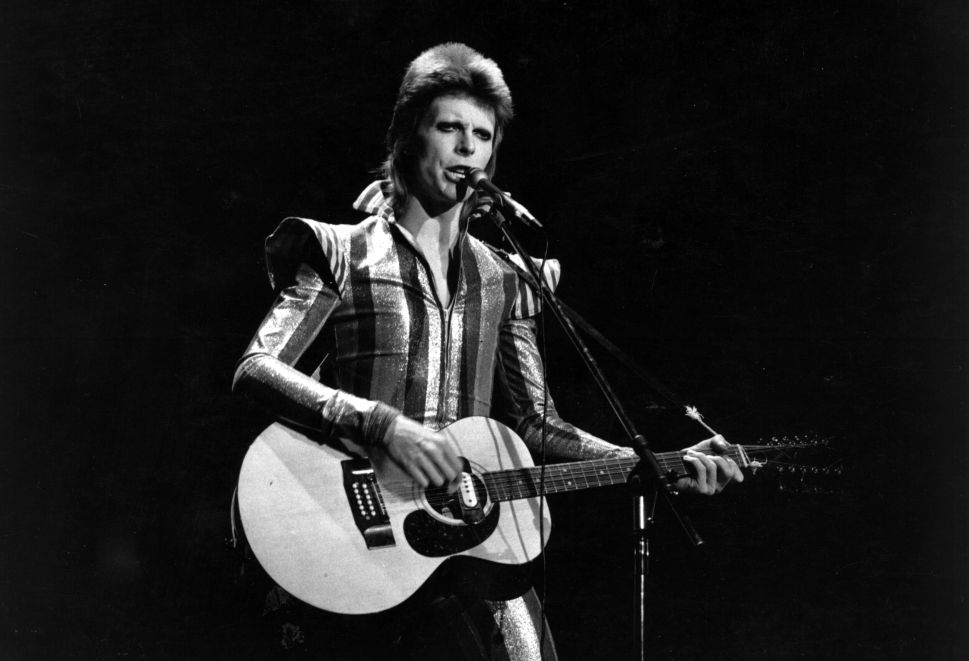