We all thought normcore was basically over, but today the Associated Press made us realize that it never really left.

The term has been around for over two years as a marker of bland millennial “urban camouflage“—dressing like Seinfeld instead of a stud.

But the AP, the world’s oldest news service whose stylebook has been a bible for generations of journalists, didn’t issue its judgment on the term until today:

normcore: A fashion trend that combines "normal" and "hardcore" and is characterized by unpretentious, unisex, average dressing.

Of course, since the AP is an established brand that has been around for 170 years, it’s pretty normcore already. A host of Twitter users pointed this out while quoting the definition:

I am pretty sure they are extremely pretentious https://t.co/g3HXv4o86U

I feel a sudden urge to ram my head into a brick wall…repeatedly. https://t.co/cczcJEAxBB

I'm not mad at AP, but I'm disappointed in us as a society https://t.co/flBMdjIMIq

You're about a year behind on this one, @APStylebook. https://t.co/S8jNpKO8yD

The AP is really getting better at closing the gap on being out of touch. Only, what, two years later? https://t.co/85GujX8IkF

Admittedly normcore has taken on a new relevance thanks to Making a Murderer–lawyer Dean Strang, featured on the Netflix docu-series, has become a normcore fashion icon.

But it is still strange that the AP waited so long to define the term, and also that it limited its definition to style. As The New York Times explained in 2014, normcore is also a sociological attitude, which advocates embracing the mainstream (“hipster types learning to get over themselves,” etc). There are even more sarcastic readings of the term which call it simply “an Internet meme that turned into a massive in-joke”— normcore as a passing fad, rather than an ongoing trend.

Whatever your definition, you’ve gotta hand it to the AP—being almost two years behind the New York Times is definitely normcore. 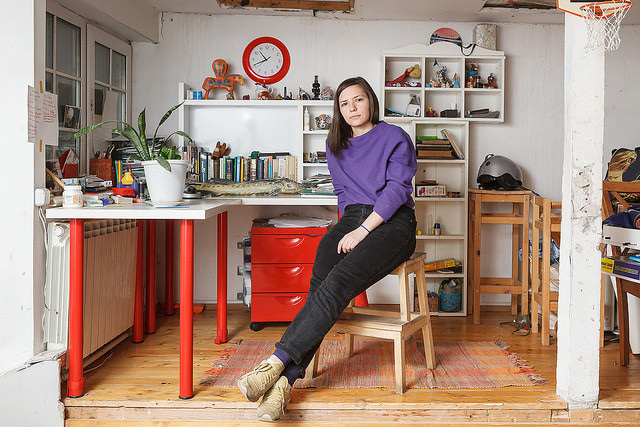