At a rally and march this afternoon organized by 32BJ SEIU, police arrested Newark Deputy Mayor Rahaman Muhammad (above) and several workers who sat in a circle in the middle of the street at Newark Liberty Airport as a protest of low wages earned by airport workers. 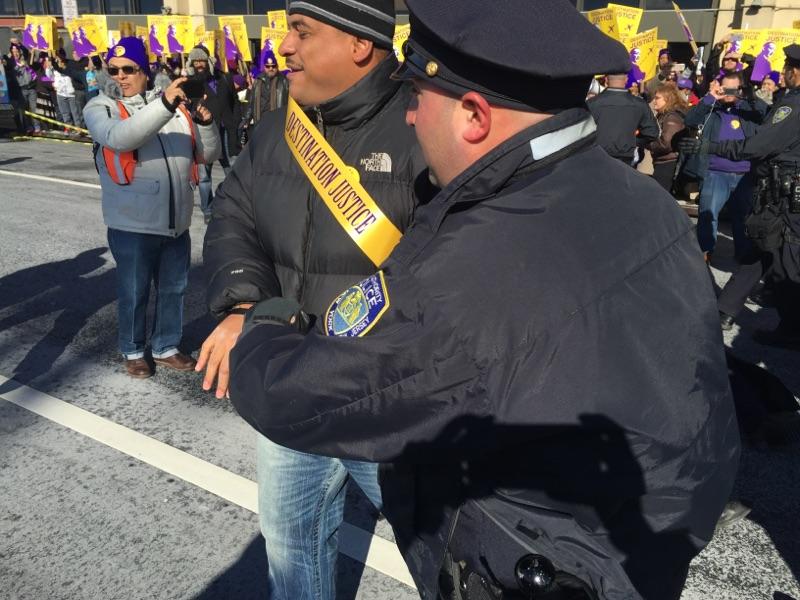