If a consumer bought into a lottery pool that equally divided between 10,000 players, and it won the Powerball’s $1.5 billion jackpot, that would translate into something like $61,600 per person, after taxes, if the pool took the bulk payout (based on this breakdown). That’s a pretty nice payday, right?

Who even knows what they could do with $1.5 billion anyway?

But the online lottery pools that can get players into pools of that size exist in a shady legal area. “To protect yourself as a consumer, you should only play lottery with a regulated operator,” Keith Whyte, Executive Director of the National Counsel on Problem Gambling, told the Observer in a phone call. Each state limits and regulates what forms of gambling are legal, he explained, adding, “When the law is silent in gambling it means it’s prohibited.”

One way Mr. Whyte said that consumers can tell whether or not a given gambling operator (in the real world or online) is legitimate is to look for responsible gambling features, because regulators always insist on those. In other words, it should have some sort of indication for how problem gamblers can find help.

The Observer was not able to find an online pool that indicated what state regulator it operated under. Nor did we notice any responsible gambling features on any of of the online betting pools we found. Based on these standards, we couldn’t find a best online lottery pool, or even one that fit the criteria laid out by Mr. Whyte.

Win Trillions. The site says it’s been around since 2005 and connects to lotteries all over the world. It even has a mobile app, making your gambling as easy as possible. Users can either play individually or join lottery syndicates (another word for pools). It’s based in Cyprus.

Its website says that a portion of its profits benefits communities in Latin America. Win Trillions did not reply to a request for comment.

My Free Lottery Pool. This is a strange one where users don’t actually buy anything. It’s an ad-supported site, the owner of which uses the money from the ads to go out and buy lottery tickets. The FAQ says it mainly generates revenue from Google Ads. “Members are under no obligation to do anything other than login and register to play on my tickets,” Dan Bader, founder of My Free Lottery Pool, told the Observer in reply to an email to the site. “So, there’s nothing to regulate.”

Google was not immediately available for comment on My Free Lotttery Pool’s business model.

Social Lotto Pool. Based in Virginia, the site gives people a chance to buy into pools for one drawing or monthly subscriptions to get into lots of pools (at $9.99 per month or $99 per year). The site’s footer clearly states that it is not affiliated with the Virginia State Lottery.

Social Lotto Pool did not reply to a request for comment from the Observer, but it does have an argument for why the site is legal, which includes the following: “We do not ‘sell’ lottery tickets nor do we receive any commissions from a lottery organization for rendering this service. In compliance with the state lottery we do not charge the consumer more or less than the cost of each lottery ticket.”

Note that the company doesn’t over or under charge for tickets, but it also doesn’t sell them. How does that work?

The Observer wrote to several state regulators about online pools. Pennsylvania did not have an official opinion on their legality. A spokesperson for the New York Gaming Commission wrote, “Online wagering is not available in New York.” A spokesperson for the Illinois Lottery wrote that if a resident of the state buys a ticket from a registered operator also in the state, then it’s legal. It did not reply to a follow up question about what would happen if someone in Illinois won on a ticket from an out-of-state lottery pool online. The California Lottery did not reply to a request for comment.

So if a consumer won a small piece of a large pool, would regulators act? It’s not clear, but it’s not guaranteed they wouldn’t. On the other hand, there’s no sign that regulators ever have, either, but the country is really focused on this huge jackpot, so it could be different this time. This seems to be one of those areas where the law has not yet caught up to the Internet. 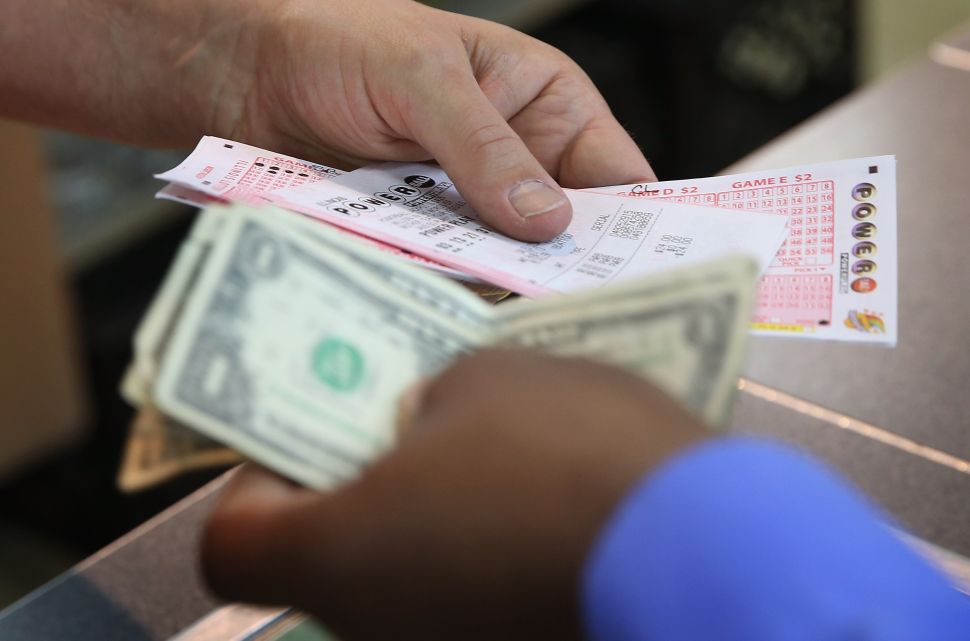