While hiking on the remote eastern horn of Cuba, a man in front of me on El Yunque picked up a mature cacao pod, split it open on a log and fed me a fresh, raw cacao bean. He then offered me a proper bean-to-bar length of processed chocolate with pure Cuban sugar for 5 cents.

I mention this just to say that I didn’t really have a horse in the race when it comes to the Mast Brothers current controversy over whether their $9 chocolate is just $6 chocolate in pretty wrapping paper. I did, however, feel for the stores in my neighborhood who make the effort to buy local and who saw their sales plummet for carrying the now-controversial product.

A lot of this is the hipster Schadenfreude—people just happy to see someone fall off their fixed-gear bike. But honestly: that term might have meant something in the year 2001. But 15 years later can we get over the fact that some people grow beards and ride single-speed bikes and spend money on chocolate? Great.

It’s chocolate. It looks nice. I usually get one for my mom at Shake Shack in Grand Central on my way to visit. In fact, in addition to having given them my own money-dollars, I also stayed out of this controversy since it began on a 4-part Dallas food blog report. Mostly because it sounds wicked lame. But when the Times held its beans to the fire, it admitted that, yes, Rick and Michael Mast had experimented with industrial chocolate, known as courverture, when they started the business.

That’s not autocorrect: The Mast Brothers are ducking with me.

Here’s the deal: all of these Brooklyn handmade-y businesses aren’t blacksmith shops. They’re startups. According to the best book on this, Eric Reis’ The Lean Startup, that’s “a human institution designed to create a new product or service under conditions of extreme uncertainty.” To remove uncertainty without wasting money a startup must create “Minimum Viable Product.” i.e. before the Mast Brothers go smelting cacao beans, they need to figure out if the beans they would buy would taste good in a bar.

That was what I was gonna say.

Buuuuut, they’re doing that thing. You know the thing? Where someone really upsets you and they don’t say “Sorry I upset you” but, rather, “Sorry you’re upset?” (Their official response, emphasis mine: “We sincerely apologize if you or any of our other loyal customers feel they were misled about the chocolate we made when our company was just getting off the ground.”)

Here’s how your local artisanal Brooklyn craft story-sausage gets made: I sought the Mast Brothers out through my local shop in Brooklyn. The shop refers me directly to the human being they give money to at the Mast Brothers. I point specifically to a Grubstreet piece getting traction on Reddit. The Accusation: stores that used to sell $5,000 of Mast were lucky to get $1,700 during the holidays. Then they duck behind a PR firm.

That’s not autocorrect: The Mast Brothers are ducking with me.*

Remember during the financial crisis when the Lehman Brothers, a financial services industry since 1850, crumbled as it turned out to be run by short-sighted Lehman “Bros”? Then you’ll understand why it’s totally cool if we start referring to these eejits** as the Mast “Bros.” Here’s what their PR flack said, after much handmade handwringing:

In 2008 that was: We can’t possibly be selling junk! We’re making too much freaking money!

Looking at sales for retail partners, sales increased in 2015, and held steady during the period in question. MAST has nearly 1,000 retail outlets. Citing a handful of shops that may have experienced a shift represents a very small fraction of retail partners and is not representative of sales on the whole by any means.

“Experienced a shift” is, I guess, how the Lehman “Bros” would refer to that month where your dad lost his pension.

That’s a nice, hearty corporate version of: “I’m sorry you’re upset.” Not very neighborly, from the Brooklyn boys. And exactly zero remorse for the local-owned stores who are losing money because of Mast Bros’ PR disaster. Many of them, of course, are the cash-strapped local Brooklyn stores who were left holding the bag this Christmas.

Fellas, I’m still open to chatting. You have my email. Just don’t open with another non-apology.

*According to Camron PR of London, SF & New York (not Brooklyn?) “We represent COMPANIES who understand the way in which DESIGN DEFINES THEIR BUSINESS.”

**I don’t know who else says this. But this is how most Irish parents spell “idiots.” 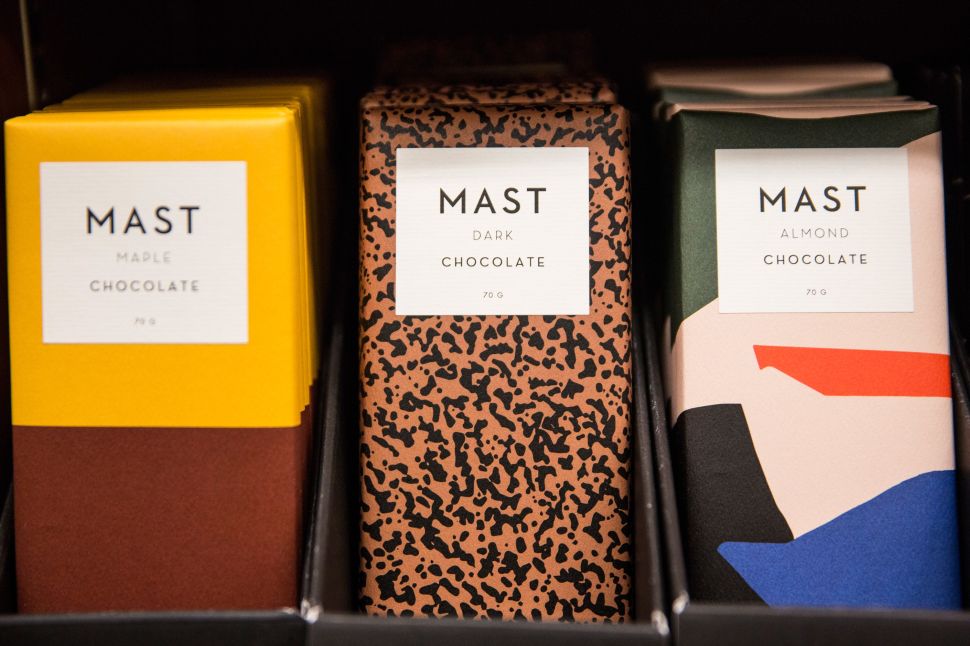