Dreamcaps is a series in which I write recaps for episodes of TV shows that do not exist. That means I make up absolutely everything, except for the show titles, which are made up by YOU- if you have an idea for a show title you’d like to see recapped, tweet @jennyjaffe! This week’s title comes from @zachfmason

A Dream of Tomorrow’s Tomorrow: The Casey Rabigad Story

If you’re anything like me, you’ve probably already binged all nine hour-long episodes of what Twitter’s been referring to as #ADOTT, and, like me, you’ve probably already converted your bathroom into a mini-forensics studio for sifting through the details of this trial, of which we all now know and understand every single detail because we’ve watched a lot of entertaining content about it. Truly, what Netflix has done with #ADOTT is nothing short of groundbreaking: they’ve turned the audience not into amateur detectives, but into the actual detectives responsible for solving the case.

Indeed, many of us found the at-home detective training course we were forced to watch as a precursor to being allowed to be presented with the case files that have already been turned into so many hilarious memes (like the “rusty nails that look like Casey Rabigad’s shocked face” or that one where it’s #ADOTT gifs tweeted next to lyrics from the hit Broadway musical Hamilton). Many of us also were pretty shocked when the captain of our local police bureau showed up at our door to swear us in as judge, jury, and executioner on the case of which we’d be meticulously learning the details while also scrolling through Twitter, doing laundry, and ordering take out.

Before I jump into the details of what happened when we, as a nation, decided whom to pick up our pitchforks against in this incredibly complicated and nuanced case whose outcome had real-world consequences on the people involved and their families, can we just talk about how TOTALLY HILARIOUS that judge’s weird voice was? I’m so glad Judge Davison listened to our collective outcry and sentenced Pete MacGowan, Casey Rabigad’s suspected murderer and killer, to death. And if you haven’t heard it yet, please go to YouTube and type in “Judge+Davison+Hotline+Bling” because it’s funny as balls.

I probably should have said “spoiler alert” a few seconds ago, but #ADOTT has been out for three days so if you haven’t watched it all yet, that’s on you.

Anyway, yes, A Dream of Tomorrow’s Tomorrow: The Casey Rabigad Story is the documentary/dramatization/still active case that America’s unwashed masses now get to weigh in on about a popular college student, Casey Rabigad, whose disappearance and the subsequent implication of two of her small town’s most prominent figures shook Frankenmuth, Michigan to the core, and delighted millions of us as we shoveled popcorn into our face and bleated “More, MORE, we require satiation!”

The two suspects in the disappearance were Matthew Van Sussen, a charming city councilman who once publicly declared “I hate Casey Rabigad and one day I will kidnap her and kill her”, and the aforementioned Pete MacGowan, a sort of quiet nice guy who had a weird little rat face, you know? The series does a wonderful job of cutting back and forth between details of Casey’s cheerful Michigan upbringing, her quaint home life, the facts of the case, including the copious amounts of Van Sussen’s DNA found on Rabigad’s body, and the juicy parts we actually liked where there were murder details.

The best moments of Making a Mur—I mean Seria—I mean, uh, A Dream of Tomorrow’s Tomorrow zip along, much like Rabigad must have before she was abducted from that zipline facility. But for a few episodes in the middle, when very little juicy new information is being presented about fun stuff like murder weapons and body parts getting chopped up, the show starts to drag. For example, all that stuff about “due process” and “redacted information for the safety of the suspects’ families”? Yawwwwn. At that point I’d already made up my mind who the killer was and according to Twitter, most of you guys had, too. And we were OFFICIALLY THE DETECTIVES ON THIS CASE, so why did they have to tell us any more about it than we already knew- him being the murderer made for a better story. Now tell  me how that isn’t the most compelling information of all?

For my part, I’m glad that little weasel man Pete MacGowan is gonna fry. He’s just like… really off-putting, you know? Like even if he didn’t do it, he shouldn’t have had such a frowny face. So what, the facts were on his side? That’s not gonna save you from the court of public opinion.

I guess now we just have to figure out what we’re planning to do with our newfound status as local detectives/Judge Dredd-types. I think I’m gonna smoke a bowl and watch Investigation Discovery, you? 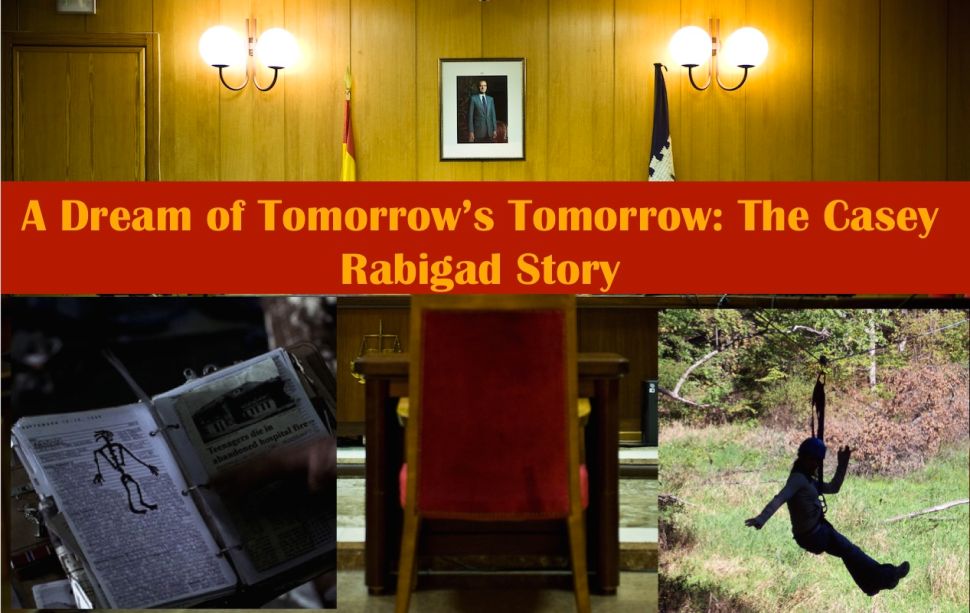