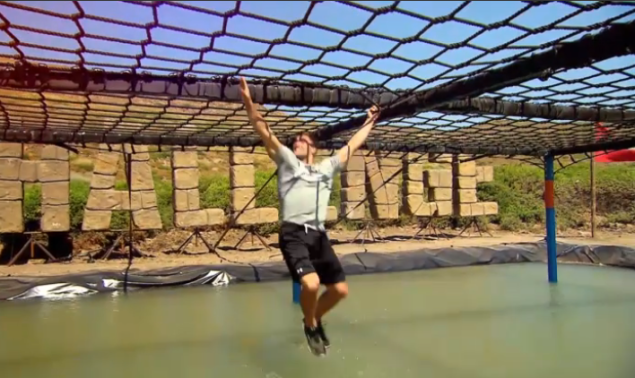 CT usually demolishes the Challenge. This week he demos it.

Here is a quick history lesson. Back in 2008, it was doubtful we were ever going to get another CT appearance on the Challenge. In an early episode of Ruins II, CT allegedly, possibly hooked up on the roof of the house. He got into an argument with Diem. And then he fought the entire house. Like he literally fought the house. He punched Adam and then fought off six of the biggest guys who were trying to break up the fight. But that is not the literal part. On his way out, he was hitting doors and walls. If you watch closely for the rest of the season, you can see remnants of the damage CT did all over that house. One door looked like wet tissue paper after he was done with it. CT literally fought a house. And it wasn’t the first time he had been kicked off a show. This looked like it was going to be it for Mr. PepperSauce. Then in 2010, two full seasons later, the Challenge producers cut what is still the best promo I have ever seen. It was for Cutthroat and it had all of the standard action and fighting shots. But at the very, very end, someone’s voice screams out “IS THAT CT?” and it cuts to CT’s very, very intense face. And then all the oceans rose a full foot because everybody on the planet all inhaled a huge gasp at the same time. I just watched this for the thousandth time and I still get Rocky-beating-Apollo goosebumps when I heard those words. “IS THAT CT?!?” We had to wait almost the full season to get to that moment. And how could we know from the promo that it would lead to one of the most controversial (and entertaining) eliminations of all-time? By the end of that episode, we would see CT wear John Bananas like a backpack and toss him into a pile of garbage cans. CT was back. And it lead to a total redemption tour. We heard about him losing his brother, which was a huge part of his anger. He finally won a Challenge. He squashed his beef with Adam on Rivals. And most importantly, he reconnected with Diem on Battle of the Exes and beyond leading up to his being bedside with her up until her unfortunate passing from cancer last year. But it all began with that promo.

The Challenge producers are the Martin Scorcese of cutting promos and CT is their DiCaprio. The Challenge producers are the Ari Gold of selling flop movies off a solid two minute coming attraction. The Challenge producers are the Trackmasters of finding a hot four second break in a record and sampling it into a dope beat. For weeks, we’ve been getting a CT Bloodlines taste. They had to give it to use last night. There were about to be riots. People were demanding CT. And what we got was both beautiful and junk. CT and Diem’s sister Faith came out. But it wasn’t to compete. It wasn’t to see CT house the Challengers and put John Bananas back on his back. They came out to demo how this mud pit comp is supposed to be played. Demo it. These beautiful producer goofball wizards got every usable second of CT’s appearance into that damn promo. They are bigger a Craftsman than a library of Bob Vila books. I bow down to the manipulation. That is the junk part.

The beautiful part was the tribute to Diem. I cannot think about her without getting teary. And them doing an event that mirrors the famous mud-pit when Diem first took off her wig to compete after losing her hair from cancer treatments had me down on my knees like the Platoon poster. I know it was important for her sister to be able to share this side of her sister’s life, too. I have no problem with any of it. Hearing CT call her GI Jane again? Beautiful. But a CT demo? That’s like Jay-Z saying he has a Drake track on Blueprint 3 and then you get all excited and listen to it and all Drake is doing is saying “We off that” on a hook. You gotta give CT a verse, he’s got those bars.

This is the importance of CT in the history of the Challenge. Because he was probably in a total of seven minutes of the episode and yet I don’t want to talk about a single other thing that happened. John’s cousin Vince tried to stir some drama up at the club with CT, with a whole “I heard back in the day, me and you might have been some competition” line. And CT hit him (not literally) with the “back in the day, you’d already be knocked out.” Do the words “knocked out” sound better in any accent than a Boston one? Which by the way I just want to point out quickly, Cara’s cousin Jamie, has a perfect Boston accent. I hope people are picking up on that.

The rest of the ep revolved around a plot for the Red Team to throw a competition in order for Kelly Anne to be safe on the Blue Team. Of course, everyone knew they were throwing it because TJ was standing on the sidelines being like “come on Johnny” while the Abram and Cara Maria hurled insults. And yet somehow the Blue Team still managed to lose. At one point, John basically threw Rianna off the net they had to climb across from above, and she was like “Johnny was really helpful” so maybe not everyone is as onto John Bananas but they’re getting there. KellyAnne ended up in The Pit with Jenna. Jenna has been in The Pit three times this season. Including last night, Jenna has come out of The Pit three times. Is Jenna the best person on the show right now? I am coming close to saying yes. This is how legends are made. The season of The Duel when Wes got thrown in almost every week, and won every week was one of the best performances I’ve ever seen. Jenna is putting up those wins right now.

Next week, MTV cut another CT promo. He’s coming back with a shaved-head Zach. It said “he’s here to wreak some havoc.” I am so amped. They’ll probably have him read some instructions or act as a referee. But if…just if, maybe possibly they bring CT in to compete…ugh, MTV is going to get me every time and I don’t even care. 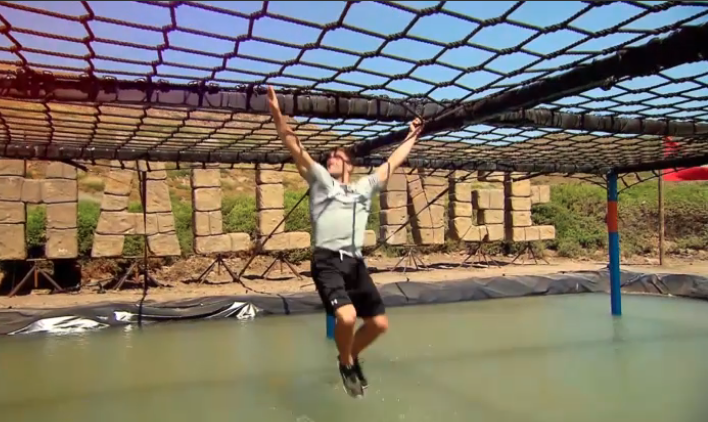