HuffPost Live is dead. With its eight-hour-a-day streaming network, Huffington Post tried to do what every media company out there is scrambling to figure out: video. But, like too many of its desperate peers, HuffPo did exactly the wrong thing: It aped television news—worse, cable news. Oh, yes, the hosts were hip, the outfits ironic, the beards stubbly, the set cool. But the grammar of TV news still ruled: scripted spiels delivered via Teleprompter and let-me-start-with-you, back-and-forth segments all performed in that camera-conscious broadcast voice.

We keep hearing that video is the future. So what it the future of video? I don’t know. TV news itself is only now approaching the desperation phase of disruption that the rest of media started grappling with a decade ago. Desperation is the parent of innovation and that is only beginning. To get a glimpse of what’s possible, I’d look to Facebook and YouTube, not big, old or new media companies.

A few years ago, I speculated that video on mobile devices would require making silent movies—video plus captions—because users would not bother taking out their headphones to watch on the run or would not (I hope) play video with the sound up in public. I did not anticipate the impact Facebook’s decision to auto-play video with sound off would have on the creation of new forms of TV.

The future of video can be anything. There won’t be one answer. It can be one-dimensional or three-dimensional. It can be full of sound or silent. It can be six seconds or two and a half hours long.

AJ+—the youth arm of Al Jazeera—did a brilliant job of exploiting Facebook’s move, creating brief, informative, compelling videos that use the eye candy of motion with concisely written captions to efficiently and effectively inform an audience that watches its videos more than 100 million times a month. Now wise media companies are copying AJ+.

Take a look, too, at how people are experimenting with live video via Facebook Live, and Periscope and Meerkat before that. News outlets are doing the predictable thing: location reports with somebody holding a microphone telling us—rather than showing us—what’s happening. That’s just another copy of old TV news.

At the same time, news personalities are doing other things. Start with the ever-outrageous, reliably creative Ricky Gervais. As soon as he could talk to an audience using Facebook, he took to showing us his cat, Ollie. Oh, goody, a new medium leads to yet more cats? Look past that and you see Mr. Gervais mocking the form, playing with it, stretching it like Silly Putty. He did the same thing very early on with audio podcasts, which he at first made in The Guardian’s small studio, influencing The Guardian—when it started its own podcasts—to adopt his direct, human, ironic voice rather than the plastic broadcast aura of, say, the BBC.

Cenk Uygur, founder and host of The Young Turks, is playing with Facebook Live as Mr. Gervais has. The last live video I watched was of Mr. Uygur complaining about not getting two bars of soap in a hotel. How does that relate to news? It doesn’t. It relates Mr. Uygur to his public. Video isn’t meant to be broadcast. Video is intimate, especially online: You click on somebody’s nose and she or he talks to you, one-to-one. I don’t know what Mr. Uygur will do with live video but I will count on him to find good use for it as a new medium.

At last year’s Vidcon—the Comic Con of YouTubers—I interviewed Mr. Uygur on stage and found it amazing that according to Variety, he ranks seventh among the hottest video stars, alongside the likes of PewDiePie and the Shaytards. My big lesson from attending Vidcon (besides learning that if I don’t take my teenage daughter this year, I will earn the Bad Daddy Award) is that on YouTube and Facebook, video is not content to be consumed. It is an element in a conversation.

Video is a social token. When I share a video with you, I’m not recommending that you watch it as the end-product, the destination. Instead, I’m saying something about me and what I think or feel or about you and our relationship. Thus, in video’s future, it’s best to be personal. Instead of making he-said-she-said reports, it’s better to make something that speaks for people: “Yeah, what she says!”

And instead of standing a mile away from the action and telling us about it, it’s better to take us into the thick of it. That is Vice’s specialty. Its reports from protests and war zones are remarkable for how they bring the camera and us right to the front line.

I wonder what Vice will do with 360-degree video: war all around you. Once again, I would not look first to what news organizations are doing. The New York Times’ maiden voyage into video VR was, of course, worthy, bringing attention to displaced children. But I think the first, best use of immersive video (and photography) is going to be stories about places and scenes rather than people.

The future of video can be anything. There won’t be one answer. It can be one-dimensional or three-dimensional. It can be full of sound or silent. It can be six seconds long or two and a half hours long—that is how much time I’ve devoted at a sitting to the podcast I appear in every week, This Week in Google, part of the TWiT (This Week in Tech) podcast network.

At CUNY, we are going to produce our own show on the TWiT network about New York’s technology scene. And so, like many an old media company—like Huffington Post, which is back at the drawing board, and like The New York Times, which cleared its video house and is starting over again—I’m trying to figure out what it should be. I don’t know yet. All I know is what it won’t be and shouldn’t be: TV news. 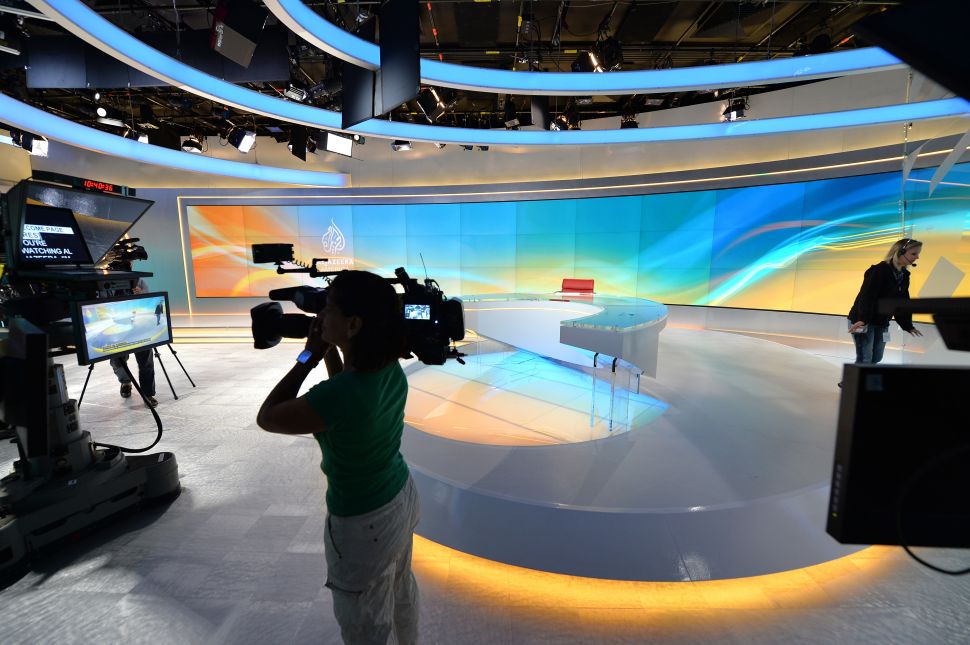