It doesn’t take much to get Jay Jacobs thinking apocalyptic thoughts. Just ask him what it will mean if a Republican is elected president later this year.

“Well, losing the White House wouldn’t be that important. Only the future of the country is at stake,” Mr. Jacobs, the chairman of the Nassau County Democratic Party, said in a recent interview. “If you listen to the cast of characters running on the Republican side, you have to be downright scared.”

There’s a lot to worry about if you’re a Democrat in 2016, putting aside the chaos in the Republican field or the fact that national elections have recently been the Democratic Party’s forte. It goes without saying a Republican president would set about eviscerating the Obama legacy, beginning with the Affordable Care Act and a historic climate change accord signed last year. Immigration reform would be indefinitely tabled.

The inverse would be true for Republicans, of course. A Hillary Clinton or Bernie Sanders victory would mean an extension and bolstering of the Obama legacy, a veritable dystopia for GOP voters everywhere.

The greater truth of 2016, however, is that the Republican Party can suffer another national loss and still retain the ability to reshape large swaths of the United States in its conservative image. With their firm control of the House, which may continue into the next decade, and dominance on the state level, the GOP will remain a substantial oppositional force for a President Clinton or Sanders.

If a Republican becomes president, the immediate future of the Democratic Party—despite the optimism about demographic destiny and self-destructive Republican rhetoric—will be catastrophic. Retaking the Senate this year would be a bright spot and achievable enough, but that would only mask the dismal truth that Democrats have repeatedly failed to win the kinds of down-ballot races that can safeguard progressive priorities like an expanded social safety net and protections for organized labor and the environment.

“There’s this illusion because these days so much of the press is nationalized—there’s an illusion of Democratic strength,” said Gil Troy, a presidential historian and professor of history at McGill University. “The weaknesses of the Democratic Party are quite blatant and a Democratic Party that both loses nationally and two-thirds of state houses and governorships is very much a shell party. It’s a very delicate time for the Democrats.”

You wouldn’t know this listening to the Democratic National Committee, which daily mocks a surreal Republican primary where every heinous insult from billionaire Donald Trump seems to bring him closer to the GOP nomination and Sen. Ted Cruz of Texas, a fellow hardliner, surges in the polls. Democrats are confident Mr. Trump’s alienation of Latinos and Muslims will smear a Republican Party already bleeding nonwhites and younger voters. Mitt Romney carried just 29 percent of Hispanics and 7 percent of blacks in 2012, while the minority share of the electorate only continues to grow.

None of these demographic advantages matter against a sobering truth: the Democratic Party doesn’t have much of a leg to stand on.

Seventy percent of state legislatures, more than 60 percent of governorships, 55 percent of attorneys general and secretaries of state are all under Republican control. Working in concert with a Republican White House, they would have the collective ability to usher in an era of conservative dominance unrivaled in recent times. Single-party Republican rule now exists in 25 states. Democrats control seven.

“If Democrats wake up the morning after November 8, 2016 and realize, ‘Geeze, we lost the White House,’ it will be quite devastating and shine a spotlight on how thin their resources are, how evanescent the party has become on a state level,” Mr. Troy argued.

At stake, as political insiders know, is the Supreme Court. Four justices are liberal, four are conservative and one, Anthony Kennedy, is typically a swing vote. Retirements loom: liberal Ruth Bader Ginsburg is 82. Conservative Antonin Scalia is 79. Mr. Kennedy is 79.

The next president will appoint replacements and could mould a court far more united on ideological grounds. If Americans had any doubts about the ability of the Supreme Court to dramatically reshape the country as much as any executive, those were put to rest in the last decade, when rulings on campaign finance, same-sex marriage and voting rights upended long-held precedents.

A Democratic president would be able to nominate left-leaning justices to offset Republican strength on every other level of government, as President Obama did with Sonia Sotomayor and Elena Kagan, relatively young justices who will likely serve for decades to come. A Republican president, obviously, would do the opposite.

A Republican victory in 2016 would mark a greater level of dominance for the party than at any point in the last half century or so, including Richard Nixon’s sweep to power in 1968 and Ronald Reagan’s revitalization of the conservative movement in 1980. In both instances, Democrats held a firm grip on the House and plenty of statehouses throughout the country. With more ideological overlap between the two parties, there were plenty of opportunities for collaboration—a way to ensure a minority party still had some say.

“The only thing roughly comparable would be Reagan’s victory in 1980, but even then the polarization was not nearly as great as it is today,” said Allan Lichtman, a professor of history at American University and author of the The Keys to the White House. “A Republican victory would fundamentally reorder the domestic and international priorities of the country.”

The Democrats need to win because their safety net, in every sense, has been eroded. While they’ve won the popular vote five of the last six times, off-year cycles have been an abject disaster since President Obama took office in 2009.

“Obviously it’s a critical election and it’s especially important because the pendulum keeps swinging between presidential year and off-year elections,” said R.T. Rybak, a vice chair of the DNC and the former mayor of Minneapolis. “Democrats did well both times President Obama was on ballot and I’m expecting that to be the same this cycle, while hopefully we do a lot of better in off-year elections.”

“Hopefully” is the operative word. The Obama Democratic Party crafted a winning coalition of younger, nonwhite voters to win in 2008 and 2012, energizing voters around Mr. Obama’s history-making candidacy and singular charisma. When Mr. Obama did not appear on the ballot in 2010, the Tea Party revolution arrived.

After they were caught flat-footed that year, national Democrats believed they had a plan to stop the bleeding in 2014. Congressman Steve Israel of Long Island, then the chairman of the Democratic Congressional Campaign Committee, told Salon in 2013 a renewed micro-targeting operation would pull Obama voters to the polls for other Democrats.

“We know, almost on a precinct level, where there’s going to be a drop-off in turnout. As long as we can anticipate that and work it, we won’t be surprised like we were in 2010 when there was no awareness of how bad the turnout was going to be,” Mr. Israel said.

Instead, 2014 saw startling Republican gains on all levels across America. Even traditional Democratic strongholds like Illinois, Massachusetts and Maryland elected Republican governors, while the House GOP gained its greatest majority since the Truman administration. The Obama voters never showed up, while an older, whiter electorate came out in full force, just as they did in 2010. Lower turnout is a blessing for today’s GOP.

It’s not clear the Democrats have any plan for 2018, another midterm year, or 2020, when winning Republicans will have a chance to redraw district lines for another decade. Couple that with the fact that growing numbers of Democrats are concentrated in urban areas, and therefore fewer congressional districts, and the consequences for a loss in 2016 are all the more dire.

Blacks outvoted whites in 2012, one saving grace for forward-looking Democrats. Yet working class white voters, traditionally aligned with Democrats on economic issues, are backing away from an urban-centric, socially liberal party. Even in the throes of a supposed decline, whites are expected to be 70 percent of the electorate this fall.

Yes, as Peter Beinart recently argued in The Atlantic, the country may ultimately be tilting left, shifting the terms of political debate. Mr. Sanders’ ability to fire up millenials and party activists the way Mr. Obama once could is some proof of this.

There is also, for Democrats, the perverse hope that a bumbling, unpopular Republican president would spur a Democratic backlash across the land, à la the Democratic takeover of the House and Senate in 2006. For now, that’s a long-shot.

“In the short term we could end up with Republicans running the country. I think in the longer term that’s good,” said Dick Harpootlian, the former chairman of the South Carolina Democratic Party. “Every time the Republicans have run anything, they’ve the screwed pooch.” 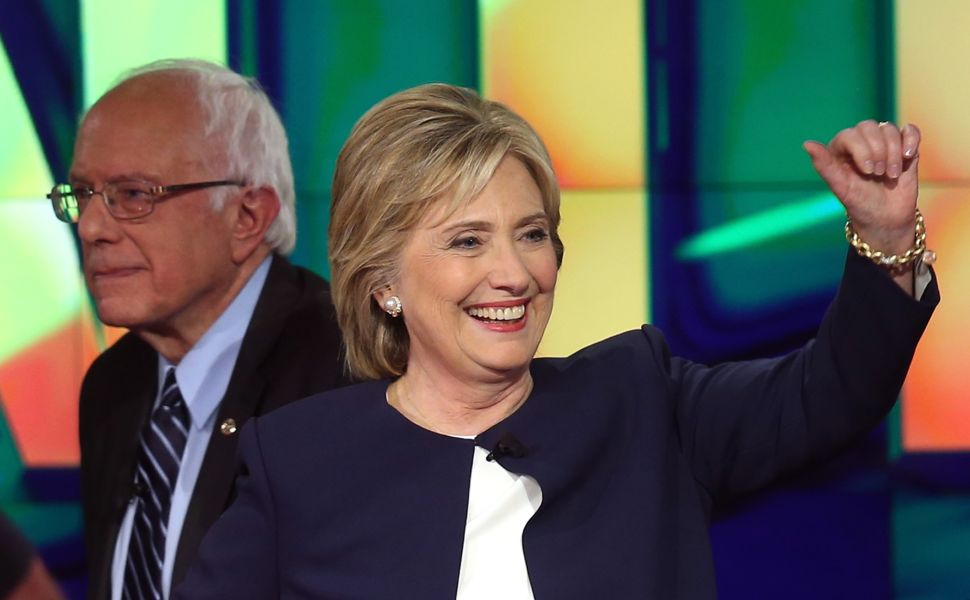