On paper (and I don’t mean the script) this series looked like a hit and from the perspective of the SyFy channel that may be the case. You’ve got a Hugo award nominee as its source material and cast that includes alumni from hit television shows like Breaking Bad, Mad Men, The Wire and 24. But after 6 episodes I can no longer force myself to like this show just because it’s science fiction and just because I appreciate the nuanced acting style of Tom Jane.

The marketing told me I should love it and I almost bought into that, but continuing to compare it to Battlestar Galactica and selling it that way does an injustice to a show that transcended its own genre and sets the bar too high for The Expanse. Below the very thin surface of acceptable CGI, cool costumes, Tom Jane badassery, and futuristic NYC, The Expanse is another shallow addition to SyFy’s grab bag of b-movie flavored television shows.

While the show’s been already picked up for another season, that doesn’t mean it’s good. It means it’s good enough for SyFy, a network that has greenlit not 1 but 3 Sharknado movies starring Tara Reid.

If you read my recap of episode 5 you know that I had hope. I really did. The show seemed to refresh itself and focus on tightening up the storylines for the many characters on the show and even touched on the backstory for Chad Coleman’s (The Wire, Walking Dead) character Fred Johnson. I noticed on my news feed recently that SyFy was using him to draw in an audience by painfully advertising “From Baltimore to..”. NO.NO. No. Don’t you dare use The Wire to market this show. That’s not how this works.

The Expanse is already riding on the coattails of Battlestar Galactica and failing pretty hard to do so. Yes, space battles are cool and spaceships are cool but you know what’s not cool? a thinly spread cast of characters that don’t have enough screen time or consequences to care about them.

Episode 6 is aptly titled “Rock Bottom” –where I believe the show stands in comparison to the classic shows it attempts to emulate.  It begins on Earth with the same shot of future NYC used multiple times before and brings UN Undersecretary Avasarala back into the mix after being missing from the previous episode. Any developments? Not really. She’s attempting to be her shady self by trying to recruit a spy to keep an eye on Fred Johnson –who she said is overcharging the Mormons for building the “largest spacecraft in human history”.

She’s well aware of his past and may have directly worked with him while he was a UN marine. The previous episode revealed Johnson to be a “butcher” who killed a ship full of unarmed Belters and Avasarala believes he is looking for redemption with his leadership role in the Outer Planets Alliance (OPA). What’s the point of her segment in this episode? To lazily deliver a piece of backstory that you’ll miss if you looked away to check that facebook notification. Her son was killed by the OPA and it’s personal for her. Very complex and intriguing and SyFy should just go ahead and greenlight season 3.

So what’s Cutty up to? I’m going to call him Cutty right now because SyFy wants us to remember that Chad Coleman was on The Wire and we should associate this show with the quality of that show because we’re dumb and we like familiar things and that’s it. Cutty offered refuge to Holden and his crew in the previous episode and they have taken the deal.

There is a tense standoff when the crew’s small spacecraft docks with Tycho station (where Cutty is overseeing the construction of the Mormon spaceship). Holden and him engage in a battle of wits with guns pointed at each side but Holden caves and they become best friends. It’s startlingly stupid how quick they have each other’s trust considering all the spaceships that have been blowing up around them.

Last we saw, the crew of <insert whatever spaceship they are flying this week here> and their leader-but-who-doesn’t-want-to-be, Holden, had a new ship and they christened it with a new name. There was a moment of levity among the characters and it seemed that their story was settling and ready to be explored on a human level. Boy was I wrong.

As soon as they ease into the happenings aboard Tycho station, Holden is ready to go on a mission for Fred Johnson and leave his crew behind for good. Wait, where doing this shit again? Imagine if Star Trek or Firefly had the crew changing ships in every episode and there was a possibility in every episode that the crew would disband forever.

So there’s a bunch of “human” moments where the crew is having drinks in a bar and stuff because they probably aren’t going to see each other again but surprise! They join Holden on his mission to find a key figure in the OPA for Fred Johnson. I totally care that they stayed together and I totally remember all their names 5 episodes in.

Good science fiction is about relating to the struggle of an everyman who finds him or herself in extraordinary circumstances and that everyman having something to protect. I thought this trope would play out with Tom Jane’s Detective Miller. Nope. He was kidnapped by the OPA in the final moments of the previous episode and we find him under interrogation by Anderson Dawes who I find to be one of the more interesting characters on the show because he seems to have a purpose and the character is played menacingly by Mad Men’s Jared Harris.

We learn a little about Dawes’ history and it adds to the overall story of the Belters that occupy the Asteroid Belt. Their story as a whole is tragic and the only interesting thing about The Expanse. Dawes’ is part of the OPA because when he was younger, he was forced to mercy kill his teenage sister after watching her suffer for years due to the inhospitable environment of zero-g in the Asteroid belt. “We are fighting for something special” Dawes explains. He decides that Miller preys on the Belters and decides to have him killed. But to my absolute shock, Miller is rescued by his ambiguous love interest who suddenly finds him and two of his executioners and kills them with perfect body shots. It’s really believable.

There is a subplot in “Rock Bottom” that I did like and it’s the story of a man and his nephew who seem to be independent miners trying to feed their families. This simple little story speaks volumes compared to the convoluted plots spoon-fed to us. We see the man and his nephew capture a giant mineral-rich rock with their busted ship and sub-par equipment while complaining that what they’ve hauled would barely be enough to pay for their trip out there. Moments later, a Mars naval ship boards them to check their papers and permits –which they do not have.

This kind of storytelling is relatable to audiences. Everyone in one way or another finds their local bureaucracy or administration to be a nuisance in their everyday lives. Whether it’s a NYC cab driver that has to pay ridiculous permit fees or a restaurant owner who can’t afford a license to sell alcohol. We can even go as far back as taxation without representation. This is the heart of the struggle for independence. Complete autonomy. The early days of any struggle and especially for the Belters will require sacrifice and an extreme show of defiance –which plays out in this subplot. The man tragically jettisons (that’s scifi speak for stranding something or someone in space) his nephew and launches a suicide attack on the Mars naval ship.

This is the kind of struggle and desperation that we saw in shows like Battlestar and Firefly and it helps the audience find solidarity with certain characters. If The Expanse could apply these notions to the main characters of the show it could at least come close to living up to the standards it set for itself. 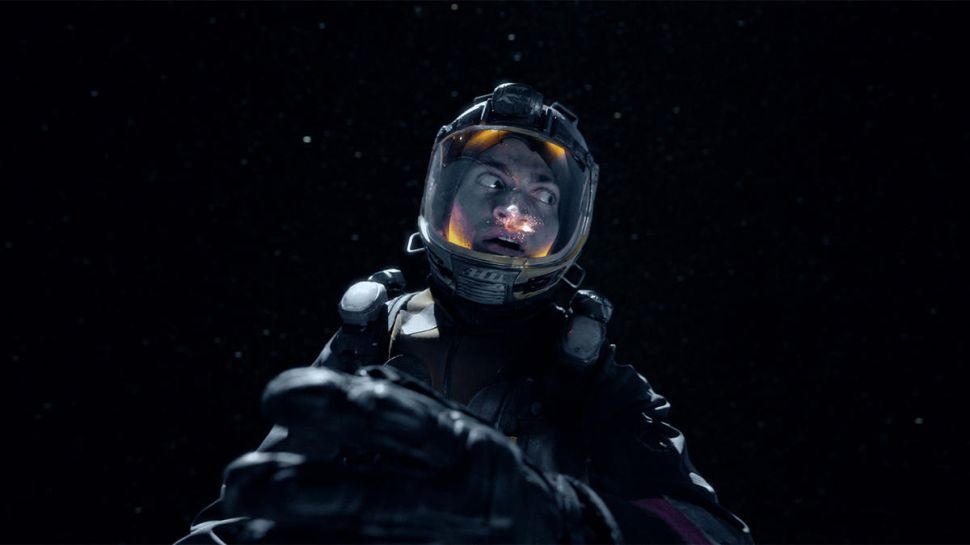