The Golden Globes are one of the most fun awards shows, mostly because the awards themselves don’t really matter. (The Martian won best comedy or musical, for God’s sake!)

No, the fun of the Golden Globes is in watching drunk celebrities make fools of themselves and become Internet fodder. And this year’s show was no exception, with antics from the start, including a hilariously GIF-able moment from two of Hollywood’s biggest stars.

Host Ricky Gervais was at his most caustic, particularly when introducing presenter Mel Gibson. At past Golden Globes ceremonies, Mr. Gervais poked fun at Mr. Gibson’s anti-Semitic rant during a 2006 DUI arrest, during which he also called the arresting officer “sugar tits.”

Once again Mr. Gervais didn’t hold back last night, saying he blamed NBC for the awkward introduction. “We know who Mel blames,” Mr. Gervais added. “But I’d rather have a drink with him than Bill Cosby.”

Mr. Gibson fired back, “I love seeing Ricky every three years because it reminds me to get a colonoscopy.” But Mr. Gervais got the last laugh when he asked the Mad Max star, “What the fuck is sugar tits?”

In an awkward battle between Mel Gibson and Ricky Gervais, everyone loses. #GoldenGIobes

So glad that Mel Gibson has redeemed himself in Hollywood's eyes by doing absolutely nothing.

And if Mel Gibson doesn’t care about having his Anti-Semitism joked about… Maybe NBC shouldn’t have him on TV.

Mel Gibson and Ricky Gervais deserve each other

Last night it happened again, as Mr. Tarantino referred to film composing as a “ghetto” while comparing Mr. Morricone to Mozart and Schubert. Presenter Jamie Foxx, who followed Mr. Tarantino on stage, was visibly offended, as was much of the Internet:

Quote of the night: Jamie Foxx walking up to the microphone and with ZERO affect, repeating Quentin Tarantino saying "Ghetto."

everyone in the audience when Quentin Tarantino said ghetto. #GoldenGlobes pic.twitter.com/pgG1q7Wv20

V/O: Accepting for Ennio Morricone is director Quentin Tarantino. Tarantino: [to Jamie Foxx] Hey, it's cool if I use that word. Anyway,

Things got a lot more fun when Lady Gaga won best actress in a miniseries/TV movie for American Horror Story: Hotel. On her way up to the stage, her gown brushed against Leonardo DiCaprio’s tuxedo, and The Revenant actor recoiled in the GIF seen ’round the world (in fact, it was the most tweeted about moment of the night):

We're led to believe Leo endured weeks of hardship on The Revenant when this is how he reacts to a shoulder tap? pic.twitter.com/0FI8RP5S0Y

Leo will take on a bear, but perhaps not a pop star #GoldenGlobes https://t.co/5CKjNAeK6v

When your ex literally bumps into you on a night out… #GoldenGlobes https://t.co/XXpBHeMNlK https://t.co/xUaTDmuuPn

When you're giggling with your teammate at practice and coach walks by 😳🤐 https://t.co/uxIvsLLkr9

The video of Lady Gaga and Leonardo DiCaprio is this generation's Zapruder film.

The fireworks continued after the show when Jennifer Lawrence, winner of best actress in a comedy for Joy, berated a reporter in the press room for looking at his phone while asking a question. But the reporter was not a native English speaker, and rather than being rude was just trying to pronounce words correctly. Twitter promptly turned on Ms. Lawrence:

How rude can Jennifer Lawrence be before we stop considering her some quirky perfect covergirl? https://t.co/CVYLbc9kbw

What Jennifer Lawrence did to that reporter wasn't feminist it was rude and unkind.

Wow, Jennifer. You're so cool and sassy. So edgy. Sorry English isn't the first language for everyone. :/ https://t.co/l4HMJ0GG17

lol jennifer lawrence calling out that reporter was not "quirky". it was rude and entitled and embarrassed someone just tryna doing his job

and here we see jennifer lawrence assuming everyone in the world speaks perfect english and doesn't need help https://t.co/AML9C7CEmZ

There ya go, folks. The biggest headline of this year’s Golden Globes: the J-Law backlash has begun. 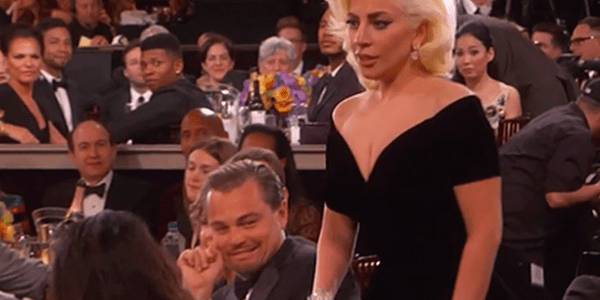