Chris Hughes is planning to sell The New Republic, he announced this morning in an email to staff that he posted on Medium.

“I have some difficult news today: I have decided to put The New Republic up for sale. I bought this company nearly four years ago to ensure its survival and give it the financial runway to experiment with new business models in a time of immense change in media,” Mr. Hughes wrote in his staff memo. “After investing a great deal of time, energy, and over $20 million, I have come to the conclusion that it is time for new leadership and vision at The New Republic.”

Turns out, it’s not so easy to turn a left-leaning magazine of ideas into a “a vertically integrated digital media company.” But in his memo, the still baby-faced Facebook co-founder, who bought the title in 2012, claimed that the controversial mass exit that followed the magazine owner’s plan to reinvent TNR, while not a success, was also not exactly a failure. It’s just hard!

“As many know, in 2014 I broke with legacy editors over fundamental questions of how digitally-oriented and business-focused this place should be,” he wrote. “It was clear then, as it is now, that any acrimony was motivated by deep passion and care for an institution that is bigger than any one of us. Our disagreement didn’t help our ability to make The New Republic viable today, but it also did not spell our demise.”

Mr. Hughes said he will talk to potential buyers in the coming weeks, during which time the staff will “remain in place and fully supported.” 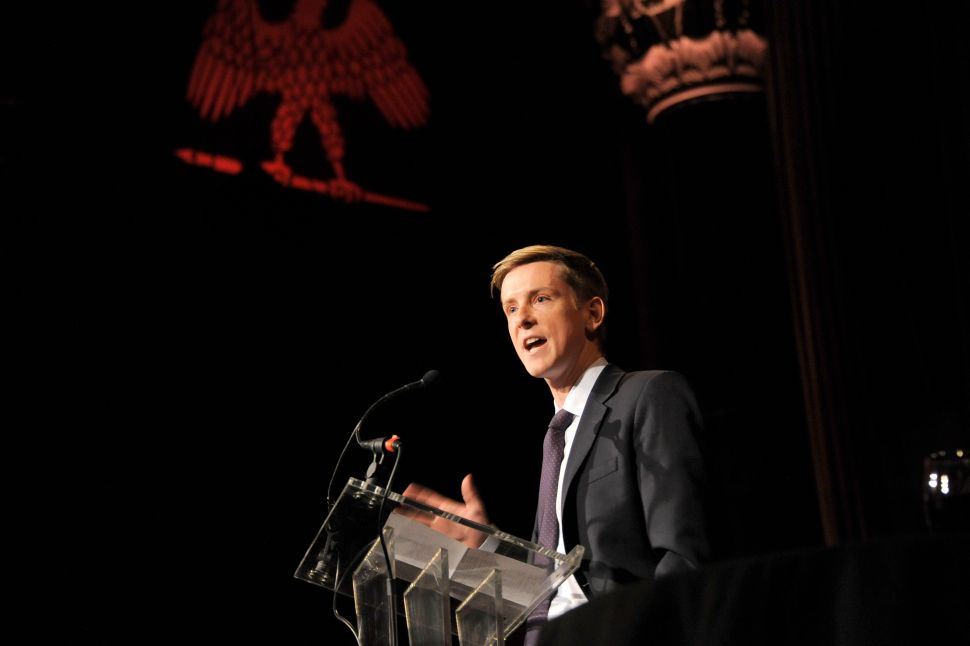